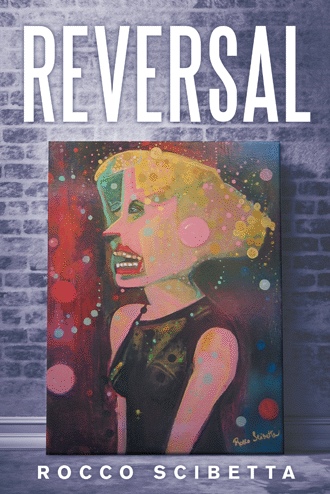 It was the year of her tenth birthday. It was a year that began with a fragile memory that locked itself in the mind of a young girl. As a young child, bearing the gift for remembering such things, she carried that year in her heart for the rest of her life. It began with winter; that particular year. Winter became the spring; by the time the brownness of autumn came to be, death was already creeping in slowly making its velleity known; the slight vapor of a wish; not accompanied as of yet by any effort or action, or even a sinister thought as to how to entertain it. This wish; ever so slight was bestowed that year on a morose, young child fated to walk the glorious atrium of fame and terrible beauty.

Sarah Dylan Welles sat at her desk with her hands clasped nervously around the edge of her text books. She especially liked the Thick History book that she always placed on top of the others; not so much for its content, but more so for the fabric veneer cover that frayed at the corner edges exposing silky linen like fibers; tightly woven around a soft splintered cardboard pushing through. Sara has a compulsion to fidget; rubbing soft materials such as silk labels and pinched fabrics between her thumb and fore fingers. She would sometimes in her bed fold the cloth of the broad linen bed sheet in such a way that she could rub the cuticle of her index finger against the pointed cloth causing a sensation of gentle calm and well-being, a euphoria she would never be able to explain throughout her life. It was a minor compulsion that may have manifested after being hospitalized for a childhood illness when she was four. An experience she can feel more than remember. This déjà vu disorientation became a familiar experience to her stemming from a melancholy place in her psychic memory. Her Aunt Caroline-over protective, mothering Aunt Caroline would visit her at the hospital, on one occasion she brought a cloth doll that Sarah attached herself too; sort of a surrogate “Auntie” for lack of a better term. It became comfort to her after visitor hours ended. Being only a very young child confused by illness and fever, the primary emotions Sarah was to be saddened with was Love, longing and abandonment. Sarah grew into a tall lanky fourth grader, graceful like a cat, never clumsy or awkward. She could be; and was pretty, very pretty, however the first impression most people experienced right off was that of a gothic malaise; a disquiet that emanated from her dark linen Hair and large absorbing eyes. Her hair was especially captivating. They were flaxen strands laid one upon another in a heaping design like the polyester assembly of a doll wig. So dark was her hair that glimpses of Persian blue would radiate; and then The eyes, those extraordinary eyes, huge like plump olives and just the same dull umber hue; large enough to see the world in all directions while lackluster enough not lending her feelings any description at all; a trait that would serve her well throughout her life. She was a Pale child. Her skin was so thin and translucent at the temples that sometimes Aunt Caroline could trace the blue of her veins pulsing as she slept. Caroline recalls Sarah’s Father possessing the same rhythmic throbbing characteristic as he slept on those teenage slumber binges below the pier…

From her humble beginnings in Barn Hope Maryland, It was clear from the start that Sarah Dylan Welles had a gift that would destine her for greatness. On her tenth birthday, she learns a shocking truth that will change her life forever.

Nicolette Castro, an aspiring Dancer, and choreographer along with boyfriend Vincent Galle contemporary artist and painter are on their way to making their own dreams come true under the lights of the big city until a surprise pregnancy hurls them into a reality tailspin. Together with the help of a mysterious mutual friend from the past, they discover that love, loyalty and friendship triumph over bohemian mishaps; thus teaching them that each one of them has the potential to save the other from despair.

In this modern Romance that lures the reader into a provocative art world, lovable characters intertwine, while life comes full circle forcing all players good and bad to grow up in public as fate lifts a helping and sometimes tragic hand to make dreams come true.

Rocco Scibetta is an active contemporary artist and a fine art enthusiast who has recently crossed over from writing screenplays to novels. He is the author of the humorous satire Apples from the Garden of Eden. Rocco resides in New Jersey, where he enjoys exploring the rich culture of urban surrealism.