The Art of Becoming a Multimillionaire Real Estate Investor 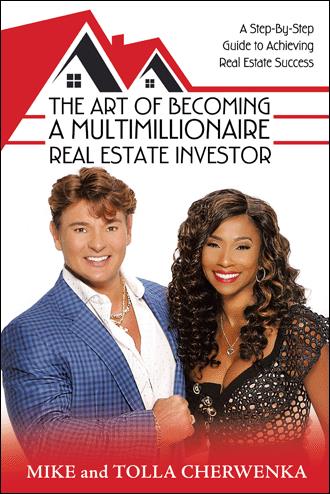 Amazingly, our greatest accomplishments and victories were off the heels of our greatest adversity. We have been broke -> rich -> broke -> stupid rich and stupid broke; however, the bad times didn't break us. During the 2007 - 2012 economic collapse, many seasoned investors were broken or left with a fraction of their previous fortune. At the peak of the collapse, we constantly heard about people committing suicide because they thought the market will never come back Others left the industry permanently.

We lost everything in the collapse. It was time for us to decrease so that God can increase to prepare for the new blessing that were coming our way. When everyone was saying the market was not back, God was empowering us with the confidence that it was back and to act now! We stepped out on faith and started buying homes at a strategic pace. It was time for our territory to expand.

9 Now Jabez was more honorable than his brothers, and his mother called his name Jabez, saying, “Because I bore him in pain.” 10 And Jabez called on the God of Israel saying, “Oh, that You would bless me indeed, and enlarge my territory, that Your hand would be with me, and that You would keep me from evil, that I may not cause pain!” So God granted him what he requested.

Ask for God’s blessing, then move in faith. To obtain our increased territory, we are working in the following roles in the real estate transaction?

We will discuss the activities in a step-by-step process for each of these roles that make us successful throughout this book. Buckle up as we take you on an easy to read ride to building your real estate wealth.

In The Art of Becoming a Multimillionaire Real Estate Investor, the Godfather and First Lady of real estate, Mike and Tolla Cherwenka, reveal the secrets behind their success in fixing and flipping houses.

Using an array of personal examples and stories, the Cherwenkas detail six key steps to obtaining your real estate goals. Whether you have investing goals of flipping one house per year or two per week, this guide will help pave your way to reputable real estate success. It teaches you to:

• have an unbreakable focus;
• get money (good or bad credit/money or no money);
• find the right property;
• stage it so it sells; and
• sell with large returns.

The Art of Becoming a Multimillionaire Real Estate Investor offers an informative, enthusiastic, and realistic look at investing in real estate. It includes both psychological and practical advice to help you overcome your fears and resistance to taking on the challenge as well as the nuts-and-bolts knowledge needed to act and succeed.

Mike Cherwenka is known as the “Godfather of Fix-and-Flip” because he has flipped more than 2,100 homes. He also fosters real estate investors on their journeys to becoming experienced investors. Cherwenka teaches through a hands-on flipping experience.
Tolla Cherwenka started flipping luxury homes in upscale communities in Atlanta, Georgia, in 2005. Additionally, she is a worldwide thought leader and business-transformation architect for a Fortune 500 software company.