The Truth Be Damned 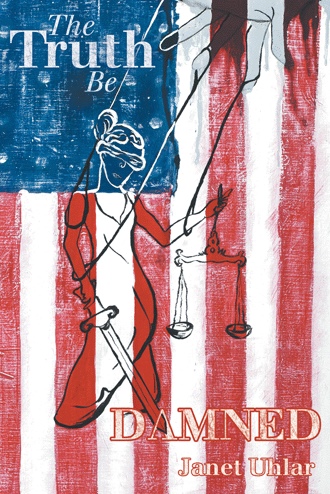 For the last time, Smitty instructed us to line up and led us down the familiar flight of stairs. For the last time, we waited outside the closed door that led into the courtroom, Amy’s hand resting on the knob. No words were spoken. The gravity of the situation weighed heavily on all.

Amy opened the door, and one last time announced, “All rise for the jury.” Anxious stares from each attorney met ours. I could empathize with the likely stirring in their bowels as the twisting and turning began in mine. The families of the victims mirrored the same trepidation reflected on the face of Thomas Devaney, his, no doubt, brought on by dread of the inevitable—life in prison. Yet as his eyes anxiously scanned each member of the jury, I questioned my former thought. He knew from day one that he would spend the rest of his life in prison. His attorney told us he was guilty. So why the anxious anticipation? For the first time, our eyes met, and his anxiety became clear. So many facts were kept from the jury, and much of the testimony presented under oath was far less than truth. Did anyone realize that? Did anyone care?

The anxiety of the families was transparent. Our decision would continue their imprisonment within of the emotional horror each carried, or else offer closure and help them break free from the shackles they bore. The tension in their bodies was evident. The agony of their countenance was almost too much to bear.

The judge had us remain standing, and asked if we had completed our decisions. Richard answered yes, and was asked to give the completed verdict sheet to Amy.

We continued to stand. Devaney and his attorneys were instructed to do the same. Chavere and Altier sat, with what I presumed to be a copy of the verdict sheet in front of them. Their pens were ready to mark down whatever was read.

Amy started announcing the charges one by one, followed by our verdict.

My body began to tremble. I felt like I was going to be sick as perspiration beaded. I looked straight ahead at Devaney. So far, he was taking the blows with resigned passivity.

When the murder charges were read individually, I closed my eyes. The first three were the Sacchetti murders. All of these, I knew, were not proven. Murmuring began in the gallery as the first was announced. The widow Monahan’s tormented cry echoed in my head when the second was declared not proven. I didn’t dare open my eyes. I was afraid I would vomit. Judge Blake asked for silence. Mrs. Monahan couldn’t stop.

Forcing my eyes open, I looked at her, desperately wanting to yell, “Wait! Wait, dear lady! You’ll find some closure today!” I could do nothing but witness her grief as Amy continued to go through the first three murders. With the next declaration of not proven, Mrs. Monahan’s panic intensified.

My heart threatened to violently leap from my chest. My legs began to wobble. I focused on breathing. Inhale, Alex. Exhale slowly.

Next on the list was the brutal death of Donald Monahan.

Amy began to read the charge.

Mrs. Monahan seemed to stop breathing. Two sobbing daughters supported her body on each side. The third daughter, her face contorted with rage, fixed a threatening glare on the jury.

The courtroom became blurry, and Amy’s words became like those on a warped tape recording, dragging slowly.

Just say it, Amy! Dammit, say it! I realized that I, too, had stopped breathing. Inhale, inhale.

Cries of sorrowful joy came from Mrs. Monahan and two of the daughters. The third sprung from the bench, climbing over those in the way, and quickly left the courtroom.

The O’Leary murder was announced as proven.

The next murders were those of Marty Hill and his friend Billy Manning. Amy announced the proven verdict for Hill. For Manning, it was not proven.

A cry came from the gallery as the family of Billy Manning released their shock. Tears began to run down my cheeks. My gaze fell on Chavere and Altier. Their only concern was to mark the verdict sheet like gamblers at a racetrack.

God damn your souls to hell! I screamed within. This family has no closure because you didn’t care enough to give us more than two mentions of his name! God damn you both!

The next murder was that of Carol Pander. “Undecided,” Amy announced.

Herman Pander stood, disrupting the court, and forced his way out of the bench. He fell over the woman seated on the end. Without a word to the stunned woman, he bounded toward the courtroom door.

Amy continued. Of the twenty-five counts, Devaney was found guilty of twenty-three. Of the sixteen murders, nine were proven.

It was done. Judge Blake thanked us for our service and released us from jury duty. For the last time, all stood as we left the courtroom.

Silently, we found our seats in the jury room. Everyone was emotionally drained, though a sense of relief was apparent upon the faces of most. Pam’s face reflected torment, tears slowly dripping from her eyes. Mine, no doubt, reflected the same, but not for the same reasons.

When Alex Fischer receives a federal jury summons, she fears it is for the upcoming trial of notorious mob boss, Sly Devaney. She has no interest in organized crime. In her mind, it is an evil world she is unwilling to enter. Alex is the perfect juror.

After she is vetted from over six hundred potential jurors, Alex is selected to sit in on the trial of the decade. As the lengthy trial begins, Devaney’s attorney declares his client guilty of most of the charges in his opening statement, leaving Alex to wonder why the jury is there. Months of testimony reveal shocking acts of government treachery where murder is rewarded and the media is strangely quiet. Traumatized by deliberations and uneasy with the final verdict, Alex begins relentless research to learn why Devaney was silenced. While immersed in her investigation, she interviews many connected to the case, including Devaney. But will she find a way to expose the injustices divulged during whispered confessions of guilt and substantiated claims of innocence?

The Truth Be Damned is a tale of courage, intrigue, and self-discovery as a juror who served on the mob trial of the decade launches her own investigation into the injustices surrounding the complex case.

Janet Uhlar served as a juror in the 2013 trial of mob boss, James (Whitey) J. Bulger. She has extensive knowledge of the foundational principles of American law and is the author of several books on the American Revolution. She believed Bulger’s trial was in stark violation of these principles. Determined to discover the truth, she encountered corruption involving the FBI, DOJ, and CIA. Her communications with Bulger have revealed information never disclosed.