See Wendel Weasel for All the Local News 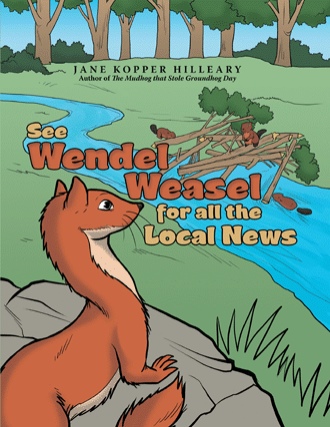 Wendel Weasel was just back from Minnie Adams' house delivering bad news--her right front tire was going flat. He stopped at the riverbank to rest. He was out of breath, and he was out of news to spread. But then he spotted the beavers. His eyes narrowed. Those new beavers were building a dam! Wait until everyone hears about this! And he bounded off to tell them Under a barbed wire fence, through the tall grass and into the forest he raced. At the groundhog hole he skidded to a stop. "That new beaver family," he called down to Uncle Root and Aunt Eartha, "they're damming up the river. We'll all be flooded!" But Uncle Root and Aunt Eartha were sound asleep in their cozy burrow, and they did not hear him. Wendel Weasel raced off. At the rabbit warren he cupped his paws and shouted, "That new beaver family? They're damming up the river. You'll be flooded out!' And he raced on, spreading the news. The rabbits were alarmed. Rabbits couldn't swim! They couldn't climb trees! Many of them even had young bunnies that hadn't learned yet how to hop. How could they all be saved? Where could they go, carrying all those baby bunnies? The squirrels, when they got the news, thought they were safe way up in the trees. But wait a minute! Most of their food came from the ground. Would they go hungry? How long wold the flood last? 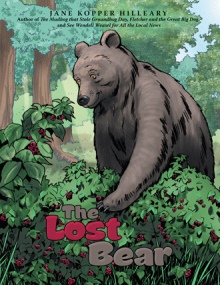 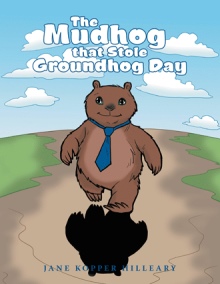 When Wendel Weasel spots a beaver family munching on some trees near the river, he just can’t wait to share the news. He races throughout the forest spreading the word that the beaver residents are building a dam and all of the animals will be flooded out. The rabbits are very worried, as are the squirrels. They plan to take shelter at the Johnson’s barn on the hill where they will be safe from rising water.

But groundhogs Uncle Root and Aunt Eartha can’t believe the news is true. Would the beaver family really put all of the animals’ lives in danger? They need to discover the truth.

A picture book for children, this story captures the warmth and fun of forest creatures who suddenly feel in peril because of false news.

Jane Kopper Hilleary has seven children and sixteen grandchildren. Jane Hilleary lives in Kirkland, Washington. She is the author of several other children’s books. This is the second book of the series.