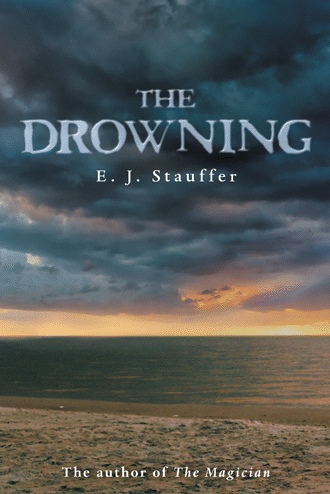 He quickly walked to her, reached under her bra between her breasts, grabbed it and again pulled her toward him. She tried to call out when he slapped and punched her with a closed fist several times. In the moon light, blood running from her nose and mouth looked black as it blended with the black hair that fell across her face. He turned toward the ocean and dragged Danni into deeper water. He let go of her bra and both of his hands went around her throat as he squeezed. The water was deep enough so as the wave came in, he could not only strangle her but, also push her head under the water to drown her. But not yet. He removed his hands and lifted her head out of the water as the wave receded and washed the blood from her face. She ignored the irritation of the salt water on the cuts to her face and lips. Instead Danni gasped for breath and coughed, her calls for help were barely audible. He grabbed her hair and lifted her head, slapped her again causing the blood to flow. She fell forward and tried to crawl onto drier sand. He kicked her hard on the side again, rolling her over onto her back. His hands again went around her throat. After a short time, he removed them. Another wave broke and water went up the beach. He grabbed her under her bra again, lifted and begun to pull her into deeper water. Her bra broke and she fell into the water. Her small white breasts stood out against her well-tanned body but her nakedness was of little interest to him. He reached down, his hand went inside her skirt and he lifted her again. Her torn bra straps slipped off her arms as they hung down. Again, the masked man pulled her further into deeper water. She reached at him as best as she could and grabbed him by the wrist. Unable to break his hold of her skirt, she tried to scratch him. She tried to call for help but the damage he had done to her throat made it impossible for more than a whisper to come out of her mouth. In deep water now, he pushed her head under water, stifling even the whisper. After a moment, he pulled her out of the water. Danni gasped and coughed. He attempted to lift her again by her skirt, it ripped and she fell away into the water. Now down to her panties, she tried to get up. She was on her hands and knees as the water receded. The masked man walked closer to her from behind and put his hands around her neck, lifted her and squeezed. She tried to break free but was too spent to be able to do anything. Arms flailing, he lifted her to a standing position, as he pulled her head back. Hands firmly around the neck, he forced her down so that she sat on her behind. This time he was sure he was going to kill her. Only thing to decide, strangle her or drown her.

A honeymooning couple in Honolulu stops a woman from being murdered in the ocean. The woman, Danni, tells authorities she recognized her attacker. He is none other than Phillipe DeBain, and she believes he was intent on killing her. Too bad DeBain turns up dead in the morgue, apparently beaten to death before his body was dumped.

Four Hawaii detectives now deal with not only an assault and a murder but also the disappearance of a quarter-million dollars. First, how can investigators prove DeBain was Danni’s attacker when he’s now dead? Secondly, who would have wanted DeBain dead, and does it have anything to do with his alleged attack on an innocent woman?

DeBain did, prior to his death, admit to getting rough with the girls he dated—and Danni was one of them. It’s possible she was out for revenge and hired someone to get rid of the man who wanted her dead … but is it probable? This investigation confounds even the most brilliant detective, but one thing is for sure: there’s a murderer on the island who must be stopped.

E.J. Stauffer was born and raised in central Pennsylvania. He holds degrees in art education and theatre design. His career in higher education took him to the Midwest where he began writing fiction and scripts. He is also author of The Magician.