As My Fate Would Have Me 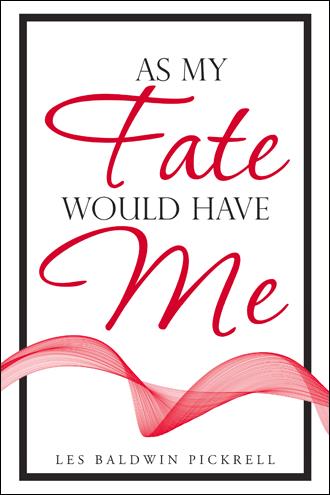 No longer aware of the time spent hiding in the smothering car, Lydia’s mind raced back and
forth from her “prized man” to his “in the way wife.” She perspired out of control sulking
on her vendetta.
Finally, under an elaborate evening sky, the car’s interior cooled. Lydia was able to
breathe more easily. She pulled herself up just enough to peer around the car’s interior. Everything was pristine but tight for space. Lydia felt pinned tight in her spot and wished she could stretch out while awaiting her adversary.
Under a darkening overcast, Pierce's wife raced across the street to a vacant parking lot. She fumbled through her handbag for her keys; then felt silly upon realizing they were dangling on an extended keyring from her purse.
Reassured, Pierce’s wife started to put the key in to the car door but stiffened at the sight of her already unlocked vehicle.
Within a millisecond, cold fear shot through her entire body. Dumbfounded by such carelessness, Pierce’s wife climbed in to the car and hit the automatic door lock then prepared for a rapid departure without engaging her seatbelt as she normally did.
Rumbling thunder crept from afar. Feeling silly about her fears, Pierce’s wife snickered at herself then affixed her seatbelt. Just as she was about to turn on the radio, she changed her mind. The enchanting hums from the heavens were calming, and the soothing scent of rain, a welcoming commodity.
Pierce’s wife shook off the jitters and sucked in nature’s aromatic sedative. It was time to go home. She could not wait to snuggle in bed to finish her favorite novel with a glass of wine. Droplets of rain began tapping on the car as if playing on a drum.
Pierce’s wife started the soundless engine. Using caution before driving, she checked that all was clear, then glimpsed into the rearview mirror only to behold the horrifying reflection of Lydia's blazing eyes!
Drenched in avenging perspiration, Lydia panted, "Don’t scream!"
"Who, who are you?" Frantic, Pierce's wife strained to remain calm.
Lydia scrambled onto the passenger’s seat and sat on her knees. Facing Pierce’s wife with a fiery glare she threatened, “Turn off that damn engine!”
Pierce’s wife followed the order awhile mumbling, “Who are you?”
"I'm the one who's tired of your ass causing shit between me and my freaken man! I’m the one
warning you to back the fuck off! I’m the one telling you, if you ever call my damn house or my man again, I'll kill you!”
Lydia tilted her head to the side dripping sweat. “Now, you know me?" Never breaking her grimace, Lydia pulled a small object from her pants pocket and placed the shiny blade’s tip against Pierce's wife's throat.
"Honey, you have the wrong person." Pierce's wife quivered. “I, I really don’t know you."
For months on end, Pierce lived separately from his wife. He had not warned his docile other-half of the impending parting, nor uttered a sound of dissatisfaction with their nuptial. He simply packed his belongings, placed his suitcase in the guestroom’s closet, then left after his wife headed out to work.
Half a year later, Pierce’s wife had no clue about his whereabouts. She had long given up on finding him until, by chance, she ran in to a friend who informed Pierce was presiding with a young woman and her children. The scathing news, about the only man she ever loved, was demoralizing.
A burst of crashing thunder triggered Pierce’s wife to jump in fright.
Lydia breathed heavily before the object holding her future. “Oh, you definitely know what this is about! One last time, do you remember me?” Lydia sat as if waiting for a sign.
Pierce’s wife recalled an occasion when Pierce’s brother gave her a phone number. Later that day she uneasily dialed.
A giggling girl answered the telephone and asked her to hold without enquiring who was calling. Rustling noises along with the sounds of children talking and laughing engulfed the background before Pierce addressed the caller in a playful matter, "Hallo, this be who, and whatcha want?" He joked, “I said hallo, hallo, and hallo!”
Only silence responded.
The lack of a reply from the other party nearly caused Pierce to hang-up. “Anybody there befoe I hang ya up?” He chuckled. “3, 2, 1…”
Out of the silence, a tender voice broke through.
"I’m, I’m here. It's me, Pierce." The voice nearly paralyzed Pierce. Like a flick of light, he recognized the vocals on the other end. "I want you to know that Lillian gave birth to our first granddaughter, Shayna Rayne, last night. We’re already calling her, Raney." She nervously added.
Morally effected by his wife's voice, Pierce was guilt stricken and uncharacteristically silent. His heart sunk to an all-time low.
"They’re both fine. But I thought you should know being she’s your first grandbaby.” Mary could not defeat the ever-present love for her husband as her heart burst with despairing grief.
Pierce continued his voiceless campaign. His wife blew her nose then added, "They're in Pate’s Central Hospital, on the third…"
Pierce broke in to her discourse, "My Mary." He spoke in a stifled but sincere voice. His wife's own voice grew sorrowful after the baby announcement.
“My Mary, how are you? Do you need anything? Is everything alright?” Guilt flooded his being. Pierce fought grievously to find the right words. “My Mary, I, we need to talk. Love, I’m so sorry ‘bout all this…” Pierce slowly shook his head, “You get the money I sent last week? My Mary, you know I’m always messing up, but I still…”
Out of nowhere, a vile raving Lydia interjected from her bedroom’s telephone line; intruding on
the brief encounter between Pierce and his wife.

Allie Brock, a shy teen living with her mother and sibling, finds it difficult to distinguish herself in their realm of life, and unable to identify with her own. To steer away from constant bouts within her family’s domain, she turns to the dictates of others.

Allie’s gutsy mother, Lydia, steers a desperate quest to find the perfect man to rescue her from a less than idyllic destiny. As Lydia indiscriminately party-on to reach her version of a ‘happily-ever-after,’ her young daughter wriggles and wavers to survive a terrifying journey.

Nonetheless, Lydia’s injurious behavior leads Allie to endure a life-changing horrifying night in which no one hears her pleads. As she struggles to cope with the aftershock, Allie struggles to find ways to reach out for help without breaking the family’s number one rule. When she finally seeks refuge, it comes with unexpected consequences.

Leslie Pickrell is true to heart. Believing that lessons in life forms from most all directions. Good, bad, or in the middle, lessons with stories seek out.

Driven by a vivid imagination and drive for story telling the author delivers a voice of unbinding hope. Encouraged to deliver by those who believed in her she was moved to complete the fictional tale, “As My Fate Would Have Me.” Solely created as a tool of support for those caught in the cracks of abuse and alone, betrayed or abused. Or, as a reference for a love one of someone who in such a cycle.

The author’s drive flourishes in the realm of expecting the unexpected because one never knows what wind is headed their way.