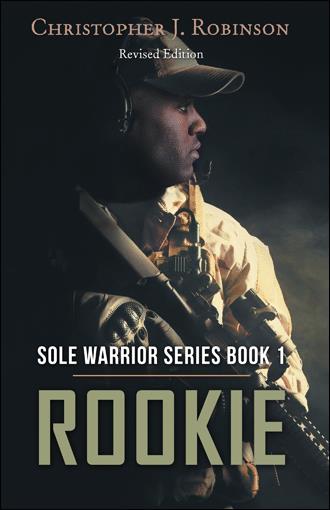 “Hey Riggs, this is Stag checking in, you guys in place yet?”
“Roger that. We’re on the north side of the village, just waiting for the heavy hitters to arrive on the scene. There seems to have been a delay with the two Chinook, so there about 7 minutes out.”
Stag then mic’d over to Will and the others. “Watch your gaps and corners.”
Everyone acknowledged then postured themselves accordingly, against the houses, right as a pair of guards with lanterns rounded the corner speaking to each other in hushed tones. They seemed to be oblivious to the eight commandos hunkered down along the walls of the clay houses. If seen, Will and his Delta brethren would have resembled heavily armed phantoms with eerie looking cowls wrapped around their faces. They wore night vision goggles that looked more like owl eyes, unblinkingly leering at them in the darkness. The futuristic weapons the operators carried would have seemed alien compared to the outdated AK-47's the outlaws proudly shouldered. If only the guards would have looked up from their intense conversation, they would have seen the D boys who for now remained concealed in the black, patiently waiting for the right moment to strike.
Will pressed himself up against the wall as far up as he possibly could, all the while, studying the two guards as they approached.
First, he could hardly believe his eyes. They were so engrossed in their intense conversation that they completely failed to pay any attention to him and his brothers in silhouette form. These guys were complete idiots, he thought.
Stag, who was carefully monitoring the situation from inside an empty house nearby, spoke into his headset to Will and his colleagues, “The Rangers are about two minutes out.”, “So let’s hurry before they get here and ruin our element of surprise.”
“Roger that,” Will responded, hand signaling to the operator at the next house over. They made eye contact, then nodded before stepping out to engage the guards.
“Go.” Will verbalized as they simultaneously stepped from their places in the shadows and placed their lasers on the backs of the first and second terrorists. With cold calculation, Will centered in on the fighter’s spinal column and in one smooth motion he applied enough pressure to his trigger finger causing it to click as he released. Next thing he heard was the hollow crack of his silenced carbine. His target instantly dropped from view of his scope as did the other militant who suffered the same fate as his friend. Now the mission was underway. He and the other operators quickly began the meticulous task of clearing and sweeping through the first and second row of mud houses.

As an African American, Staff Sergeant William Carver defies racial boundaries to gain entrance into the elite counter-terrorist unit, Delta Force. Thrown into the Iraq War, the hunt for Saddam Hussein is full throttle, and Will has made it his personal goal to capture or kill the notorious leader. He works hard to beat the odds and become top of his team.

But his single-minded focus is complicated when he meets a beautiful bartender and starts a whirlwind affair. Torn between two worlds, Will must choose love or country. Despite intense feelings and Will’s dedication to the people he cares for, he eventually abandons the woman he loves for his military career, and so his path is set.

Thanks to his elite training, Will soon uncovers a plot by the Russians to extricate Hussein from his hometown of Ad Dwar. With his quarry almost in his grasp, Will can’t help but look back and wonder about the woman he left behind. He must make the hardest decision of his life. Can he find a way to place an equal balance on love and country, or will he fail and lose it all?

Christopher Robinson was born in Atlanta, Georgia, to a mother who served in the Navy and stepfather who spent twenty-four years in the Marine Corps. Christopher eventually enlisted in the Army Reserve. He was one of the only African American soldiers in his unit at Gowen Field, where he developed a love for his comrades and country.Robinson currently lives in Meridian, Idaho.