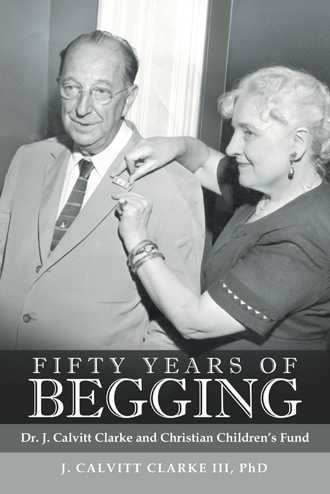 “It’s a darn poor country.” Driving the point home, bedbugs, roaches, fleas, and poor food on board tormented Clarke. The boat left the dock at eight in the morning but anchored in the harbor until noon for passport inspection. Always a little homesick, Clarke wrote that he would be happier “at home than on this tub—but I expected as much before I came—and I am glad I came for it will help one a lot I am sure.”

After a languid day at sea, on August 1, the ship stopped at Trebizond, a port on the southern shore of Black Sea. In the city, hundreds of destitute Greek families lived amid closed shops and filthy streets. Clarke did not go ashore with Vickrey, who faced indignant workers denouncing inadequate funding and demanding that he “put up or shut up.” Noting NER’s plans to remove children in danger zones to Constantinople, Clarke skeptically wrote that we “can’t even get Americans out without difficulty.” The vessel resumed its voyage, and about ten-thirty that night, it anchored at Batum, a Georgian seaport at the eastern end of the Black Sea. In Georgia, which had fallen under Soviet control earlier in 1921, Clarke faced his first disheartening contact with a Communist state.

The next morning, the NER group left the ship and followed a beautiful parkway to NER’s Personnel House. Later, Clarke went for a delightful dip in the sea, hardly disturbed by a woman, who had stripped nearby for her own swim. Afterward, he walked around a “very dead” Batum; most shops were closed, and the few open ones had little to sell. The stark contrast between the beauty of the Black Sea and the poverty-stricken town and nearby refugee camp struck Clarke.

When Clarke’s party left Batum by train for Tiflis, their Red guard stayed behind. Later, some young women came to his “simply terrible” compartment, and two of his companions got wine. One, after a dispute with a Soviet representative, took in a woman with her child. A “very unusual nite” and an “interesting ride.” After little sleep, the party arrived in Tiflis about ten thirty in the morning on August 3. Visiting orphanages along the way, they drove into the mountains, eventually to the Kakheti region. Back in Tiflis, Clarke met some intriguing “youngsters in a park . . . all four living on American bread and wearing American clothes.” He rejoiced that they looked and acted American. In a disturbing contrast with the starvation around them, Soviet officials treated the group sumptuously: “dinner at Soviet headquarters about 8 or 9 courses—very unusual Russian meal—dishes arranged, attractive ice cream served in watermelon basket. All high officials . . . present—Speeches lasted until 1:30 a.m.”

Two days later, Clarke was in Yerevan, Soviet Armenia’s capital and largest city. It was also among the world’s oldest continuously inhabited towns and near one of the Old Testament’s most holy sites, the legendary landing spot of Noah’s Ark. “[A]bout the first thing I saw in the morning was Mount Ararat—really impressive—40 miles from here—looks about 5.” Yerevan, on the other hand, was something else: “the worse we have seen yet. Armenians miserable people—city is too miserable to discuss. Children almost naked.” Clarke drove home the contrast—for himself and officialdom. “Men work for 3 loaves of bread per day and families—Russians are living on this. . . . High officials fare better. . . . Dine in private dining car—excellent meals while children outside die for food.” The stores were empty, and the Soviets were shooting their political enemies. Alexandropol in western Armenia also shocked Clarke. “The country is extremely miserable. Soviets confiscate everything—fine looking hotel confiscated—shops practically empty—rich have homes taken from them and poor live in them. Bring their furniture into palaces—spread wash line thru parlors with clothes hanging in state.” For the rest of his life, Clarke saw Communism through this searing lens of hunger, degradation, expropriation, and murder.

The trip continued apace. On August 7, the group went by automobile to Etchmiadzin and met George V, the head of the Armenian Apostolic Church. Arriving at the Alexandropol train station on August 8, a Soviet band, officials, and swarms of flies met Clarke and his group. While conditions were distinctly better than those in Yerevan, the Georgian Soviet still held “power of life or death.” Amid all this horror, NER was caring for thousands of orphans, many of whom were injured or sick with trachoma, scabies, and malaria. On August 11, Clarke returned to Tiflis and bought amber and some diamonds. The next day, he went to Batum, where he and his group boarded the American destroyer Overton, which sailed that evening. A pleasant trip, on the August 14, he arrived in Constantinople and did more shopping.

Despite minor difficulties getting a passport, Clarke climbed aboard the famous Orient Express on August 16. While he enjoyed the comfortable accommodations and a good supper, he grew impatient with the slow-moving train. He went to bed early—“Glad to be on way West.”

Views from the train window and brief stops, including a half-hour stroll about the station in Sofia, convinced him that Bulgaria was a “much better country than Turkey—Orderly, industrious.” As his train crossed into Serbia, Clarke met the Sofia correspondent for The London Times, and with some pride, he recorded the journalist’s opinion that NER was “doing most staple piece of work in Near East.” The train stopped for about two hours in Belgrade, the capital of the Kingdom of Serbs, Croats, and Slovenes—the future Yugoslavia. Clarke went into the city, which impressed him as “clean and attractive.” Suffering, however, as many travelers do, merchants refused to accept any of the five different kinds of money he was carrying, and on his train, the staff no longer took his Turkish lira.

A consummate and innovative entrepreneur and fundraiser, by the 1950s Dr. J. Calvitt Clarke was running the world’s largest Protestant organization dedicated to the welfare of children. Yet while Dr. Clarke’s life and accomplishments make him one of the twentieth century’s foremost and beloved figures in philanthropy, his legacy is sometimes recorded with confusion, contradiction, and even outright error.

In Fifty Years of Begging, Dr. J. Calvitt Clarke III, author and grandson to Dr. Clarke, navigates the complexities of Dr. Clarke’s personality and intellectual life—and yes, even their contradictions—to offer a detailed and heartfelt profile of this compelling man. Based on hundreds of newspapers and extensive archival research—including a large cache of family papers—Fifty Years of Begging is inspired by Dr. Clarke’s own badly fragmented and scattered manuscript of his unfinished memoirs.

Although both Dr. Clarke and his grandson called Richmond their home, while growing up the author did not know his grandfather well. On the other hand, his work on his grandfather Clarke’s biography did set him on an exciting and enjoyable road of discovery, one that would reveal Dr. J. Calvitt Clarke’s proud heritage and lasting legacy of philanthropy and service.

J. Calvitt Clarke III received his doctoral degree in Russian and Soviet history from the University of Maryland in College Park. Early in his career he spent significant time teaching aboard US Navy ships and at US military bases in Italy, Spain, and the Mediterranean, and once returned to the States, Dr. Clarke taught history for eighteen years at Jacksonville University in Florida. He retired as professor emeritus of history, and he has served on the board of directors for Children, Incorporated. Today Dr. Clarke lives in Lexington, Virginia, with his wife, Mariko Asakawa. Together they have a daughter, Tiffany.