PTSD Will Not Own Me 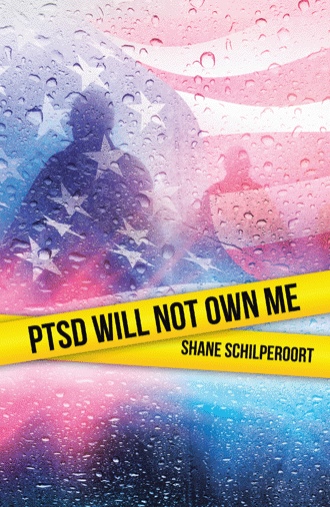 One thing I've learned on this road through PTSD is that you can let your emotions and moods get the better of you easily. Every day happenings in life become larger than they would be without PTSD. Remember what I said earlier, it's how you manage these emotions which determines how you will react. Folks, it's still easy to fall off the boat. I've done it often, and I've had to tread a lot of water on my way back to shore. After my Dad died, and after the funeral, and after all the emotional roller coasters that were ridden upon dealing with my Mom's loss, my Brother's loss, and my loss, I still had to deal with losing my profession.

It had been a year since my shooting. Workman's Compensation ran out, and I was left without a paycheck and a shit ton of paperwork to be filled out to get officially retired. There are no instructions on how to retire from the CHP with PTSD. I got a lot of advice, but there were no written rules on how to make sure I didn't lose any pay in the process. I lost pay. Without that pay came a whirlwind of stress and depression. I had bills to pay with no income to pay them with. I defaulted on loans, got way behind on my Child Support, and nearly lost our home. See, bill collectors and Child Support services don't care about what you're going through, they only care about getting paid. My bank account got levied, threatening letters were sent to my home on a daily basis, and I struggled to deal with life in general. I was falling down the rabbit hole once more, and it was getting really dark. There seemed to be no bottom to this hole, and no magic pills either.

Look, it was easy to fall into a deep depression with the loss of an initial support structure that I thought was in place. From the moment I decided to retire, all communication from my so called friends, cop friends, had ceased. Let's put it to you this way. Have you ever invited someone to your home for a barbecue from work? Your kids played together, maybe your wives got along, and maybe they were the ones you'd hang out and golf or fish with? At work, you'd go to lunch together, help each other out with taking accident reports, or pick up calls for them when you knew they were busy. Then, when you need them the most, they turn their backs on you. No more calls answered, no more texts answered, no more Facebook, or whatever the communication was at the time. It's like you died, but there was no funeral. That's how those "Cop Friends" made me feel.

Sometimes out of the ashes of a fire, new life is born. In my case it was a new friendship that I wouldn't have ever thought possible. An unlikely candidate for friendship while I was employed by the CHP became one of the people I can now call a good friend. Plus, he happened to be the Sergeant on-duty the day my shooting occurred. Remember, Sergeant Mark Tyler (Again, names changed to protect his identity and all)? It appears he was dealing with his own demons as a result of the shooting, and it caused a lot of unrest for him at work. So much so, that he contacted me in February of 2013, and we began a process to get him on the path to healing.

The power of conversation and listening, especially listening, can be a huge ally in the battle for management of one's own emotional wellbeing. So began telephonic conversations, meetings for coffee, and then car rides to group meetings in Fairfield, CA.

What's in Fairfield, CA, you ask? Basically, some 'damaged goods' cops, fire fighters, and paramedics, got together and formed a self-help group with the same philosophies as Alcoholics Anonymous, but this one focused mainly on dealing with PTSD from an emergency responders standpoint. This particular group was comprised mainly of Public Safety Personnel. Which, if you're in that line of work, you can appreciate the comfort level at the meetings. Look, you knew you weren't talking to dirt bags and drug addicts that you arrested or had to work on while out on the streets. It was sort of like a protected party free from scrutiny or degradation. I am certain that if you look hard enough, there is some sort of help in your area for every walk of life. Just ask for the help.

Author Shane Schilperoort’s dreams began at a young age when he was first introduced to the California Highway Patrol. He told his parents he was going to become an officer and be helpful to the public. That dream came to fruition in the late 1990s. Schilperoort served with the CHP for seventeen years before a shooting in 2012 ended his career as a law enforcement officer and began his ordeal with post-traumatic stress disorder.

In PTSD Will Not Own Me, he shares his story beginning with the incident that changed his life. He tells how he dealt with PTSD and how, at first, he let his life be dictated by this debilitating injury. He discusses the depression he experiened and the raw and deep emotions that often got the best of him until he learned to cope.

PTSD Will Not Own Me narrates Schilperoort’s dark and unique journey through PTSD, encouraging others to manage their own injuries and forge ahead in life.

Shane Schilperoort served in the United States Navy during both Desert Storm and Desert Shield. He attended Modesto Junior College and applied for and was accepted into the California Highway Patrol Academy in 1996. After seventeen years of service, Schilperoort was involved in a shooting that ended his career as a law enforcement officer.