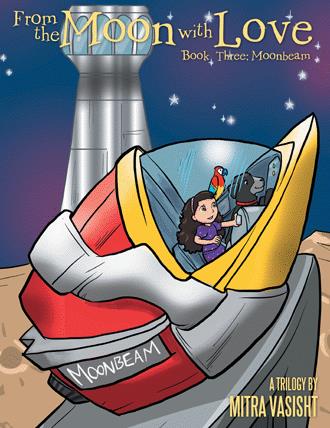 Many centuries ago the Moon and Earth were once partners and ruled the entire galaxy. Their leaders were Juno and Cairn who were inseparable friends. Good Energy, whom the friends called Brahm, guided them through his Book. Good Energy had many names and was always described as kind and positive. The Book taught that Love, Kindness and Tolerance were powerful weapons and could fight all evil. Brahm sometimes spoke to his followers when he needed their help in fighting Evil.

In a distant planet called the Asuros was an evil leader named Dread. His only aim was to destroy the Moon and Earth and its leaders. He was jealous of Juno and Cairn and was always very angry. He surrounded himself with hate and destruction. He loved Negative Energy. His only pleasure was in destruction. He tried to also make his people, the Asurs, as negative as he was.

Dread waged the Great War and wanted to destroy large parts of the Earth. He could not reach the Moon as Good Energy intervened to cast a smoke cloud on the path to the Moon. Dread was able to reach only some parts of Earth. Stories from the war talked about survivors although most of them appeared to have just disappeared. What happened after the Great War? Did anyone survive?

In Book One - Moon Guests - the foundation was laid for a Great Restoration. The young Earth girl Zola kept trying to contact her Moon Friend Luna. On Zola’s sixth birthday, Luna made a dramatic journey to Earth to meet Zola. Book One hinted at special roles for Zola and Luna.

Book Two - Moon Travels - saw Vladden travel to the Moon and survive after a scare. Good Energy appeared as a blue cloud to explain the emergency. Dread had survived and was taking over Earth minds. Action had to be taken urgently. The plan shocked everyone. Zola was to travel alone to the Moon with Percy and Copy. The end of Book Two saw the shocking disappearance of Zola. Her vehicle could not be traced.

What happens next? Read on for the surprising end! 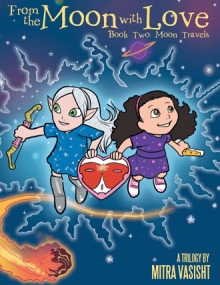 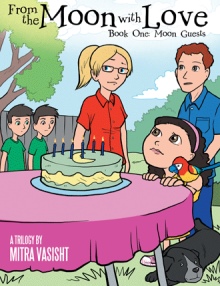 From the Moon with Love: A Trilogy
Mitra Vasisht
$20.45

Moonbeam is the final volume of a trilogy. The story is a fantasy where a group of children and their pets living on Earth and moon are able to save the universe from the spread of evil. Their only weapons are love, kindness, tolerance, and an unshakable faith in the universal good energy.

Book One—Moon Guests—introduces the Moon family to the Earth family. It lays the foundation for the great restoration after the Earth is almost destroyed by evil.

Book Two—Moon Travels—features incredible Earth-moon adventures by the children, which culminates in one of the Earth children getting lost in space with her pets.

Book Three—Moonbeam—is a nail-biting adventure with cliff-hangers for both the families. How can a bunch of children and their pets bring peace to the universe? This book describes the spellbinding adventures of the Earth and Moon families. Will they succeed in their mission?

Mitra Vasisht is a retired career diplomat from India who now lives in the United States. After a lifetime of diplomatic assignments, worldwide travel and extensive reading, she has opted to focus on writing for children. She believes that their capacity to imagine and dream has been, is and will continue to be the driving force of the world’s progress. Her writing is a dedication to children and their future.