A Tale of Unlikely Redemption 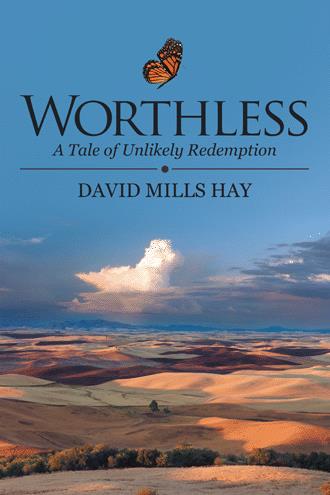 At the river in summer. Hot as an open furnace, but dry heat that desiccated you slowly. And if you ever got too hot, there was always the water. The mighty Columbia, coursing down from the mountains of British Columbia, vast enough to power dam after dam, deep enough to irrigate miles of wheat, cold enough to keep the reactors at Hanford from going China syndrome on them.

The two boys were fishing below the bluffs. Or one was fishing—the taller one had thrown his pole off to the side and was kicking at the banks, looking for rocks to skip.

“This is boring,” he said for the fifth time. “We haven’t caught anything and I’m hot. Let’s do something else.” He let one fly: one, two—damn! It sunk a few yards out.

The boy with the dark hair didn’t answer, not even to say, would you quit throwing rocks in—trying to fish here! He scratched at his t-shirt, which was white without one single hole in it.

The taller boy wiped his hands down his own ragged shirt. “I know, Matt—let’s race our dirt bikes along the river trail.”

“You know we’re not supposed to do that,” Matt said.

“Come on! It’ll be fun and your dad’ll never know. Besides, it’ll cool us off.”

“So would jumping in the river,” Matt pointed out. But he was reeling in his line all the same.

“Thought your dad said we should watch out, swimming,” the other jeered. “’Cause the river’s so high with them letting out that water from Grand Coulee.”

“I didn’t say swim, Jason,” Matt retorted, his lower lip going out. “I said jump in.”

“We do that all the time. We need to do something more exciting.”

He could tell Matt was weakening, so he turned and grabbed his dirt bike off the bank. Before Jason even had the motor started, Matt’s own fishing pole clattered down, and he was running for his. Gunning his bike Jason yelled, “Race you to Painted Rock!”

God, it still made his teeth ache to think of that trail along the river. Calling it a trail probably glorified it. It was no more than a track, half carved out. All moguls and gravel and trying not to let the seat nail him in the nuts as he bounced along. Dust was flying, and the whine of Matt’s bike dropped as he put distance between them.

“I’m beating your chicken ass!” Jason crowed over his shoulder, the roughness of the ride slamming his jaw shut and almost making him bite his tongue. “Beating your ass just like at basketball!”

That must have used up his hubris allowance, because while his head was still turned, his bike hit the Everest of moguls. Next thing he knew, he was airborne, the bike rolling over him in a kaleidoscope of sky, dirt, and metal. And then there was no bike at all—just him—flying.

He hit the river like he’d belly-flopped from the top of the bluffs. Then the brick-hard surface parted and dissolved into water that grabbed him with icy arms and swept him downstream. Head spinning, limbs flailing and trying to fight the current, he noticed one arm wasn’t doing much of anything to obey his commands, and what was left of rational in his brain went missing. He screamed, he thought, with his mouth full of water, or maybe the screaming was all in his head. Matt had jumped off his bike where Jason went in, but when he saw how fast his friend was moving away from him, he scrambled back on and throttled it, trying to keep up.

There wasn’t a chance. At the speed the current moved, Jason thought he’d probably get puréed by a McNary Dam turbine in fifteen minutes.

The river slammed him up against a boulder, tore him off again and sent him rolling bassackwards away. Icy numbness took hold of his hands and feet. Part of him fought it—the one working arm, the head trying to stay clear to gulp in breaths—but as fatigue and pain stalked him, the other part of him almost welcomed it as a mercy. Did it hurt to drown if you couldn’t feel it?

Before he could puzzle this question out, the river bashed him on the head with another rock. He heard Matt shout; he saw the sun dip crazily and wink out. And then there was only darkness and silence.

Count to a hundred, maybe.

Then—light returned. Gradually. Not the sun, but a spinning whiteness, that approached and intensified. He wondered where he was. Though he had been terrified only moments earlier, his panic was gone as if it had never been. He wasn’t afraid.

The light was pulling him in, whirling, faster and faster. And with his advance toward it, a sense of joy and wholeness filled him—overwhelmed him, like nothing he’d ever experienced. Like the best he’d ever felt and multiplied to the nth power. No—even that didn’t do it justice.

Hours could be flying by. Or days.

He was almost there. The spin of the light was so fast now he could barely catch its movement, but it did move, and he moved to meet it.

He reached to take hold.

“—Twenty-six. Twenty-seven. Twenty-eight—” God almighty, someone was looming over him, pumping his chest up and down with hands locked. “Twenty-nine. Thirty.”

A mouth came down to cover his, driving air into him and driving away the crazy, unreasoning joy, the spinning light. Back came cold and weariness and raw, scraped skin and shooting pains from his arm and a throbbing head. Out he vomited mud and what felt like a gallon of the Columbia.

Jason would never quite forgive him for bringing him back.

David Mills Hay’s debut novel tells the story of Jason Knightbridge, the kid from the wrong side of the trailer park whose charm and good looks, athletic chops and hops, plus a few lucky breaks, soon have him sitting on top of the newly-burgeoning Walla Walla wine industry.

But Jason’s restless. Make that reckless. And when the first thread frays from the tapestry of his enviable life, and then another and another, it doesn’t take long for it all to unravel. Yet, just as the bleakness becomes unbearable, Jason finds himself not as alone as he thought…not as worthless as he imagined.

David Mills Hay has been involved in the investment business for nearly forty years. After lengthy stints at two Wall Street firms, he purchased a majority interest in Evergreen Capital in 2002. He is currently Evergreen’s chief investment officer and primary author of its widely-circulated newsletter, the Evergreen Virtual Advisor. David and his wife, Mindy, have two sons, six grandchildren, two dogs (both rescues), and live in Bellevue, Washington.