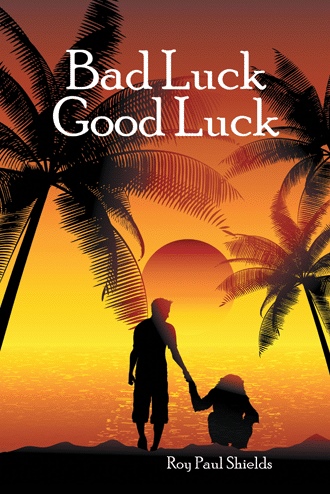 The calm became a light wind that increased through the night. It was a strong wind but nothing dangerous as we cut through the water for the next few days. That night Dad stayed up as the wind increased. He pulled the sails down and we all knew it was getting serious when he got us up and put our life jackets on. Waves were beginning to not just break over our boat, but were crashing down on us. Dad herded us into the cabin, as we had to hold on for dear life. It seemed like our boat was lifted clear of the water and we seemed to roll a couple of times. I somehow managed to grab the light fixture on the cabin roof and the noise was deafening. It seemed like I was rolled and tossed and I held on to the light fixture for dear life.

I am not sure if I lost consciousness or fell asleep but when I opened my eyes the sea had calmed down and it was turning daylight. I was lying on top of part of the cabin roof. I was alone. I didn’t see our boat, my mom and dad or sister. Fortunately, the section of roof I was on was foam sandwiched between fiberglass panels. It began to rain; I mean pour! I took my shoes off to catch rain and lay on my back with my mouth open. I must have been totally exhausted as I fell asleep. I thought I was dreaming when I woke up; I had washed up on a beach, a very deserted beach. I wanted to cry but remembered dad telling me when one cries they are wasting energy they may need. I scanned the ocean and that is all I saw; Ocean and a lot of it.

I had no idea of the time but knew I was very hungry. I dragged the roof section farther up on the beach to keep it out of high tide. I was definitely on an island that was heavy in vegetation. As I looked around I saw a treasure; Coconuts. I used one to crack another but It been on the ground too long and was no good. The fourth one I cracked was good, I will always remember how wonderful the milk tasted, and I ate every bit of the meat. As I walked up the beach, I found various things from our boat but nothing that would help me. Just up ahead the beach ended and rocks jutted out into the ocean. As I got closer to the rocks my childish prayers were somewhat answered. Lodged in the rocks was the ice chest from our boat. I dragged it up on the beach and opened it. Everything was salvageable but wouldn’t be in another day except the canned meat mom had put in there. I ate as much as I could of the perishables. There was enough salvageable food to last me ten days if rationed it. It was beginning to get dark and there was no way I was going to try to sleep in the jungle. I was about out of steam and it was getting darker. There was a place in the rocks where it was sandy, and that is where I decided to spend the night. The only comfort I had was knowing I had food to keep me going while I explored to see if there were people on this island. I did sleep through the night and woke up to a good sign, I was hungry.

I climbed to the top of the rock pile and it looked like a rocky shoreline as far as I could see. I did think I saw some possible wreckage from our boat. It would take me forever climbing up and down the rocky shoreline. I had made up my mind, I was going to have to try to explore the jungle coast line. I took a can of canned meat out of the cooler and luckily, it had a key to open it. A lesson learned can be a lifesaver for sure. Thanks to my dad I walked along the edge of the jungle when sure enough, I found what must be a game trail into the jungle. It had to be small animals using this trail, as the trail was very small. It was hot and humid and so far, all I found was more jungle. I was about ready to head back when I thought I heard and smelled water. About seventy-five more feet and I found a treasure for sure. A small stream bubbled across a mossy gravel bed. I lay on my belly and drank until I couldn’t drink any more.

I had eaten the canned meat several hours ago and knew I had better beat feet back to the safety of the rocks. I ate what I could of the perishable food in the chest, as it was getting dark. The humidity and struggling along the game trail was the perfect sleep remedy. I was sound asleep until the sun woke me up. I had to get a game plan. So much of what my dad had taught me raced through my head. Of course, I hoped humans would discover me and get me out of here. But, what if there were no humans here? Then I had better think about what I must do to survive until I was rescued. I remembered that we had only seen two big ships off in the distance our entire journey so far. There was no way I could make it through the jungle without chopping my way through; that meant I needed a machete or something similar. Sure, let’s see, I will run over to the hardware store and get one. Dream on!

Six-year-old Scott Christian is thrilled when his family takes off in their forty-foot sailboat for a lengthy adventure to Hawaii, the South Pacific, and Australia. But in the middle of their third month at sea, everything changes forever for the boy.

After a massive storm destroys the sailboat and robs him of his family, Scott wakes up alone on a large, uncharted jungle island. In order to endure the elements, Scott must rely on the survival skills his marine instructor father taught him. As Scott begins to create a new life on the island, he finds and raises an orphaned gorilla, Buddy. While both boy and beast grow older, they create an unusual yet loving family that includes more gorillas and two very spoiled foxes. Nearly seventeen years later when a group lands on the island to study it and its ruins, Scott soon discovers that the greatest surprises in life sometimes bring the greatest rewards.

In this action adventure, a boy embarks on a coming-of-age journey on a deserted island where he creates a unique family and learns that happiness comes from the simplest things in life.

My name is Roy Paul Shields. Although I am writer, mostly I am a dreamer and a storyteller with a big imagination I have worn many hats in my life’s journey. I have done everything I set out to do in life; from gold mining to driving race cars and everything in between. In Bad Luck Good Luck I gave Scott the benefit of my Marine survival training and experiences in other adventures in my life.