by A. John Elliot MD 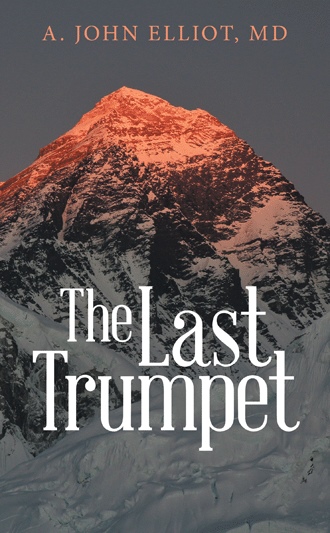 The novel follows the tortured and brilliant main character, Andreas Eckhart, from the birth of Weimar Germany to the nation’s descent into Nazi barbarism and the coming of World War 11 –a descent aided and abetted by an exhausted Europe. Andreas is a physician practicing in London. A physicist who has worked in the developing field of atomic energy, a famed mountain climber, and a womanizer. The nightmare and mordant humor of Europe in the ’30s is mirrored in Andreas’s story, which parallels some of the most significant events of the 20th century. The characters include historical figures and others unknown to the readers until they encounter their vivid personalities in this highly cinematic book. At the heart of the story is that the Nazis enlist Andreas, the profligate son of a German General, to find the lost tribes – Jews who were lost to the world centuries ago – and a weapon hinted at in the Bible as “the Sword of Destiny,” the significance of which becomes clear in 20th century science. The reader is taken from London, where the novel starts, to, the gritty streets of Berlin, to conspiracies in the teeming cities and the scorching deserts of the Middle East, and finally to the Himalayas. A Western culture unable to come to grips with its own history is revealed in this odyssey, which leads Andreas to Tibet. The reader will not forget the characters and the incidents in this exciting and provocative historical novel.

In 1933 Germany, Jews are being murdered for no reason other than their religious preference. Andreas von Eckhart is a tortured yet brilliant physician, famed mountain climber, and womanizer who has just returned from the war a loner and hero who trusts no one. Now that his general father is dead and his sister has mysteriously disappeared, Andreas is left to wander within his inherited castle and contemplate his place in a chaotic world.

After Dr. von Eckhart is promoted to chief of staff at a London hospital, he knows he must practice medicine according to what Himmler wants. But when he realizes that someone is out to kill him, he must resort to murder himself. After the physician is enlisted by the Nazis to find the lost tribes of Israel, his quest for the truth leads him to the Middle East and finally to Tibet where he must make a decision that will change his destiny forever.

The Last Trumpet shares the gripping tale of a German physician’s torturous journey from London to the Himalayas in search of the truth amid the rise of the Third Reich.

A. John Elliot is a physician who holds an undergraduate degree from Princeton and medical degrees from Columbia, Johns Hopkins, and Yale. He practiced in Rhode Island and Connecticut, and has lectured widely. His teaching experience includes Yale Medical School and in Tibet and China where he is an honorary professor at the West China Medical School. He has also taught in Tibet. Elliot has done extensive nonprofit and for-profit medical consulting work. In 1994, Dr. Elliot was the Republican candidate for Congress from Rhode Island.