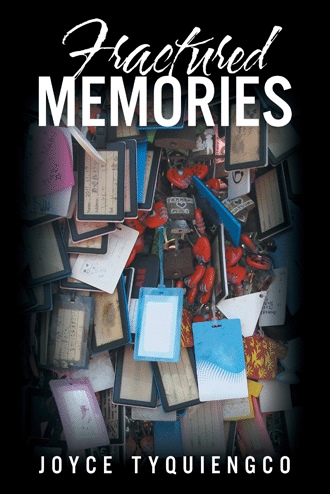 “Okay, spill it!” I exclaim, frightening her. She practically jumps out of her skin. “Meg, what the heck is going on?”

“Okay, this isn’t going to be easy.” She inhales.

She stops pacing and looks up at me, struggling to blink back tears. She walks over to her handbag on the kitchen counter and pulls out a folder. “Sit down.”

I sit on one of the stools at the kitchen island. Meg places a manila folder in front of me. Fear forms in the pit of my stomach.

“I think it’s best if you read it yourself, Jaime.”

“You flew all this way, rudely woke me, and now you’re telling me to fucking read it myself?”

“Okay, okay. Your neurosurgeons sent a new update from your brain scans right after you left. There’s a new timeline surrounding the memory deterioration estimates. They don’t think you have a month, and they don’t think the memory sensors will be ready in time. Jaime, you’re losing your memories faster than they’d hoped. They’re estimating two, maybe three weeks if we’re lucky.” She chokes back tears.

“If I’m lucky? What the fuck does that mean—if I’m lucky? Do they think I’m going to find a pot of memory gold on this forsaken island?” I flippantly ask.

“They said if you decrease your stress, try to relax, perhaps even took up meditation or something, that reducing strain and stress could possibly help while they work on the sensors.” Meg flinches as she explains, “They’re putting in extra hours to get the sensors done with this new timeline. I authorized additional resources regardless of cost. Brian’s handling it. He sent me with the information, but I’d already made the decision to be here with you even if you chose to fire me.” She takes a breath, steadying her voice. “Jaime, you’re my best friend! You’re not doing this alone, not anymore. I don’t care what you planned. Those plans have changed.” She walks over, sits on the stool next to me, and wraps her arms around my waist. It isn’t until I feel the strength of her embrace, the flutter in my heart, and my walls trembling that tears start flowing down my cheeks, my heart rapidly feeling hope slip away.

Through my tears, I manage to thank Meg for making the trip and tell her, once again, I don’t know what I’d do without her. Brian, the third person, completes our San Francisco trio and company. If both Meg and I had an adopted brother, it’s Brian. Tall, skinny, clean-cut, six-foot-two, recreational-basketball-playing, blue-eyed Brian, with short, dark brown hair. The three of us connected though we were all different years in college. I was a year and a half ahead of Meg, and she was a year ahead of Brian. By the time Brian graduated college, the summer of 2001, the three of us naturally formed BC-TYME Technologies; it contains letters from our names—BC for Brian Cantor, TY for my last name, Tyler, and ME for Meg. Within the first five years of starting our health care software company, we took it public, and it’s been successful for over a decade.

“So, Brian’s on top of this?” I ask, choking back tears. “He has all of our contact numbers, the hotel information, the neurosurgeon here in case of emergency, everything?”

“Yes to everything. He’s been a maniac since he found out, but in a good way for Brian. I’ve never seen him work so much as he’s working on this memory tech-sensor thing,” Meagan says, trying to comfort me. “You’d think he was the one with the brain injury.” Her face contorts as she tries to magically retract what she just said.

“Oh my God! Jaime, I’m so sorry! I didn’t mean it! I wasn’t thinking! That was so stupid! My head is in my ass!” She’s rambling because she messed up and knows it. I let her for a few more seconds.

“It sure is up your ass!” I laugh, then sip my coffee. “Okay, stop rambling. It was funny, poor taste but funny, yes. I can joke about my condition, and I’ll think about allowing you to joke about it on occasion, which was applicable in this head case. Ha! Get it? Head case!” I laugh.

Meg has her face in her hands, shaking it guiltily. She looks up at me and guffaws, “Now that’s the dorkiest, geekiest thing I’ve heard you say in a long time.”

“Yeah, but it’s funny, and I’m hysterical!” I say, giving her a wink, and we’re both laughing.

“No, you most definitely are not,” she says through her laughter. “A smart, intelligent, sometimes witty, and okay fine, occasionally humorous, cute geek.” Her laughter slows, she catches her breath, and some seriousness sets in. “What’s on the agenda today?” She hesitates. “You do realize your family needs to know you’re on the island, right? It’s sooner than you wanted, but it doesn’t look like you have much of a choice.”

I rise from the stool and walk away from her. I reply with a heavy heart, “I don’t have a choice. I was never ready for this. I know I have to tell them, but they don’t have to know why just yet.”

Meg walks up beside me, by the floor-to-ceiling windows on the far side of the living room that face the ocean. She weaves her fingers through mine. “I’m not sure what frightens me more, facing all my demons here or running out of time.” I’m uncertain if I’m asking Meg or myself. Perhaps both.

“Maybe they’re one and the same, but you’ve always known what to do. It’s strange though.” She ponders.

“What’s strange?” I release her hand and turn to look at her inquisitively.

“It’s strange that in all the years we’ve known each other since college, you’ve never been afraid of anything. You’ve always known what to do, how to handle things, or at least how not to take crap from anyone.” She tilts her head slightly, the sunlight catching her soft hazel eyes. I’ve always found it so sexy when she does it. I have to force myself to look away before she catches me staring. “Yet you have this Achilles’ heel with Alex. You haven’t seen or heard from her in nearly two decades, but the mere mention of her name, and you’re left fractured for weeks, sometimes months. I don’t understand or know the details of what happened. Can you tell me?” she innocently implores.

“I will. I promise. Why don’t you put your bags in the guest room, freshen up, and we’ll head out for some breakfast. After that, we have a drive to make down south,” I say, taking her hand in mine and entwining our fingers. Walking her back across the room, I’m feeling emotions for her I’ve pushed so far down and away resurface. I reluctantly release her hand, watch her take her bags into the guest room, inhale deeply, and know that even with all this hate inside of me, I fell. I don’t know when it happened, but my heart is fluttering for this woman, and she’s been with me this entire time.

With hatred fueling her success, Jaime Tyler, software entrepreneur, lives clouded and alone. Receiving a grave diagnosis after a near fatal accident, Jaime finds herself begrudgingly returning to her island home. She doesn’t have as much time as she hoped. Her memory is deteriorating rapidly, and she might have only a month before all she once knew is gone.

For two decades, Jaime has been blinded by aversion, incited by a violent past. She’s always had feelings for her best friend Meg, although she’s been careful to keep those feelings under wraps. After all, Jaime is not one to lean on anyone. With her arrival on her home island, however, things change as Meg comes to Jaime’s aid and admits to years of veiled feelings.

Is it too late for these women to find love? As Jaime’s condition worsens, Meg must fight to break down her beloved’s boundaries. Wading through Jaime’s past, Meg discovers more than she expected as Jaime comes to realize the one person she’s always needed has been Meg all along. Together, they could find a moment of happiness, but will the past and Jaime’s declining health leave them forever fractured?

Joyce Tyquiengco was raised in Guam and is the first of her family to graduate from college. She completed her undergraduate work in applied psychology and organizational behavior and her graduate degree in information systems management. Joyce is currently a software consultant in the healthcare industry and a freelance writer in Pennsylvania.