A Meaning of Life 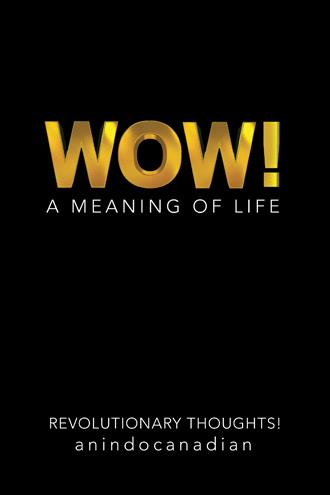 A Review by Philip Getting, MB. B.S. (Properties Medical Clinic)

"The notion that space and time as eternal, is novel!

A Review by Dr. Clara A.B. Joseph (University of Calgary).

There are very few success books out there that at once span the physical, the psychological, and the spiritual and have the child as its main subject. WOW! A Meaning of Life, however, is one such find. It is a book about the child as a hero and an anti-hero. It discusses the hero, the victim, and the villain as having various characteristics. The categories are never simplistic, and the book takes us to the next level of understanding these varieties. The book begins with an epigraph on the theme of the search for meaning taken from Kumaran Asan, an activist and poet of British India. This search on ethical grounds marks the rest of the book. The pages flow seamlessly between considerations on the material world and thoughts on the non-material aspects. It considers the “dynamic phenomenon” of conscious love and truth and the place of freedom in between. Here, freedom itself may not be unrelated to the “epidemiology of evil”: the study of how the plant and animal world (that which existed before us, the author reminds us) and its diseases may have become the “the forbidden fruit” of the Book of Genesis. In the final chapter – on truth, we see once again the analogy drawn between the scientific and the theological, a curious link involving the Trinity and an atom. The book culminates with the million-dollar question – where is human evolution heading? Written in highly accessible language, the book leaves one musing for days on end, this time, however, with new-found hope in the child’s and the adult’s destiny. I highly recommend it to readers who seek a fresh perspective on the meaning of life and even more to those who wish to lead a meaningful life.

The book 'Wow! A Meaning of Life' authored by Mr. Kuruvilla Thomas Elamatha (pen name: an indocanadian) and published by Archway Publishing, USA breathes life into an absorbing and brilliant non-fiction piece of literature. The author magnificently puts forth exorbitant thoughts picturizing the world as a drama setting that is choreographed, lit up and orchestrated by forces of nature. The writer portraits inhabitants as actors and acting as a reflex to the physical, psychological, social and spiritual desire of homo sapiens. They evolve as villain, victim or hero based on circumstances. An in-depth analysis of the life drama has been portrayed. The writer acknowledges that the play revolves around human being's search for love, freedom and truth and courageously proclaims that 'love is a creative interaction between God and man'. The concept of humans as the 'slave of society or society being slave of humans' has been analyzed exhaustively. The author depicts humans are in perpetual search for truth and examines the fact 'truth is what was, what is and what will be'. The writer's resourceful thoughts, linking science to life is highly commendable. 'The material world, the plant and the animal kingdom are the result of inorganic and organic particles working together. In subatomic particles coming together to form elements and compounds, we can see some basic principles of life i.e., affiliation and partnership' to quote as an example. The proposition of comparing Trinity to an atom with electrons, protons and neutrons coexisting is ingenious. I would very well imagine the book enriching the perception of soul searchers and free-thinkers.

anindocanadian was born and educated in India, and he has worked in both India as well as North America. His ambition is to eradicate leprosy in the world, and he wants to erect a leprosy monument that can help raise funds for those afflicted by the disease.