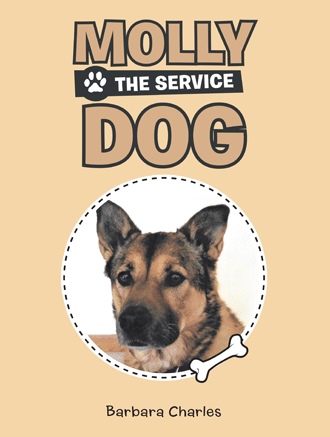 My human quickly figured out how to talk to me while we were walking, without saying very much. She would wrap the extra part of the leash around her hand so when she wanted me to go a certain way, she would give the leash a gentle tug and I would follow her direction. When we reached a crosswalk, she would say "sit" (which I did) and would patiently wait for the light to change, and then she would say "let's go" and we would resume our walking. Often while crossing the road there would be so many people coming towards us that there wasn't anywhere to go in the crosswalk without bumping into someone. So she would unwrap the leash from her hand while we were walking and would step back behind me and let me lead. I could feel the leash tapping my back so I knew what to do. I would keep on walking and all of a sudden, all of the people coming toward us would go either left or right and would open up a space for us to go through the middle. Many of the people would smile, and some would even stop to watch us and take pictures. Others would comment about how smart I was and how impressed they were over how we worked together. Children would stop and point us out to their parents and ask what a service dog was. Others would say "That's a beautiful dog!" I would occasionally look over my shoulder to see how my human was doing and then continue on. When we reached the other side, she would then wrap the excess leash around her hand which would draw me back to her side, and then we would continue on. My other human owner would say that watching us was like seeing the parting of the Red Sea in the Bible!

Molly is a German Shephard-mix dog rescued by her owner from an animal shelter. More than just a pet, Molly is being trained to become a service dog. But first, she must travel from her home in Indiana to a new residence in Hawaii.

Told from Molly’s perspective, Molly the Service Dog, a picture book for children, shares her adventurous journey to Hawaii. From flying on an airplane, to meeting new neighbor dogs and people, to sightseeing, to taking walks, to training, to learning a new language, and more, Molly tells the stories of how she has eagerly adapted to her new role in life.

Barbara Charles, a retired registered nurse, is a grandmother as well as a dog lover and owner. The experience she obtained in the field of psychology improved her understanding of how animals can assist people with physical as well as psychological and emotional needs. Barbara currently lives near Fort Wayne, Indiana.