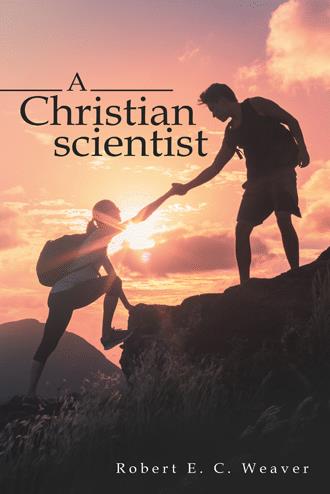 Are science and religion congruent or antithetical?
This book addresses that question. These thoughts were first presented in 1982 at a “Clase Magistral,” the ceremony opening the school year at the University of Santiago de Chile. The lecture was directed to engineering students at the threshold of their college experience to suggest how their introduction to engineering careers can well be the gateway to a wonderfully broad understanding of the world that would be awaiting them personally as well as professionally. In a way, the discussion reflected what Cicero, in the first century B.C., labeled “natural philosophy.” Later, in the seventh century, Isaac Newton, looking beyond his experimental observations, addressed similar metaphysical considerations in his monumental treatise of the day, Principiae Philosophiae de Rerum Naturibus. He noted that in the wonderful experience we call science and its exploration of the workings of the myriad mechanics of the world around us, there is an exhilarating adventure of discovering deeper meaning in the magic of life, both within and beyond the material. While this presentation started as an overture to prospective engineering students, it may well serve as a review for any reader ready for a deeper look at the truth behind what he has already learned, and as an incentive to explore further.
Today there is perhaps some reason for discouragement when this search becomes contaminated in the intimidating “materialist” cults of atheism, statism, and scientism. In that setting, there is an over-abundance of “expert” analyses confected as a cover for simple mischief, vanity, or even politically motivated malpractice. When challenged, ordinary norms of common courtesy and even civility are often disregarded. There is no shortage of “scientific” studies recounting prospective ecological crises, inequities, etc. that seek citizenry support for the imaginative adventures of the narcissistic, self-anointed elite that are commonly found in sheltered careers in government, academia, and financial manipulation.
Thoughtful individuals neither need to nor want to despair. There are today two dimensions of genuine scientific inquiry: (1) the commonplace and now richly endowed data logging of a myriad of observations, and (2) the less conspicuous leaven using the few well-established principles as essential discipline in understanding the creation around us. There would seem to be a cultural gap between these two arenas when they actually should be complementary. In the setting of collecting factual knowledge, the focus has been essentially on “how” the elements of the Creation work. Almost dogmatically, some of these investigators shun the teleological lure to question “why” the creation was designed this way (to-wit, to serve as the vehicle for a harmonious but vulnerable functioning order). Refuge is taken in a “survival of the fittest” dogma. It is not surprising that practicing engineers with their professional design responsibilities are the ones who more reliably observe those fundamental physical principles.
This book explores the remarkable interface between the factual material at hand and a governing metaphysical responsibility. Its thesis is simply that the commonly held claim that science and religion are antithetical is not acceptable to responsible thinking individuals whose perspective intuitively responds to the mandate of the Second Law of Thermodynamics with its call for a moral code within which to guide the purposeful initiatives that maintain order in the Creation.

Concisely, this essay might well be summarized as follows:
Science can be viewed through two lenses:
The micro-scientific lens, which focuses on the discovery by observation of the myriad details of the creation, and how the combination of structure and chemistry provide a beautiful and harmonious working system.
The macro-scientific lens, which recognizes the overriding principles learned from experience in basic physics and thermodynamics, that there is a discipline for the maintenance of an order in the Creation, one in which man has a role.
Religion offers these essential complements:
Conscience: or an innate sense of morality
Faith: built on trust and trustworthiness, humility and honesty
Grace: appreciation of the Creation and commitment to providing a good moral example
Salvation: health and its exercise in purposeful effort.
Christianity for its part is not, nor will it be, simply a worldly church organization. Those who may think so, be they emperors, popes, or scholars, should focus on its personal practice.
There is indeed individual fulfillment in enhancing and enriching the Creation. This can well be the creed for the Christian scientist in his role as a humble seeker for the Truth and as a charitable member of his community.
That search has in this volume identified these six dimensions of science:
The science underlying the Creation.
The science of a Mind guiding the thinking individual.
The science derived from simple observations of the physical world.
The science behind man’s genuine achievements—art in science, science in art.
Management science to support new initiatives.
Insight for enhancing education and the community.
Do these not embrace some metaphysical thinking?

The inquiring mind seeks to understand the nature of the physical world in which we live and how it got this way. Science has taken us a long way toward understanding the physical laws of the universe and those things that are beyond human control, yet these scientific observations still stop short of addressing the philosophical or teleological question behind these investigations—what is the purpose of it all?

A Christian Scientist explores this intersection of the physical and the metaphysical—or the spiritual—by looking to those scientific truths we know about the physical world and buttressing them with the metaphysical truths of Christianity. Author Robert E. C. Weaver begins with a discussion of the underlying principles governing the universe, as uncovered and defined by scientific giants like Isaac Newton and Albert Einstein, and links these principles to what we know about creation and the beginning of humankind. In the end, Weaver posits that scientific wisdom and Judeo-Christian ethical and moral guidelines are essential for our lives.

While often seen as contentious or even contradictory, science and religion are in fact complementary pillars of our human experience. It takes one to truly understand the other, and both can function together as the lenses through which we can see the world and ourselves clearly. And by finally addressing the question of the purpose behind it all, we can come to know God and find direction, responsibility, and fulfillment in the lives we live.

Robert (Bob) Weaver’s experience began in a humble but rich Louisiana family setting. It included a number of fulfilling educational opportunities leading to his doctorate in chemical engineering. Interspersed during these early years were summer jobs as an errand boy in a printer’s office, as a camp counselor and as an apprentice law clerk. His professional career began as a practicing engineer in industry followed by his serving as teaching and research professor and Dean of Engineering in several U.S. universities. A broad range of publications in automation, process engineering, plant and animal physiology, environmental oversight and remediation resulted during this time along with extensive consulting opportunities in both industry and government. He is multi-lingual and has served as guest professor on three continents. He then joined an international company engaged in the distribution of bulk liquid commodities as the technical vice-president with oversight for eighteen facilities in North America. He is an active Christian, a dedicated husband and father, and one grateful for many generous teachers and colleagues.