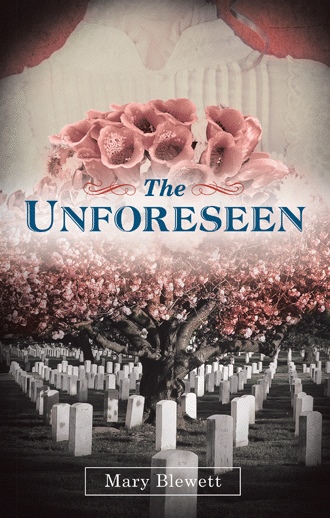 “If this church and its minister, Mr. John Hale, support slavery based on the Bible,” shouted Josiah Hutchins, “then why can’t we like the Egyptians enslave the Jews?” He rose from his family pew to interrupt the sermon and oppose the words from the pulpit. His nine-year-old daughter Jenny Proctor Hutchins watched with wondering eyes. Many in the congregation blinked or gasped in astonishment. Josiah, a member of one of the families that founded the town in 1668, was a shoemaker and farmer with a large family. He spoke that Sunday in 1851 for others less courageous but just as like-minded.

The Hutchins and Proctor families of Beverly, Massachusetts, resided in Essex County bristling with anti-slavery agitation. The turbulence centered in Newburyport with its abolitionist newspaper, The Liberator, edited by William Lloyd Garrison. Josiah and Elizabeth Proctor Hutchins, their children, and all their kin supported abolition.

“If slavery is constitutional,” Josiah Hutchins continued angrily, “why is it illegal in this Commonwealth? And why are we to submit to federal marshals in this free state who come to re-enslave free men? They and the slavecatchers with whom they conspire can seize any colored man or woman and their children, claiming that they are runaways, even if they were born in the communities where they reside! Patriots will not stand for it!”

The Hutchins family were longtime members of the First Congregational Church of Beverly, established in the late seventeenth century and headed ever since by a Hale as if the position was hereditary. The congregational churches throughout Essex County supported slavery based on Biblical references and constitutional phrases. The federal Fugitive Slave Act of 1850 extended the legal grip of slaveholders into New England and created Sunday uproars such as this one in 1851.

From the pulpit, Mr. Hale, about to open his mouth and answer as best he could, watched Josiah Hutchins and other men walk stolidly out of his church. Scenes like this played out in the towns across Essex County, challenging a church that was being left behind on the moral issue of the century. Political sentiments against slavery burst forth and hardened among the pews of the most established church in New England.

Later that Sunday Josiah explained to his daughter Jenny why he had walked out of Mr. Hales’s church that morning.

“When I was a lad in 1820, my father Timothy took me and several journeymen to Boston to find out the market prices for the shoes similar to those we were making. This short sail from Beverly to Boston was an exciting adventure for me. The boatman unloaded us and the bags of shoes we carried near the leather district. Shoemakers were busy in little shops all over the neighborhood, turning out lined brogans much as we did. As my father suspected, they got a better price per pair. Something else surprised him. His attention became fixed on a colored man working away at his bench among the Boston jours.

“My father excused himself for interrupting the man’s work. The maker was lasting the shoe to size, which can be tricky. After this task was finished, the man looked up quizzically at my father. ‘Good day to you, sir,’ he remarked.

“‘And to you. That’s very good work you are doing. Where did you learn your craft?’

“The colored man rose from his bench, standing a little over five feet tall, of medium weight, closely cropped hair, bright brown eyes, and supple hands. He dressed much like the other jours.

“‘My name is Toby Kincaid, and I learned to make shoes on a Virginia plantation. Yes, I am a runaway slave, and Boston has protected me so far. You see, my former master hired me out as a shoemaker all year long to various towns and villages, collecting all of my wages. I received nothing for my work. Any man would find this intolerable.’

“My father nodded in agreement. ‘How did you escape?’

“‘The coast of Virginia can be a bridge to freedom if you can find the right ship’s captain, and coastal shipping and privateering was quite active in 1812. Paid my passage by mending the barefoot sailors’ port shoes. When we landed in New York City, the captain handed me some small coins. I walked to Boston, stopping occasionally to earn enough to pay my way. The jours in this shop all hate the idea of slavery and welcomed me. I have worked here faithfully ever since.

“‘Allow me to add, sir, that no slaves are content; they all wish freedom. Some make accommodation with the masters for better food and cabins with marriages respected as well, but it all can change in an instant. Every slave fears the slave auctions. This why all slaves wish to be free.’

“‘Quite a speech,’ my father Timothy later remarked to me.

“And I have never forgotten the earnest passion of that colored shoemaker, Jenny, and have ever since been an anti-slavery man.’”

In the 1630s, five men from Salem Town in colonial Massachusetts received generous land grants from the English government in adjacent territory controlled by Native Americans. Conveniently, a “plague” had wiped out those Agawam Indians, who lived on forested lands north of Salem. The settlers organized their own church in 1667 and one year later incorporated the town of Beverly. Jenny Proctor Hutchins was a direct descendant of Roger Conant, one of those first settler families. The town’s rich meadows, the timber and game from its forests, its commercial proximity to Salem and Boston by sea, and the bounty of fishes caught off its shores gave Beverly townsfolk a good start.

Set in New England, The Unforeseen follows the consequences of the brutal Civil War to the lives of ordinary women through three generations of intermarried families.

No one among the antislavery advocates in New England foresaw the sweeping changes that the long, brutal Civil War would bring to their towns and families. In Beverly, Massachusetts, the magnitude of the war tears family life apart, forcing many to endure the absence and deaths of fathers, fiancés, brothers, uncles, cousins, and nephews. Unmarried women are forced to find work in factories or as servants and farm help—or else face miserable poverty.

Jenny Proctor Hutchins, nineteen when the war breaks out in 1861, withstands catastrophic losses. She must adapt to the strangeness of a new city and of large-scale production, to boardinghouse living, and to learning new skills on steam-driven sewing machines. Friends and family come to rely on Jenny’s resourcefulness as an herbal healer, and after a hard struggle, she forges a satisfying new life for herself. Still, Jenny realizes that postwar society in the Northeast is deeply corrupt. Victory has poisoned the financial system, just as defeat made the South wretched. With declining northern support for the freed people, Jenny wonders why the war was fought with these results.

Mary Blewett is a retired professor of history at the University of Massachusetts Lowell. The Unforeseen builds on her book Men, Women, and Work: Class, Gender, and Protest in the New England Shoe Industry (1988). She has published seven books on the industrialization of New England and another novel, Dealt Hands, in 2014. She lives in Lowell with her husband, Peter, where they grow roses and rescue cats.