The Journey from Farm Boy to Pediatric Cardiac Surgeon: A Collection of Essays and Memoirs 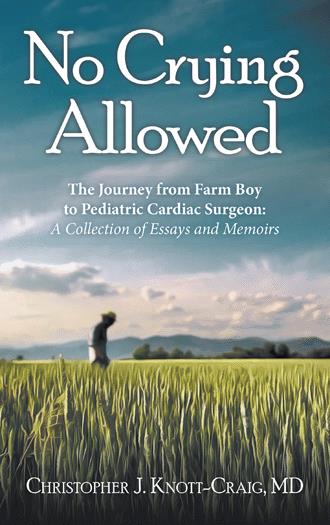 Since I was in ninth grade in high school (14 years old), I wanted to be a heart surgeon. I had followed Professor Christiaan Barnard’s career and first heart transplant in December 1967, and wanted to be like him, work for him; and I wanted him to know who I was.

Well, I finished high school in 1971 and medical school in 1977. Then I volunteered to be Professor Barnard’s intern for two months in 1978. At that time, he had the reputation of a ferocious, scathingly critical man who was to be feared and avoided at all costs; thus the intern slots were usually vacant. I was in heaven! I was Professor Christian Barnard’s intern and was on my way to a career in cardiac surgery.

I started my cardiac surgery residency in 1980 at Tygerberg Hospital, the sister hospital to Groote Schuur Hospital where Professor Barnard worked, because I thought I would get more practical experience there – at Groote Schuur, the residents spent most of their training watching and not doing surgery, and as a result, many were not very good surgeons. I wanted to be a good surgeon.

So, I started my training under Professor Pieter Barnard at Tygerberg Hospital. The senior faculty there included Dr. Dewet Lubbe, and later, Dr. Johan Rossouw who was still training at the time. Many of the difficult surgeries were done by Dr Jean-Marie Van Caster, a Belgian cardiac surgeon who was a great help and mentor to the young trainees. I started in January of 1980. In June of that year, Professor Barnard called me into his office, “Chris,” he said in Afrikaans (the Dutch derivative language spoken at the institution), “Dr. Johan Rossouw and some of the other faculty say that you will never make it as a cardiac surgeon. You are left-handed and you cannot tie surgical knots with your right hand; you are awkward operating, and you are very slow. Now, I think you are a very bright young doctor with an exceptional knowledge of cardiology. Why don’t you train as a cardiologist instead? I think that’s the best thing for you.”  I was devastated. At that time, there were no left-handed instruments; I had to learn to use the instruments backwards. Nevertheless, this was the reality.  I wanted to fix hearts, not diagnose what was wrong with them. I wanted to be a cardiac surgeon, like Chris Barnard. I wanted this very badly. “Sir, can you please just give me three more months to improve, please, sir?!” I pleaded. After pondering, he reluctantly acquiesced.

With a sick feeling in the pit of my tummy, I went home. I was too embarrassed to tell my wife. I took home the left-over suture material from the operating room and some needle holders and forceps that the operating room matron sneaked to me, kindly. At that time, the residents were working 100 hour weeks in the hospital. There were no cell phones. Despite this, when I got home, I practiced tying knots over and over and over, using the bare back struts of the dining room chairs around which to tie; for hours each day, irrespective of how tired I was.  I got better, and I learned to operate better. I worked harder than all of my fellow residents, just to try to get an edge… In South Africa, there was the pyramid system, meaning that only a third or so of those who started their residency training were allowed to finish.

Several years later, the faculty member who had told my professor that I was not cut out to be a surgeon, (almost ending my career before it had started), asked me for a recommendation letter for him when he was applying for a new position., Even though the irony of this request was not lost on me, I did. And I remembered the importance of being afforded a second chance.

From the Author of Lend Me a Kiss,The Weird Animal Club, and Bedtime Dinosaur Stories for Kids

From the time author Christopher J. Knott-Craig was fourteen years old, he wanted to be a heart surgeon. He had followed Professor Christiaan Barnard’s career and first heart transplant in December 1967, and he wanted to be like him and work for him. Knott-Craig started his cardiac surgery training in 1980, and about six months later, his professor suggested he try a different specialty. Undaunted, he begged for a second chance, which the professor reluctantly granted.

Through perseverance, hard work, and determination, Knott-Craig became an internationally recognized pediatric cardiac surgeon. In No Crying Allowed, with self-deprecating humor, he shares a collection of essays chronicling the trials and tribulations he experienced on his journey to following his dream to succeed.

Chris Knott-Craig has assembled an anthology of essays describing some of the challenges and triumphs he has experienced during his remarkable career as a pediatric heart surgeon.  Above all, the takeaway message is the importance of persistence in the face of what often appear to be insurmountable obstacles to a successful career in this daunting field of endeavor.

—Richard Jonas MD, President of the

Christopher J. Knott-Craig, MD, is an internationally recognized pediatric cardiac surgeon who has done thousands of surgeries on babies and children from around the world. He is the author of several other books. Visit him online at www.chrisknottcraig.com.