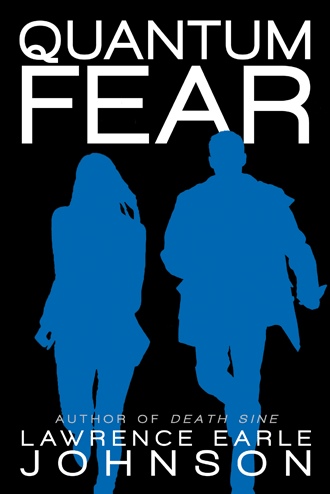 Wolfe didn’t slow when he hit the glass door and popped it open.
He quickly turned left and went down two doors and then turned left again into a blind alley. There he stopped about three feet back from the edge of the front of the building where he couldn’t be seen, and stood with his back to the brick wall, and waited for his tail to come into view.
The man did. But rather than turn quickly down the alley and run into a trap, he moved a few feet past the wall where Wolfe was hiding, and turned to face him. Wolfe did a quick assessment of the man. He had on dark clothing of heavy fabric, solid shoes, and wore a ball cap. What he could see of his hair was dark brown, almost black and he had a swarthy complexion.
He was a large man, about six-two, two-hundred and forty pounds, muscular with minimal fat by the way he walked. He also walked with confidence, like he was used to getting his way, whether by intimidation or by brute force.
Wolfe realized that he hadn’t grabbed his gun before he left the condo, so he was at a decided disadvantage if the man was armed. But it was one-on-one, so he still had the advantage.
“Looking for someone?” said Wolfe, facing the man.
The man tried to stare Wolfe down—to intimidate him. It didn’t work. Wolfe stared back with a fearless, laser stare.
Finally the man said, “I’m looking for you. I want to talk to you.” The man had a strong Slavic accent but spoke English well.
“Well here I am,” said Wolfe. “So talk.”
The man took a couple of steps forward away from the street and into the alleyway.
“You’re the man they call Wolfe.”
“That’s right,” said Wolfe, not budging. “And what might your name be?”
The man blinked, like he had never gotten such a response before. Then he recovered and said, “My name is Vlad. You will remember it.”
Wolfe laughed dismissively. “Right. So, what do you want to ask me, Vlad?” Wolfe said his name with more than a tinge of sarcasm, trying to provoke him.
Vlad took another step toward Wolfe. “I want some information. I want to know what you are working on. I want to know who you are looking for. And I want to know where he is. And I want to know, now.” Vlad gave his most menacing look, balled up his fists, and clenched his jaw.
“Don’t know what you’re talking about, big guy,” said Wolfe, adopting a much more relaxed stance. “I think you’ve got the wrong person. I was just having lunch and now I’m going to go back to my apartment and take a nap. Or maybe I’ll do a little fishing. Not exactly sure yet. You see, I’m retired. I’m not working anymore.”
By the quizzical look on Vlad’s face, he didn’t know how to take Wolfe’s response. He was not used to that kind of reaction. Usually people were afraid of him. They would try to get away. This was new territory for him. Then he decided to dismiss all that and move ahead.
“No you’re not going to take a nap or go fishing,” said Vlad. “You’re going to answer my questions. And then I’m going to take you apart.”
Wolfe smiled at him and said, “Go for it.” He had decided that this was not going to be a protracted fight. Considering the size of Vlad, he was going to get in and get it done.
A challenge. Vlad could deal with that. He didn’t experience it often, but he certainly knew how to deal with it. “Let me show you,” he said menacingly as he took a step toward Wolfe, moving to within striking distance.
But instead of moving away from Vlad, Wolfe suddenly rushed forward, ducking the swing as Vlad tried to land a roundhouse punch, which was usually the only punch he had to throw. Instead, Wolfe closed the distance and brought his fist up from his waist with terrific speed, using all the muscles in his body to force his sizable fist up like a jackhammer into the underside of Vlad’s chin.
Wolfe heard the inevitable snapping of the jawbone and saw Vlad’s head whiplash back at an odd angle. Then there was another ominous sound as Vlad’s head reached its apex backward. Bone and muscle experienced extremes of force that were simply no match for the deadly power of Wolfe’s ferocious assault. They both gave way instantly, as did Vlad’s legs, when the life force fled out of them.
Vlad crumpled to the ground like a sack of potatoes thrown from a truck. Dead before he hit the ground. Vlad was no longer a threat to Wolfe, or to anybody else for that matter. His days of threatening and intimidating were over. 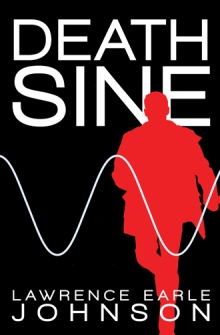 In this thriller, former clandestine agent Clayton Wolfe leads an unconventional team to find and secure a free-energy device that could revolutionize or destroy the world.

It is 1982 when Clayton Wolfe’s nemesis, Devon Barnes, appears uninvited on Wolfe’s doorstep at his remote cabin in the deep woods of Michigan’s Upper Peninsula. Barnes threatens to kill Terri Sommers if Wolfe doesn’t find a local professor who has disappeared along with his world-destabilizing inventions in dark energy. Sommers, who enlisted Wolfe’s help to solve a previous mystery, is an AP investigative reporter with whom Wolfe developed a romantic relationship.
Wolfe recruits several former clandestine associates, as well as the local sheriff and coroner. He also persuades Terri to join the investigation to keep her safe and to bring her back into his life.

Mayhem ensues as a KGB assassin appears on the scene, and deadly incidents befall several of Wolfe’s former associates. As Wolfe, Terri, and crew battle these forces, they race to locate the professor and safeguard his invention. Covert plots swirl as mysterious agents arrive to counter their every move. The action culminates in a fast-paced battle to save themselves and the world.

Lawrence Earle Johnson has been a police officer, college professor, and writer. He has lived in Michigan’s Upper Peninsula, Ohio, Maine, and Georgia, and has traveled extensively. Quantum Fear is the second in a series of novels featuring clandestine agent Clayton Wolfe. His first novel, Death Sine, was published in 2015. Johnson currently resides with his wife in Northern Michigan.