And Other Short Stories 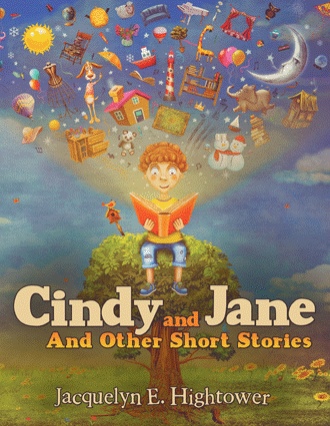 Cindy and Jane were neighbors and good friends. They went to the same elementary school and lived on farms. Cindy and Jane enjoyed spending the night at each other’s houses on the weekend. They liked to do the same activities together. When one of them was missing, her parents always knew where she was playing.

Cindy and Jane were playing in Jane’s yard one day. They were just having fun on a hot but breezy day. The girls decided to walk down the road near the end of Jane’s property. While walking down the road, the girls saw a few bugs crossing in front of them. They just stepped over them. The girls picked up a few rocks and began to throw rocks in front of them and across the fence. Jane threw a huge rock to her left and hit a large tree. The tree made a weird noise, so Jane and Cindy went to investigate. Jane searched around the tree, trying to find the rock she threw.

While she was looking, Cindy saw an old brown bag poking out of the ground on the right side of the tree. Jane and Cindy were curious about the bag. Jane did not want to touch it because the bag looked like it was in the ground for a long time. Jane asked Cindy if she could pull the bag up from the ground. Cindy reached for the bag and attempted to pick it up, but it was too heavy for her to lift. Cindy asked Jane to help her. Jane helped Cindy pull up the bag. The bag tore open as they pulled it. Money scattered across the ground. Cindy and Jane looked at each other in shock. “Whoa, this is a lot of money,” Cindy said.

“What are we going to do with this money?” Jane asked. “Should we leave the money here? It’s not ours.”

From the bonds of friendship to honesty and more, the collection of stories in Cindy and Jane offers a host of lessons for young readers.

In the title story, Cindy and Jane are neighbors and good friends. They attend the same elementary school, and they both live on farms. One hot summer day, the two friends find an old brown bag poking out of the ground on the right side of the tree with lots and lots of money in it. With the help of their parents, they do the right thing.

The story “Skunky” shares a tale about four animal friends who go the extra mile to make sure they’re there for one another. “Jenny” tells about a young lady who goes above and beyond to prove to her parents and friends she’s willing to help people without receiving gratitude in return. “Jack and the Field Trip” narrates how students safely get to a museum and back.

Jacquelyn E. Hightower began writing drafts of stories in 2016. She enjoys creating children’s books that relate to current or past situations in life. Hightower retired from her government job in 2013 and now works with children in various churches in the Dallas district.