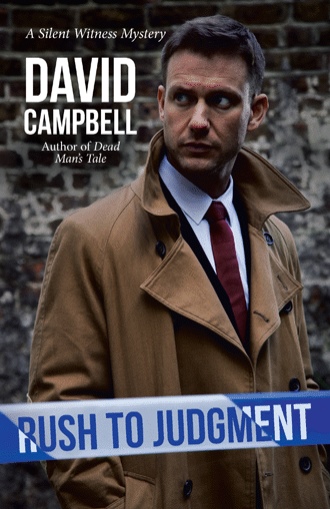 “Where are you parked?” Reese asked Charlie.

“Too far away,” the senior detective replied.

“I’m just around the corner. Let’s take mine,” Reese said. “Grace is with me so you’ll have to ride in back.”

Hustling to catch up with Reese, Charlie snapped, “Not on your life rookie. You get in back and I’ll drive.”

Among the horde of phobias, the old detective had developed over the years was the fear of being trapped inside a burning car. The rear doors of our squad car only could be opened from the outside. The phobia was sharp enough that most of the time Reese’s partner refused to fasten his seatbelt and was in utter disdain of the state law which mandated it. Luckily, cops do not arrest cops so his paranoia had not become a major issue. Fortunately, the fear of being trapped was only about moving vehicles, and did not extend to matrimony, because Twyla had the old man tied up tighter than a drum. “I can get us there quicker,” Reese countered.

“Yeah, but I want to get there alive,” Charlie said between puffs as his air began to fail him.

Grace appeared remarkably calm as the two detectives rushed out of the darkness and piled into the car. Charlie grabbed the keys and was kicking up gravel by the time the rear door slammed shut beside Reese, sealing him inside.

“Better get down, Kiddo,” Charlie said, pushing the gas pedal to the floor.

Grace slid down into the floorboard and placed her head on her arms on the seat.

Whatever phobias Charlie had, they didn’t extend to fear of running over people; several officers had to bail out of the middle of the street as he swung out onto Skillman and headed north.

At a distance, we could make out several officers converging on a covered bus stop about two hundred yards away. Captain Baldwin had beaten most of them there. He was the closest officer, and was angling his car into the curb just south of the bus stop. His headlights lit up the area of the damaged fence in stark relief from its dark surroundings. The officer had stepped out of his car and was crouched behind the vehicle.

Charlie was closing the distance rapidly, but the little drama in front of the detectives was moving too fast. The bus stop shelter was one of those with a Plexiglas front and steel benches against a rear wall. Someone must have shouted, or maybe the suspect simply turned to look when the headlights lit up the area and the tires screeched. He must have suddenly realized he was the target of the police, because no one else was in the enclosure. He could have just been curious as to why the officers were lining up in front of this bus shelter. Whatever his reason was, as Charlie and Reese watched, Kindred James rose and stepped forward, sticking his head out of the enclosure.

His prayers went unanswered as the suspect turned his head toward the closest officer and opened his mouth to speak. As he did, all hell broke loose. Charlie and Reese were still too far away to prevent the horrible chain of events that was unfolding before them. Disaster struck as several of the officers fired almost simultaneously. The suspect did an awkward dance before falling backwards to the floor of the shelter. By the time the first sound of gunfire reached them, the suspect was down and officers were strafing the shelter, reloading and firing again. The Plexiglas front of the shelter disintegrated into a fountain of plastic shards and smoke from dozens of bullets.

Charlie Dent set his own boundaries for the shooting scene, sirens blaring, scattering officers as he drove the squad car between the shooters and the shelter, hitting the curb and rebounding back into the street blocking the shelter and fallen man from the onslaught. His sudden maneuver must have driven a bit of sanity or fear into the gathered officers because the firing stopped. Charlie stepped out into the street facing the officers, giving them one of his patented glares before opening Reese’s door. For a split-second Reese feared the old detective was going to draw his weapon and do some shooting on his own into the crowd of officers.

Reese ran to the shattered shelter. Climbing over the splintered plastic and steel he had dropped to a knee beside the fallen suspect and felt for a pulse on his neck. A shock ran all the way up his arm and into his heart as he felt a weak throb.

“He’s still alive,” he shouted. “Get an ambulance here!”

He had totally forgotten about Grace until she forced her way into the shelter beside him and moved him aside.

“Get me some more light down here,” she stated calmly, taking charge of the situation. She ripped the victim’s shirt, exposing his chest, which was undulating like a freight train over a stretch of bad track. Blood fountained out of a lower chest wound like a mini geyser, and she quickly wadded the shirt, pressing it over the bullet hole. “Hold this as tight as you possibly can,” she ordered Reese in a voice that sounded like a mother bear protecting her cubs. “If you let go, he will die in less than a minute, do you understand?”

Reese could only nod and obey.

At a distance, the sound of more sirens could be heard echoing across the neighborhood. Grace glanced in the direction of the sirens, and then continued her triage on the wounded man. From his vantage point, Reese could count six bullet wounds, which, by itself was a minor miracle. He estimated that well over a hundred rounds had been fired, all from less than fifty feet from the shelter.

Violent Crimes detectives Charlie Dent and Reese Barrett arrive at a murder scene only to find a guy in a suit, bled out and dead on the floor of a shop. Imagine their surprise when they turn the body over and recognize Richard Carver, a burglary detective working out of the East Dallas station. It’s not long before the entire police force is on the hunt for a cop killer.

Nothing about the crime is clear. The shop owner is little help, since all he remembers is that the shooter was black. There was a mistake with 911 that possibly cost Carver his life, and now, Carver’s former partner is out for blood. As police hysteria rises, a black man named Kindred James becomes the prime suspect but ends up shot by the authorities chasing him.

James survives the firefight, and cops all over Texas seem convinced of his guilt. Charlie and Reese aren’t sure James is their killer, though. “Black Lives Matter” enters the forefront as the investigators are attacked from all sides. In order to prove the innocence of the young black man, they must sift through red herrings and misdirection from friends, authorities, and even the media before James ends up dead.

David Campbell is a former newspaper crime reporter with a lifetime of experience in reporting from the crime scene to the court verdict. He is a graduate of the University of Oklahoma’s renowned Professional Writing program and lives in North Texas and Dallas, where most of his novels are based.