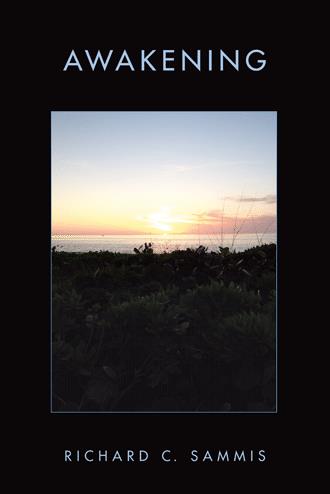 Passages from AWAKENING “Hello, Mrs. Conklin, hi Penny. Ah, sorry sir, a martini please, sir.” Ever since pledging Psi U at Dartmouth, Charlie had ordered a martini when one was available. “Fine, and you, dear” Mr. Conklin said addressing his wife, “Can I get you another one?” “Yes Bob, that would be nice.” An attractive woman in her mid-40s, Charlotte Conklin had grown up in Manhattan and summered on Huntington Bay. She and her husband met during college and found marriage a social necessity after one sweaty evening on a beach just east of her summer home. Charlotte’s family was not terribly impressed by her husband’s ancient Huntington roots until they lost their waterfront house in the great crash of 1929. And it didn’t hurt that his banking job had proved to have more durability through the Depression than the brokerage business they ran. As for the two of them, married life may have commenced earlier than they would have preferred, but they were well suited and as happy together as two people so otherwise blessed had any right to be. (38) “Charles, I am touched that you took note of my choice of cocktail the other night. It is ‘tres gallant’.” Francoise smiled as she paid him this compliment. Surprised that she would be so friendly, he managed to respond with what he hoped was some small measure of style. “Not at all.” They chatted amiably for a few minutes, commenting on the view and the beauty of the ship. Then Francoise became serious. “Charles,” she asked, staring at the drink she held on the table and then turning her head to look directly at him. “Why are you really traveling to Germany?” “Well,” he paused as if he were searching for the right words when in reality he was searching for the right answer, momentarily unsure why he was on the trip. Sensing time was running out he said, “I guess I would say that I’m traveling to Germany as a cap stone experience for my study of German language and culture.” “And do you know what is happening in Germany?” She bore in on him, her expression hard and her dark eyes unblinking. “Why, certainly I do,” he responded defensively. “I’m aware that Germany has peacefully absorbed German-speaking territory, merging with Austria and incorporating the Sudetenland.” Charlie thought he had done well enough with that response, not realizing he sounded like a spokesman for Joseph Goebbels, chief of Nazi propaganda. (63) Shortly after six that evening, Penny, Charlie, Eleanor Martin, Penny’s roommate, and Carlos Gonzalez, Eleanor’s beau, gathered in the common room of Severance Hall before moving on to the Italian restaurant in downtown Providence where Penny had made a dinner reservation. From the Pembroke campus to the Gilberti Café was a walk of about fifteen minutes, which was just manageable on that cold, clear evening. The restaurant itself was a family affair. An ancient woman, grandmother Gilberti, sat near the front door and glumly scrutinized the patrons while her grandson, Lorenzo, a paunchy middle-aged man with gray and black curly hair, welcomed them with bad jokes. (160) The crowd was tense with anticipation and kept up a low buzz of excited conversation until Goebbels appeared at about twenty minutes past three. Joseph Goebbels, the forty-three year old Reich Minister for Public Enlightenment and Propaganda, was less than five feet tall. He walked with a pronounced limp, owing to an unsuccessful childhood bone operation, and bore an alarming resemblance to a rodent. As the holder of a PhD from Heidelberg University, he was known widely as Dr. Goebbels. Despite this academic achievement, like many of his Nazi party colleagues he had failed at every turn in life before discovering the politics of German victimization so persuasively espoused by Adolf Hitler, whom he was to introduce that afternoon. In addition, he lived a life of hypocrisy. Only by describing his limp as a war wound, a clear impossibility because the limp itself had kept him out of the Great War, did Goebbels avoid paying a price for his non-conformity with the racial and physical purity required of Germans by Nazi law. (206)

In 1939, life is good for Charlie Scudder and his fellow members of Psi Upsilon at Dartmouth College. Drinking, poker and hockey are favorite activities at the house. Following graduation, however, war breaks out in Europe and the course of Charlie's life suddenly turns in a very different direction.

Charlie's cherished experiences at college do not prepare him for unprecedented future events that challenge him mentally, morally, and physically. He is surrounded by war, and his actions now have profound consequences for himself and the people he loves, especially when he befriends Frieda Pelle, a charming secretary in Germany.

Awakening is an atmospheric tale, bringing to life Dartmouth, New York, and Europe in the age of the "Greatest Generation." Told with rich, historical detail and anchored in time by colorful facts, it is the story of a boy becoming a man as he learns the value of character over beauty and the need to courageously answer when duty calls.

Richard C. Sammis was raised in Huntington, Long Island and graduated from Dartmouth College. He was a long time partner in the New York law firm, Willkie Farr and Gallagher LLP. He lives in Naples, Florida, with his wife, Sally. They have two children, Katie and Peter.