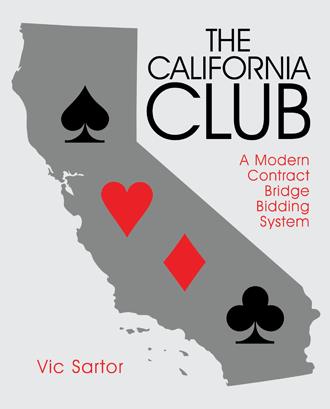 If this book is going to be a best seller, it needs either sex or controversy. I’m sure you’ve noticed how sexy the first few sections are, so let’s try for controversy. How about this?
In a strong club system, the limit raise in a major suit is one of the
most useless bids in bridge, at least in terms of accurate evaluation of
game prospects. How do I reach this conclusion, which is obviously not
in line with the common wisdom? Let’s look at some typical one spade
openers, all limited to no more than 16 HCP.

All of these hands have 13 HCP. All are perfectly good one spade openings. All have one thing in common. It is a pure guess whether
they will make four spades opposite a limit raise to 3S.
If the responding hand has a singleton diamond, hand A is likely to
make game. If it has key honors in clubs and not much in hearts, hand B
will probably take ten tricks. Shortness in either red suit or a good fit in
clubs would be nice on hand C.
In practice, the average aggressive player will probably close his eyes,
rub his rabbit’s foot, and bid game on all three. On a good day he may
make all of them. On a bad day, he can blame three minus scores on his
partner’s lousy limit raises.
Unfortunately, once partner bids three spades, it’s a little late to get a
detailed description of his hand.Which brings me to the point of this
discussion. There is a much better way to raise partner’s major suit opener.
It is especially useful when opener’s hand is specifically limited to a range
of 11-16 HCP, but it could also be adapted to any standard system.

Bridge is a complex card game that consistently tests the creativity and brain power of its players. One of the most important aspects of the game is bidding, the way players convey information about their hands to their partners. They use this information to try to reach the optimum contract on any particular hand.

Vic Sartor is a retired teacher and seasoned bridge player who has developed a bidding system he calls “The California Club” over a 50-year playing career. Some of the ideas presented here are completely original, while others are what the author believes are improvements to commonly used treatments.

He presents his suggestions with a touch of humor, freely acknowledging that many of them may be considered a bit unorthodox for widespread public adoption. For instance, it is not clear how many players will rush to start using the “Rube Goldberg No Trump” or the “One Diamond with Muscles” – two of his more colorful inventions.

Nevertheless, players who may be thinking about trying a strong club system or who already play one may find many useful ideas here, whether or not they decide to give the entire system a try.

Vic Sartor is a veteran bridge player who has had success in both regional and national tournaments. He first became enthralled with bridge as a college freshman and never lost his fascination with the game. Now retired from teaching, he is finally able to share the bidding ideas he has been developing for more than fifty years. Sartor currently lives in Fontana, California.