Say What You Mean, Mean What You Say 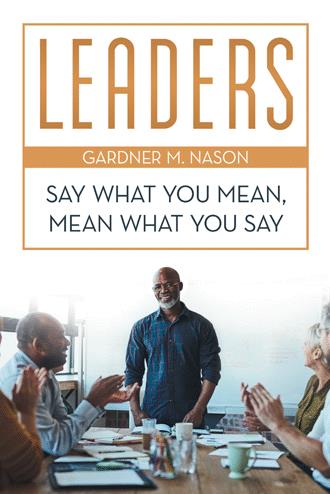 Consider how selected principles of leadership are communicated in helping leaders achieve positive outcomes, such as getting a desired response, achieving organizational goals, and enhancing respect between leader and follower.

“Follow me and do as I do” is what lieutenants and sergeants in the military are taught about leadership at its elemental level. In other words, follow the leader’s example. The principle applies to leaders in all walks of life. How you behave and what you do in all aspects of your behavior communicate more than anything you say. Your peers, employees and subordinates observe your behavior and habits, and they take cues on what is acceptable. So do your children. Leading by example is a powerful way to communicate.

“Do as I say” doesn’t cut it just because you’re the boss issuing a directive unless you demonstrate that you also “walk the talk.” The new person who walks in and takes over the position as the person in charge—president, vice president, director, commander, manager, department head, team leader—whatever level—commands respect initially by virtue of his or her title and position—but not for long. That respect, and the support that goes along with it, is quickly reinforced or eroded by how you act and what you do as soon as you take control, hold meetings, make decisions, and start to direct. Your knowledge, behavior and leadership style are evaluated consciously and unconsciously by those around you and are reflected in the support you get.

Leading by example is also wide-ranging. Your work patterns and habits are observed. It includes how you dress; when you arrive at work and depart; your stated view on work and home life balance compared to your observed work pattern; how you conduct meetings; your attentiveness when listening; your reaction to bad news and disagreeing views; how you address people; if you make eye contact; if you ever smile or laugh. In these circumstances and others, your example communicates the type of leader you are. Subordinates take cues on nearly everything you do, and some even imitate your behaviors. You’re under a microscope. The higher you are in an organization, the more people are watching and the less privacy you have.

And it goes beyond the workplace. People notice you while traveling, in restaurants, while shopping, at school events, at the gym, when you’re jogging. When you are out and about, assume somebody out there recognizes you—someone from work, a spouse of an employee, a friend, a friend of a friend. The fact of the matter is, being a leader, you’ve achieved celebrity status of sorts. It comes with the territory.  People are not deliberately spying on you, so don’t be paranoid—just be aware and behave appropriately.

As an aside, isn’t it amazing to see individuals at the highest levels of government, top executives in industry, high-ranking officers in the military, entertainment figures, athletes—people in the spotlight and positions of power—who think they can get away with illegal, scandalous, unacceptable, or just plain bad behavior? Their judgment is clouded by lack of awareness, greed, lust, power, arrogance—who knows what? In behaving badly, they are abusing their position and authority. Denying bad behavior or brushing it off as only kidding, just having a little fun, lighten up, it didn't happen like that, was misunderstood, was taken out of context, or she's too sensitive does not fly. They fool only themselves. Don’t be one of them. Most people—your employees, your peers, even your children—have pretty good instincts about behavior. They know what’s right, what isn’t, and if something smells fishy.

Your good reputation is a valuable asset. It takes a long time to earn, yet it can unravel very quickly. Don’t be careless or tempted to do something you shouldn’t. Why? First, because it’s not right. You know better, or should. Demonstrate the good sense to recognize temptation for what it is. Second, because someone out there, somehow, somewhere, is observing and taking it in. And third, it will affect your effectiveness as a leader. Your actions are seen, even when you don’t realize it. How you act communicates more than you realize and, for better or worse, affects your ability to influence others.

“Speak the truth” goes without saying, or should. Nothing will undermine your credibility as a leader quicker than not telling the truth. If you think you are the only one who knows the whole truth or what the real story is, you are not being realistic. Or, if you are, somehow, some way, perhaps later, the actual truth will come to light. Either way, if you are not truthful, you lose.

Also, leaders hurt themselves when they don’t tell the complete truth, or when they obscure or sugarcoat the truth to a point where it’s hard to figure out just what is being said. Don’t mince words. Don’t be ambiguous. Granted, there are situations that require confidentiality and discretion. When you cannot address a situation or answer a question that is screaming for a comment, at least explain why. For the most part, people know the rules when there are privacy, legal, security, or propriety considerations, and they expect you to play by them.

A sin of omission is just as bad as a sin of commission....

When it comes to communicating, too many leaders have only a vague notion of how to do it successfully.

It’s important for leaders to refine their communications with employees and other key players since they are likely to have an effect on achieving organizational objectives. After all, no matter how good you are, if you can’t communicate effectively, how are you going to accomplish what needs to be done?

In this communications guide, you’ll learn how to:

give team members information and guidance in clear and achievable terms;

tailor messages to satisfy your audience’s interest and role; and

distinguish, differentiate, and position yourself, your organization, and your products and services as the best or preferred solution compared to competitors.

The author also highlights how to ensure that employees understand what a leader intends in clear terms, how to avoid offending audiences, and what to expect from the communications staff.

Whether you’re a leader of a small department or a large organization, you’ll get useful advice to improve your skills and achieve better results in this communications guide.

Gardner M. Nason is a communications professional with thirty years of experience in various communications and marketing environments, including the military, an advertising and marketing agency, a college, and medium and large corporations. He has a bachelor of arts in English from Norwich University and a master of arts in journalism from The Pennsylvania State University. He lives in Lincoln, Vermont.