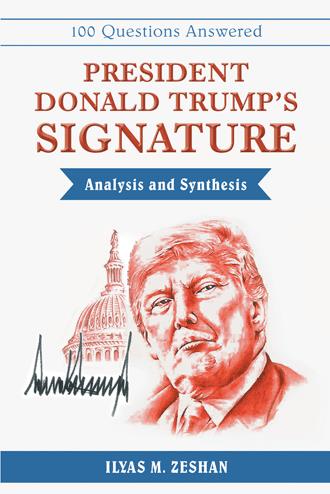 The president’s constant tweets have become the subject of great interest. People are getting curious about why he chooses to comment through tweets so often. Can any conclusion be drawn from his signature?

Handwriting Analysis or Signature Analysis cannot reveal whether a writer tweets or not. However, examining a writer’s use or recurring actions may provide a clue for that tendency.

From the president’s signature, it is quite obvious that sales and the techniques that make sales possible are always on his mind. He makes a sales pitch whenever and wherever he gets a chance. Tweets carry certain characteristics that correspond to the president’s style of pitch.

One of the pillars of his communication is that his messages must be direct and precise. In sales, this method is known as KISS, which stands for “keep it simple and short.” Tweets perfectly fit in that scenario, and the president loves it. 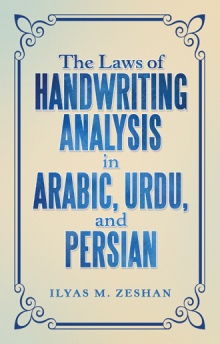 The Laws of Handwriting Analysis in Arabic, Urdu, and Persian
Ilyas M. Zeshan
$30.95

Handwriting experts from around the world have analyzed the signature of President Donald J. Trump, but virtually all of them have limited their analysis by only highlighting the leading traits of his personality.

For the first time in this book, handwriting expert Ilyas M. Zeshan presents a detailed analysis of the president’s signature with precise explanations and elaborations.

By answering one hundred of the most insightful questions he received about the president’s signature prior to and after his election, he explores key aspects of the president’s personality and what his signature says about who he is.

The questions he responds to include:

Does the president have a “secret method” to his signature?

Does the president’s signature show signs of stress?

Others ask whether we can infer what makes the president happy, if his signature says anything about his desire to be unpredictable, and whether the president is an optimist or pessimist.

Written in a fun, question-and-answer format, President Donald Trump’s Signature explains the fundamentals and science of handwriting analysis – and what the president’s signature reveals about his character.

Ilyas M. Zeshan earned a master’s degree in international relations from Chicago’s Roosevelt University and continued his studies there for an MBA. His professional experience includes work as a writer on International Relations, a graphology instructor, and as a graphologist who has given advice on thousands of handwriting samples. He is the inventor of handwriting analysis in Arabic, Urdu, and Persian He also wrote an extensive book on the subject. He has appeared on numerous radio and television programs and resides in the suburbs of Washington, D.C.