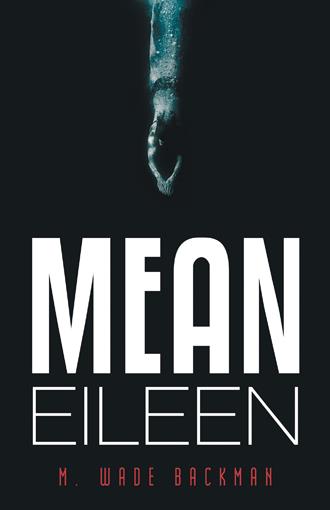 She was returned to the Pacific Ocean again, that same ocean that constantly churns ever so unpredictably, ever so hauntingly, around a place called Arch Rock. It was the most important part of a spectacular island called Anacapa, which was located somewhere off the incomparable southern coast of an entirely imaginary place called California.

And it was in those familiar waters that she quickly resurfaced, feeling more invigorated and more powerful than she had ever felt before. "Oh, baby babe," she gasped, practically euphoric.

"Look out below," Kristoffer barely warned her before he splashed down close behind her.

"Kristoffer," she said to herself with some relief before she swirled around in the cozy water to face him directly, again.

He quickly resurfaced amidst the fizz and the froth but with his back to her this time---a dangerous tactical position indeed, but they were not yet at war.

"Oh my, Kristoffer," she squealed.

It unintentionally made him react as if she'd just tapped the top of his head with a carpenter's hydraulic hammer. "Whoa, baby babe, you just rattled my shark cage rather seriously."

"How did you like being murdered?" he said as he turned around to face her familiar voice.

"Nothing to it," she said curtly as she paused to quickly read his mind like a graphic novel without even telling him. "I do remember you choking me, though, and a little bit of the fall, just nothing after that."

"Me too," he said amicably. "I remember you trying to shoot me with a cross bow before that. But it's all starting to fade into warm and fuzzy."

"This is a real puzzle," he said as he looked around for enemies of the state.

"What now?" she asked as she rippled across the water like a sensuous, ghostly reflection right up until she was in his face, staring deeply into his wonderful eyes.

"We've got a bigger boat," he said, looking past her shoulder. "Right? We must be doing something right."

"Right. But where is everybody else? Are they already here?" she asked as she swam backwards toward the yacht.

He was quick to follow her, which she loved immensely. It made her giggle before she purposely vanished altogether beneath the cool water.

Determined reader beware, for these luxurious characters and their confounding antics are not for the faint of heart or morally upright. This is the incredible “true” story of a lovelorn white shark, the devil, an impossibly perfect woman, and a billionaire President of the United States---- who seriously suspects he may be God Almighty.

To make matters worse, the commander-in-chief, is also worried that he may have inadvertently forfeited his immortal soul to the dark side, before he suddenly comes to realize that his harrowing predicament is even worse than that. He is dying.

Zombies and reincarnation seem to be lurking around every sharp-corner in this hellish twister fraught with gratuitous violence, sex, drugs, golf, and of course championship bowling that will permanently warp even the strongest psyche past page one. Fight Club meets Fear and Loathing in Las Vegas, sandwiching a disturbed weirdness unseen since the original black and white Twilight Zone TV series.

M. WADE BACKMAN is a retired deputy sheriff and former bodyguard to prominent members of the Saudi royal family. He’s also a member of the Screen Actor’s Guild in Hollywood, California. This is his first novel.