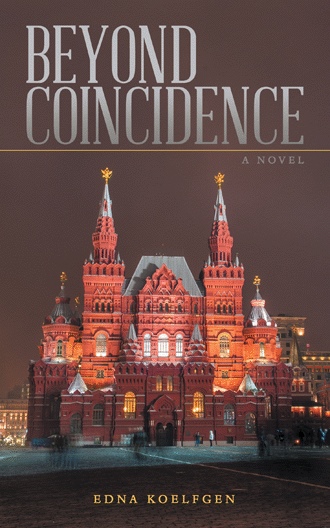 As he cradled his son and shielded him from the rain-swept winds, Viktor hurried to find shelter.  It was dusk – and because of their exhaustion during the past couple of days traveling, he was eager to find a place for the night.  They were on the outskirts of Key West and had just come to the end of their journey on Old Dixie Highway. The Greyhound Bus Service driver had pulled into a one-pump filling station that had no canopy (which apparently sufficed as a terminal). There were no other passengers on board and it appeared the bus would be parked there for the night.  The driver wasn’t helpful with any directions, was not interested in the slightest bit of conversation, and the one attendant inside the station was deeply engaged on a phone call, turning his back on them.

Viktor set Vlad down inside out of the squally weather and looked around for a taxi.  Not seeing one or any other local activity and not wanting to spend the night in their present surroundings, the two weary travelers started out on foot. Vlad couldn’t keep up…he had just turned four and the winds were strong enough to hamper his attempt at walking alongside his father. Viktor lifted him up and carried him as they headed toward Key West. Trudging through the downpour along the road adjacent to the ocean, Viktor could barely make out blinking lights in the distance, which he hoped would be a motel.  The surf was furiously crashing against the shoreline and the wind sprayed them with a biting torrent of the ocean’s fury making it all the more difficult to distinguish what was ahead.

After hiking at least two miles, both of them got soaking wet and gripping their suitcase, finally got closer to the isolated establishment.  Hope for lodging faded as he saw the blinking neon sign “Conch Bar.”  Several cars, trucks, and boat trailers were scattered about the gravel parking area.

With no other option, he entered the smoke-filled tavern. The walls were covered with fish mounts netting, crab traps, and old bait buckets.  His eyes burned from the stale air inside, not just from the smoke, but from the heaviness of the muggy brackish air trapped there by the closed windows.  Vlad was now sleeping on his shoulder – and as Viktor came through the door, he could feel all eyes on him.  The bar was about half full, maybe 15 or 16 people there.  An old jukebox was playing, “Pistol Packin’ Mama,” and a few couples were dancing wildly in the cramped and dimly-lit saloon.

“Com’on in here outa th’ rain, young feller,” bellowed a crusty old salt sitting at the bar counter.  “Set ya-self down an’ hav’ som’ beer.” As Viktor made his way to an empty table, wading through the peanut shells on the floor, he pushed a couple of chairs together to create a make-shift bed for Vlad. Being so worn-out from their journey, the brusque voice of the bar patron didn’t awaken him.  Viktor was somewhat relieved at the friendliness, which appeased his mood a little – but when a barmaid came over full of questions, he was immediately annoyed at her.

He ignored her queries and replied, “I’d like a double shot of Smirnoff, uh please, with a chaser of beer, and for my son, a glass of milk.”

“Well, now, ain’t they cute!”  She left to get the drinks.  Within moments she was back with his order and, also, a pillow that she placed under Vlad’s head.

“Thank you, mam…that was very kind of you.”

“Ma name’s Lucy an’ ya’ll can call me that.  Whatsa matter, cat got yor tongue? We’s frendly foks in here, man, an’uh I’d like to git to know ya.”

“Lay off it,” shouted the old salt.  “Can’t ya see the man’s tired and don’t want yor comp’ny?  Damn it, leave ‘em alone!”  With that, Lucy stomped off and Viktor eyed Old Salt, giving him a nod of thanks.  Vlad stirred but remained asleep.

The people in the bar took notice of the duo, whom they had never seen before.  The tall good-looking man was oddly formal but at the same time gave the impression of being a sociable sort.  The gentle way he took care of the boy elicited warm feelings and a buzz of speculative chatter could be heard among those eyeing him.  His dark eyes were partially obscured by his wet brown hair which was tousled from the storm outside.  They figured the boy couldn’t be more than five years old.

Listening to the next song, “Sentimental Journey,” brought back emotional thoughts of what Viktor had recently left behind even though the words were in English and not his native Russian language.  It seemed ironic that such a tune would be one of the first songs he heard upon arriving here.  His familiarity with American music was entrenched in his subconscious mind as he reminisced about the years of the rigorous training he had undergone.  Slowly drinking his vodka, which wasn’t the custom in Moscow (as they tended to guzzle it all at once), he needed to fit in here and didn’t want to attract undue attention.

In the 1940s, President Truman spent time at the “Little White House” in Key West—the very reason Viktor Minnich is sent there. Viktor is a spy from the USSR who arrives via Greyhound bus with his young son, Vlad. They are quickly helped by Hank, a devout Christian, who finds lodging for them and helps Viktor start his own bait and tackle shop.

Four-year-old Vlad adapts to his new American home even though he misses his mother back in Russia, while his father carries out spy assignments. Viktor’s brilliant mind is soon tormented as he is forced to deal with circumstances beyond his control. When he develops feelings for a Florida woman, Laura, the turmoil almost gets the best of him.

In his heart, Viktor is a family man, but he is also loyal to his republic. His face-to-face talk with USA counterespionage agents is mandatory. After Viktor disappeared, a young lady digs deeper into the life of Viktor—but is she ready to uncover the many mysteries of a Russian spy and the woman he loved—even if it takes her all the way to the USSR?

On Edna Koelfgen’s 1st Grade report card her teacher wrote a note that she was very creative. Edna spoke on live radio WSPB in Sarasota, Florida, reciting “The Little Turtle.” By 2nd & 3rd Grade she was identified as a good storywriter. Learning a lot of history during 4th Grade motivated her outlook on life. In 5th Grade she won a school-wide essay competition. In Junior High School Edna was on the Student Counsel and voted VP of the Freshman Board.

In High School she was voted Chairman to coordinate committees for the all-important Homecoming Weekend. During the summer before her senior year she had a job with a notorious law firm. After high school graduation in 1961, she was again employed for the summer by the same law firm, which had recently hired a former Sarasota County Circuit Court Judge. She learned much more about judicial law by working alongside him.

Edna received a scholarship just prior to graduation and spent the next two years at Florida State University for an AA (Associate of Arts) degree. In between those two years, she applied for a position in the 1962 summer “White House Seminar Program” which required a GS Category & Rating test. After passing the test, she was assigned to and worked in the Department of Labor – Wage & Hour & Public Contracts Division. The job was challenging, and the seminars were amazingly intellectual. The Secretary of Labor was Art Ginsberg while JFK was President. Meetings & seminars were many, including the well-known Edward R. Murrow, the President and many political figures. Constitution Hall – NSDAR Building hosted some events.

After completing her FSU years, she became a legal secretary for a large firm in Sarasota, Florida. She almost returned to college to earn her LL.B, but Edna decided she’d rather see the world than become a lawyer. By applying with Northwest Airlines, she became a stewardess and was able to travel to numerous places. She loved her job and learned much about the world. The Cabin Service Supervisor received frequent letters praising Edna’s service to them.

During 1969 she took some time off from her job and was able to get a visa via the Russian Consulate for travel to and within the Soviet Union. In the early years of the 1960s the USSR had opened its borders to foreign travelers. The reason Edna wanted to go there was to see for herself some of the historical things she had learned while growing up. Using a travel diary documenting details of those sojourns gave her inspiration to write her first historical novel. Edna’s imaginary characters are within the realm of her travels and life happenings as she transposed herself to one of the main characters in her first book. Some real events do occur.

The next year – 1970 – she got married to a wonderful man and they celebrated their 47th anniversary in 2017. Their son and daughter are married with great independence and doing the work they enjoy. After earning his BS degree, their son is a Director with a top advertising firm. Their daughter earned her Ph.D after receiving a fellowship from NASA with continued employment within NASA Mission Control and R&D.

As a member of the National Society of the Daughters of the American Revolution (NSDAR), Edna placed Runner-up in a 2014 Minnesota State Women’s Issues Essay Contest (Category: Health). It was intimated she would have received 1st Place had she been able to attend the Award Ceremony…but that’s okay as Edna was happy with what she won and now treasures a beautifully framed Certificate of Award. One of her passions is also writing poetry.

She and her husband formed a small business in 1985 as manufacturers’ representatives in the semiconductor and medical electronics industries – and both work harmoniously together. Business colleagues as well as personal friends and relatives have requested Edna’s assistance in writing letters and papers to help them achieve masterpieces…is that called ‘Ghost Writing?’