Wait! What Is True Love? 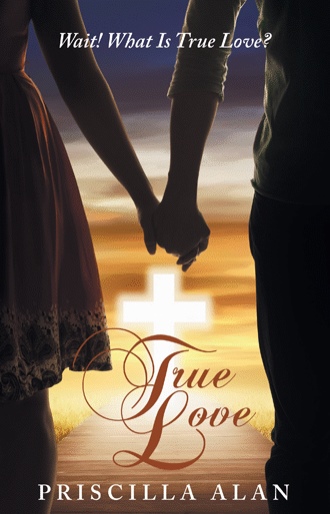 One day, when he came home, I had been waiting for him to come watch Tom so I could leave. Riding my bike around town was my out and I did it as often as I could. Sometimes I would ride right down the middle of the road and wish someone would come along and end it for me. Sometimes I would ride as fast as I could with no hands hoping I would hit a rock and topple off head first and it would all be over. This day though, changed all that for me. As I went out the drive, he was standing there at the back of his truck. He reached out and grabbed my arm as I went by and stopped me. “JANE, can we please talk?” he asked. I didn’t want to talk to him ever again. I knew what he had done and now I knew that he was lying to my mother and I hated everything that he was. I stopped my bike and couldn’t respond to his question, but just stood there looking at him with all the hate I could muster. “I want you to know that I would put a gun to my head and pull the trigger before I would ever hurt you girls again,” he said. What??? Did he just admit to me what he had done? Did he really just tell me that he would kill himself before he would touch us again? I looked into his eyes then and the tears and love I saw there were all it took for my hate and anger to instantly melt. In that moment, I didn’t care that he hadn’t told my mother, he had just admitted it to me. The heaviness in my heart was gone then, and again I couldn’t respond to him, but just rode away with a new sense of joy that I hadn’t ever felt before. I was truly rejoicing in his truth. All the anger was gone and I felt like I could live again.

In a world where we use the word love every day, why is it that so many don’t have a clear understanding of what it really is? What is it all about, and how do we find a love that will last a lifetime? True love is more—so much more—than any book can capture, but there is at least one person who has lived it.

In True Love, author Priscilla Alan shares her story of one young girl’s struggle to be loved and how she found the true love that changed her life forever. Searching for this love at even a young age, Priscilla would sadly find only abuse and neglect with the various relationships in her life. But through it all, she knew true love was out there, and she shares her story in the hopes that it will help others who may be in search of this same true love that she has found—the love of Jesus Christ.

Priscilla never dreamed her search for true love would take her where it has. Throughout her life, love meant many different things, both good and bad, but in the end she discovered what true love is all about—a love that she never thought was possible, but that is available for all of us if we believe.

Priscilla Alan grew up in the backwoods and hills of the Ozarks in Missouri, and she spent her childhood as the blonde-haired, brown-eyed little girl walking the dirt roads looking for mud puddles to sink her toes into or wild sunflowers to put on the dinner table. Though spending a lifetime struggling to find true love, today Priscilla has found her true love in Christ, and she shares in this love with her husband, children, grandchildren, and family.