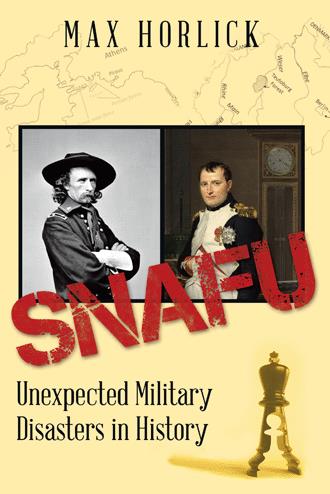 Shooting and being shot may seem an integral part of war, but are they the most essential elements of a struggle? Not necessarily. There is always the hidden war behind the war.

Wars have been the standard way to settle a dispute virtually since the beginning of what is known as civilization. The earliest pictographs of armies at war come from the ancient, middle east kingdom of Kish, dated to about 3500 BCE. provided archaeologists with solid evidence that a fortified city stood on the site before 7000 BCE. In each war, there were winners and losers. In each there were "good guys" and "bad guys," depending on which side won in the end and survived to tell the tale.

And playing out these wars have been kings and generals, usually remembered by how they won or were beaten. So, one side usually wins and one side usually loses. Is it always the strongest? The most virtuous? History has given a variety of answers to this question over the ages. In ancient times, in epics such as the Iliad, it is the gods who intervene and decide. According to the Iliad, the Trojan War began when Paris, Prince of Troy was awarded Helen, the wife of Menelaus the King of Sparta, and the most beautiful woman in the world. The snatching of Helen of Troy may seem like a flimsy pretext for starting the 20-years war celebrated in the Iliad, but history illustrates that there have been even flimsier pretexts. Remember the Maine? Remember the Lusitania? Remember the Alamo?

The SNAFU factor? The Trojan horse was the trick the Greeks used to sneak through the impenetrable walls of Troy. It will be recalled that the Greeks built a huge horse and filled it with warriors. The Trojans were curious about it and pulled it within their wall, with disastrous results.

Wars and war heroes have always been worshipped, especially when knighthood "was in flower." The tales of the King Arthur of the Round Table, have always inflamed the imaginations of school children and adults. There was at least one exception however. In the Middle Ages when chivalry was glorified and when "knights were bold," a French song-story writer wisely and anonymously dared to mock fighting in a story called Aucassin et Nicolette. The plot, which is secondary here, concerns a battle in which the foes hurled food at one another instead of weapons. A seemingly subversive tale for that era, an insult to Camelot? Then at the end of the age of chivalry there was Don Quixote tilting at windmills.

In history, large, well-trained, well-equipped, very successful armies were beaten by much lesser foes. Statistically they had 100% chance of winning and yet did not. The 100% expectation did not take into account the SNAFU factor.

SNAFU situations are very serious, yet the first reaction to the word is usually laughter at the expression and the idea. A veteran will usually recall his own wartime experiences, particularly when all did not always go well. However, actual events are usually complex and SNAFU may have different implications for generals who are responsible for the planning and directing, as for the troops who are the casualties. For us troops, it may be the little things rather than grand strategy that matter, aside from survival of course.

So what, if any, is the common thread to be found in the ten examples presented here? Is there a common thread? Is there a lesson to be learned? Is it that you are condemned to repeat history if you do not pay attention to it?

Of the ten examples presented here, most occurred as just one episode in a string of battles or of wars. There is no indication that each unfortunate experience provided a lesson which should have avoided the next event.

Did the great hero General Eisenhower and the villain Custer encounter the same flaw? Yes, and it was intelligence. The former did not trust the information he received and the latter trusted it too much.

In several instances, the arrogance of the commanders blinded them to the realities of the impending situation. In the one example, young Winston Churchill's warning of a poor decision was ignored by snobbish superiors.

Logistics is an unglamorous aspect of war. Yet that is one of the factors that brought down arguably the greatest general ever, Napoleon, in his Russian campaign.

Some combats were so SNAFU that they were doomed in advance to a tragic ending; The Charge of the Light Brigade, and the British at Ticonderoga, for example.

The Battle of Bannockburn between the Scots and the English involved just about all of the elements of potential failure.

So what lessons can be drawn from these historic blunders? To repeat, that normal is not normal in a wartime situation. Rather SNAFU is normal, most especially for the troops. The larger war may be going well, but the individual's combat may not be. The commanders usually are awarded the medals, the foot soldiers are "screwed."

The names and places in which the examples of SNAFUs are mentioned are well known in history. Winston Churchill, the hero, not the villain first proved to be either wise guy or a man of wisdom in his early years, as he himself details in his autobiographical writings.

Then the question arises as to whether Eisenhower and Custer were let down by the same weakness — betrayed by poor intelligence. In fact, is it proper to question the performance of Eisenhower, or is it equivalent to assaulting a sacred cow?

Kings and generals may be to blame, but it is always we the troops who are the victims.

Shooting and being shot may seem an integral part of war, but they may not necessarily be the most essential elements of a struggle. There is always the hidden war behind the war. Veterans of wars know that in wartime, normal is not normal. Fouled up is normal. During the Second World War, these mistakes became labeled as SNAFUs.

Max Horlick, who once fought in the Battle of the Bulge, shares narratives of ten historic battles covering from 450 BCE to 1945, in which the superior forces lost and often encountered the same flaw. While leading the reader through each battle, Horlick illustrates that generals, kings, presidents, and others in charge made terrible military decisions that caused soldiers to suffer. In the Battle of the Bulge, Eisenhower did not heed intelligence. On the other hand, Custer lost at Little Big Horn because he did. Other narratives highlight additional memorable battles such as Saratoga and the American Revolution, Agincourt and Shakespeare, Napoleon in Russia, and the battle of Salamis and Xerxes.

SNAFU shares ten insightful and colorful tales of military battles, leaders, and the decisions that changed the course of history around the world.

Max Horlick received training at the secret Camp Ritchie Military Intelligence Training Center; served in the European Theater of Operations in military intelligence in France, Belgium, and Germany; and fought in the Battle of the Bulge. He earned a PhD from Columbia University in 2007, retroactive to 1954. He wrote SNAFU, his third book, at the age of 99. Max Horlick passed away in April 2018 at the age of 100 as his book went to press.