For Without Dreams There Can Be No Vision 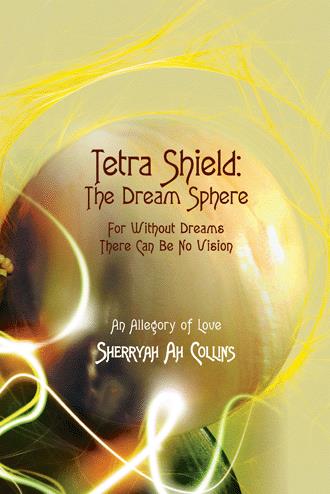 The vision would change and they could see each other, while they investigated dark valleys, and lush plains, or miles and miles of green prairies full of beautiful flowers. The vision would shift and they saw themselves exploring fast flowing rivers, and deep oceans; on all sorts of planets with many hidden mysteries yet to be explored, with atmospheres filled with spectacular colors and hues, the likes of which they had never seen before.

As Mr. White continued singing in his special Chatter language; the clubhouse suddenly came under attack. This was no dream. The children were in danger from the demonic forces that ruled their world. Anyone who worked with the Savior Son was on their hit list. And now the children were fully aware of their armor, which could only mean trouble for the forces of evil. The dark forces had been watching for many years to see if they had pushed enough darkness into the world to snuff out the light and they’d been watching the clubhouse for a while. Whenever the children were inside the light that shown from the windows was very bright. It was much brighter than any light source available on planet Alexus. No doubt about it, this was the new team that the Savior had assembled. Mr. White had his instructions. He was not sent back to fight. In this hour of need he regretted his agreement with the Great Kings, as the children’s safety was now at stake. His instincts were that of a warrior, but he held to his agreement. He lifted his eyes and in a desperate whisper he spoke, “Savior we need you, now!” The children then began to awaken from their vision, half asleep and half-awake they witnessed The Savior as he single-handedly fought a legion of demons.

With a wild rush a pack of rouge demons attacked the small structure. They thought that if they captured the children they could force them to obey them through manipulation and lies, and surely that would impress their boss, The Dark One who might promote them to rule in wicked high places, instead of the lowly ones, which they now occupied. They were tired of working through rats and insects. They wanted to occupy something of greater intelligence. Too bad they didn’t realize that they weren’t smart enough to pull that off.

They lashed wildly at the children, but Mr. White stood between them and the children. He agreed not to fight the demons, but he never promised not to protect the children. Because Mr. White was a full mature spirit being who was also undefeated as a Tetra Dream Warrior, he had special privileges using battle weapons. Quickly Mr. White reached into thin air and grabbed something that looked like a small star. Then he spoke, “I command you Tetra Shield of Fire and Light; cover us as a dome! Let no harm come to the children and do not move until I give the command!” The Tetra Shield was connected to Mr. White through his DNA, in the natural and in the spiritual. Therefore, it quickly obeyed him and took the form of a clear, almost invisible dome that covered him and the children. Mr. White reached out to touch the shiny beautiful glow of the shield. “Thanks, old friend,” he said with a smile. Just then the Savior Son came down with a roar so loud that the clubhouse shook. The demons stopped in their tracks and tried to exit back through the walls and the roof. Too late. Their malformed hideous bodies got caught in mid escape. The children now more awake witnessed a twisted limb that looked more like the branch of a tree being swished around like it was in a blender. They could see a bulbous purple head with 3 nostrils and one giant red eye blinking crazily like a broken red stoplight, as it tried in vain to get is head back through the roof, but it was stuck tight. And then there was the backside of what looked like a bear with chicken feet struggling to free its massive body though the east wall of the clubhouse. There was another multi-eyed thing that had many lime-green eyes, a gagged mouth and one tooth. It seemed to be nothing but eyes and a mass of black hair with one big tooth. It was trying to chew its way through the wood of the clubhouse, and talk at the same time. All that came out was a lot of slobber and nonsense. Micah thought that if it hadn’t been so scary this scene might be more comical, but he and the rest of the children were terrified, not knowing what to expect next. They had been caught off guard. Mr. White had warned them about the spirit of fear and now the children understood. They were not use to scenes like this. Suddenly the Savior showed up and all of the children’s angels were right behind him. Each angel poked its head through the roof of the clubhouse to check on its young charge. Seeing that the children were in the safe and capable hands of Mr. White, they pulled back awaiting a command from the one who was over them all, The Savior Son. A strong massive paw resembling that of a lion reached through the walls of the structure to remove the flaying body parts of the wayward demons that somehow got caught and were confused about how to depart from the natural realm. The children were now all looking through the windows of the clubhouse, while lighting flashed across the sky as the lion like beast pounced on and destroyed the demons within a matter of minutes. There were many other demons that did not make it into the club house. The Son made quick sport of them. Batting them like tennis-balls, he smashed them into oblivion.

Zenora, Tashana, Jaikean, Jairon, and Micah have been asked to do battle for the Kingdom of Kingdoms. The Great Spirit offers help to the young warriors along the way. The youth use an ancient book of secrets that pilots them through the trials that they face.

This valuable book was almost destroyed during a civil war, and now three great kings help the children discover truths that were hidden or lost due to the mishandling of the ancient book. As the book was pieced together and rewritten, parts of it were misunderstood. Many just ignored the teachings. The kings know they can restore hope and peace to their civilization. They just need the children to help them spread the good word and fight the good fight of faith.

Throughout their adventures, the children discover they are special warriors with unique gifts. They learn valuable life lessons of giving, loving, and caring; while realizing there is power, hope, and victory to those who believe in, trust in and follow the son of the great king.

Tetra Shield: The Dream Sphere, a work of fiction, shares the story of the Father, Son, and Holy Spirit in a unique way. It presents the messages: Don’t give up! Dare to hope again! Believe again! Live again! Dream again! And if you’re brave enough, follow the kings who will guide you through the whole adventure!

Sherryah Ah Collins is both an author and an inventor. She grew up in Colorado and now lives in Texas. Collins is a mother and grandmother.