Memoirs of a Back Up Diva 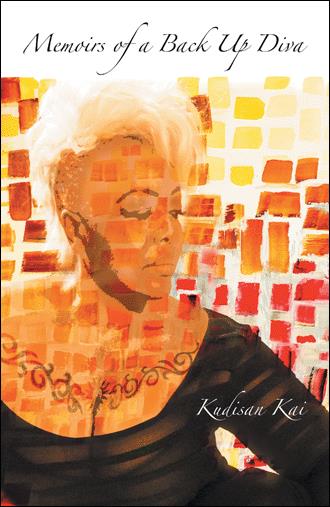 I was awakened by flashing red, yellow and blue lights. As I slowly sat up to peak over my dashboard, parked in front were four or five police cars. Dazed and confused, I look to my left and there was a police car driving past with a white search light, scanning the neighborhood as if they were looking for someone. In uncommon silence, an ambulance and fire engine appear with lights flashing but no sirens. Suddenly, a helicopter circles the area. Obviously, something has happened right in front of me while I slept. Now comes the final unveiling of truth as the police begin to section off the area in front of me with yellow tape. I am in the middle of a crime scene. This is not good. My first thoughts are, do the police know that I am here in my car and have been here the whole time? Surprisingly, no one peered inside my window, asking any questions. My second thoughts are that it's probable, I was here during the crime, so wouldn't that create suspicion? Suddenly, I got nervous, now wondering what my escape route would be. Then, a group of teenagers walked past my car and sat on the sidewalk right in front me. As they began their conversation, my instincts told me to just remain still, as not to bring any attention to my being there. But, after making a sudden move, one of the teenagers remarked, “Hey, is someone in that car?” Frozen, fearful, holding my breath with eyes bulging, I sat still as a statue as they approached my car. Then, an uber pulls up alongside of me and they all rush inside. It looked like the classic “clown-car”, as six teenagers struggled to fit into a four-seated vehicle. As their uber pulled away from the curb, quickly, I started my car, u-turning out of my parking space right behind them. No one followed me. I was safe. What started out as a normal day, doing a recording session for the iconic Temptations, ended up being way more drama than I could ever ask for. This is my life. I am a working musician and I am homeless.

Living a life that is constantly up in the air, is not for everyone. For me, there was no other way to live. In the past, “up in the air” meant touring constantly, intentionally not maintaining an apartment or house in town since my work schedule was so strenuous. However, today, “up in the air” takes on a whole new meaning, as it's been three years since my return to Los Angeles that I have been living in my car, working in the music industry, but not enough to afford a place to live. How is this going to end? Returning to my singing career, landed me back on the road with Chaka Khan and a few recording sessions, even work on a popular animated film. But, the residuals were now minuscule at best and weekly salaries have now become a “pay per show” reality, neither amounting to enough income to survive.

At the height of my successful career, people would ask me "how did you get started singing background and doing sessions and tours for a living"? To outsiders, my life looked exciting, scary, careless, yet blissfully free. They wanted to know what happens on the road and how could one travel tirelessly, months and months at a time? What goes on in the recording studio? Is it difficult? With auto-tune technology, do you really have to be a good singer anymore? If you don't know when your next recording session will be, then how do you know you'll have money for rent on the first of the month? More than anything, I was asked how in the world did I come to choose singing rock music with my classical music background? Was it because of my touring experience with Elton John? The question that circled around in "my" head was, "how do I continue to successfully do backing vocals and sessions and pursue my solo artist career"?

When contemplating this question, what came to the surface were a laundry list of soon-to-be uncovered insecurities. Even with the resume that I had as a session/tour singer, which had secured me gigs for over 15 yrs. in a row, practically a year and a half after graduating from Howard University, it became problematic when it came down to pursuing a career as a solo artist.

In 1993 I gave birth to my daughter, the love of my life. Then, the inside turmoil of becoming normal ensued as I struggled to balance life as a parent and session/tour singer, maintaining income, and not really addressing my original goal of being a recording artist.

Eventually, session work in Los Angeles was becoming more sparse as offers for tours with Beck and The Black Crowes came, but I turned them down, trying desperately to remain at home to take care of my daughter and financially stabilize, and strengthen the roots of my session career. However, it all seemed futile as the Screen Actors Guild strike in the late 90's left me broke and numb.

Surviving to tell one's story is an example of how God does not give you more than you can bear. If you survived, then you are obligated to share your story on survival, to inspire others. My life came with twists and turns that happened so fast. Imagine how productive, loving, and happy everyone would feel in a world living out their hearts desire? Pursuing what's on the other side of hopes and dreams is an ageless quest and is a significant part of being a true artist in any vocation. Many people live in fear of something. But, successful artists continue to pursue their dreams in spite of their fears. Here are the confessions of this back up diva.

Taking up where the Oscar-winning documentary 20 Feet from Stardom left off, Memoirs of a Back Up Diva chronicles the enigmatic journey of a background singer, offering narrative of behind-the-scenes experiences on the road and in the recording studios with legendary icons in the music industry.

Author Kudisan Kai tells how she got started in the career, explains what it takes to sustain and succeed, and passes along the lessons she learned during the process. She shares the ups and the downs of following her dream of becoming a professional singer.

Poignant and personal, Memoirs of a Back Up Diva delves into the psyche of an artist, detailing her extraordinary career and its overwhelming impact on her personal life. She offers her story to inspire others to take chances in their life. Her story proves everything is possible; there is no shelf life to pursuing one’s dreams.

Kudisan Kai, formerly known as Natalie Jackson, earned a bachelor’s degree in voice from Howard University, did graduate study at Eastman School of Music and New York University, and is a former professor at Berklee College of Music, Boston, Massachusetts. Kai has been involved with musician recordings including Roger Waters and Joe Cocker and films such a Just Visiting, Ali, and Rio II. She has toured with Natalie Cole, Anita Baker, Jeffrey Osbourne, Beck, Elton John, and Chaka Khan.