The Spirit of Success 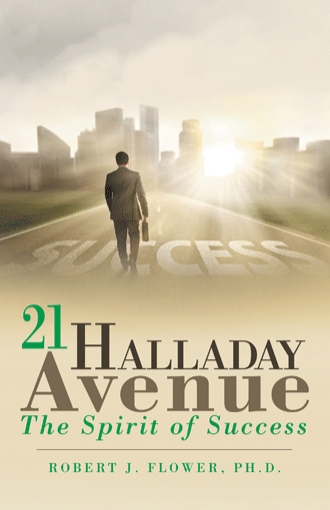 A Mission----
What became important to me in that decade was to understand who I was. Was I somebody special? Was I somebody who had a purpose? A mission?
My mission turned out to be the development of my potential! I realized early in my life that I did not know what my potential was. Not knowing turned out to be positive, because I did not put limits on myself. I simply sought to reach the next stage, whatever that was or wherever I felt directed to learn, to prove myself, or to gain new skills fast.
The process would have been much easier, had I found a mentor or guidelines to follow that would help me to achieve the experience and wisdom I value now. Looking back on that part of my life, I realize that I could have achieved so much more if I’d had a plan and better organization.
I am not dissatisfied with the way my life has emerged. Rather, I am amazed at the accom-plishments of the inexperienced youth, who was overwhelmed by death. I still wonder at the te-nacity of that young man, who defied family and respected elders to leave home.
How much more have I achieved, because I didn't set boundaries for myself, did not allow others to set boundaries for me? As I matured, this trait became critical to my success. I saw how limited and structured people tended to become as a result of comments and criticisms from others.
What motivated me was the process and model of self-discovery I was pursuing, especially through tough learning experiences. In my twenties, I examined how I felt and what triggered my anger. I observed others, like the cons, closely. My only path was forward, upward!
As I look back, it is clear to me that thinking embodied the spirit of success. As I grew older, I gained more experience and became better edu-cated; I learned that being honest with myself was paramount. Discovering my weak or negative qualities became more important than enumerating my positive qualities. Most people did not agree with that approach, and hence, I saw their unwillingness restrict them more.
I was fortunate enough to sense the spirit of success through seeking to grow and learn. I be-lieve the development of potential was my key to fostering growth and success. Had I not been willing to search for, recognize and deal with my weaknesses to the degree that I have, I would not have achieved as I could. My realizations in-cluded…
• I could be much more than I thought.
• I refused to limit my roles or myself.
• I have always been aware that people suffer from their “mindset”—and trying to defend it.
• I could see potential in a project, but also in people. The same people might not see it or have fears of pursuing new concepts.
• I also had a belief in supporting the under-dog, most likely from the experiences of thugs cheating my mom and brothers, and it has stuck with me all of my life.
Yes, I learned I had a mission. Twenty years later, I would understand that we all have missions. That kind of searching for self-discovery, observing and learning from others helped me to develop into the successful person I feel good about today. Yes, the spirit of success had its basis in development.

Damon Runyon Lives on the “Hill”-----
The “Hill” was the place where I was born and raised. It was a collection of Damon Runyon characters like no other. There were success sto-ries, scholars, athletes, dummies, failures, gam-blers, bigots, bullies, gays, etc. They had names that made you wonder. There was Moo Moo, The Nose, Teddy Bear, Weeds (my brother), Whispering Smith, Faraway, Mousie, The Barber, Fra Fra, Chief, Tomatoes, Lash, and so on. It was a middle to low class community of richly fascinating personalities.
Here is an account of my experience with one of these unique individuals. We called him “Ele-gante” (which means elegant in Italian). He was named so, because he spoke well and acted like he was “above it all.”
In the earlier stages of my career, as I was starting to really grow, I got a call from Elegante. He wanted to meet at his office and discuss “a deal of a lifetime.” That surprised me, because I didn’t know he had an office, and I didn’t think that he had much of a brain. But, hey—a prospect is a prospect. It turned out that his office was in the back of a local diner, known as the “Dog House.” I’ll say no more about that!
Anyway, Elegante sat across from me…his three hundred pounds fitting into a two hundred pound shirt. His white collar was rolled up at the ends; coffee stains and even some jelly spots hung on his shirt. I often thought that he did this on purpose—if he got hungry, all he had to do was munch on his shirt.
Elegante began to explain “the deal” to me, as he chowed down on a jelly doughnut with a fork. It was interesting to watch him scoop the jelly that fell from his fork onto the table and place it on his dish for later consumption. The manner in which he “assisted the scoop” with his fingers was truly, well…elegant.
So he laid out the deal. “I know where there are three vacant building lots for sale. We can buy them, build three houses, sell them, and make a big profit.”
I responded, “Okay, how do we pay for the lots? Who builds and sells the houses?”
“Well, you buy them, get one of your contacts to build them, and then you sell them.”
“Really? And where do you come into this?”
He replied, “Why, we go fifty-fifty on the deal. After all, it’s my idea, and I know where the lots are.”
So did everyone else in the city! I thanked him and told him I wasn’t interested in that type of arrangement. He proceeded to call me everything from a snob to a crook, and he threatened to sue me. I looked him dead in the eyes and said, “Would you settle for another jelly doughnut?
He said, “Make it two, and you have a deal.”
Now, you may thing the story ends there. But, it doesn’t! Two years later. Elegante put a contact of his in touch with me. His contact was a foreign investor who was seeking real estate to buy. It ended up with my selling him some land and later a 32 family apartment building.
Never make enemies – if you can help it! And always treat people with respect!

"21 Halladay Avenue: The Spirit of Success" is a historical, motivational and informative true-to-life chronicle of the experiences of author Robert J. Flower, Ph.D., in the real estate industry over the course of a career lasting over 55 years.

The overall theme of "21 Halladay Avenue" is that 'Spirit of Success' is a key factor to achieving ones potential. Flower illustrates how he used this idea to succeed after he left his family business as a young man to venture out on his own. To help others follow the same path, Flower teaches readers how to overcome restrictions; how to Avoid being snookered by business partners, tenants and others; and how one must reinvent themselves as times change.

This autobiography is full of entertaining and informative stories that reveal how to achieve more than you ever thought possible with a Spirit of Success. Flower shares his physical, material and emotional pains from the years, and through his story, hopes that readers learn that "Life is worth living, and to never give up."

Robert J. Flower, Ph.D., earned his doctorate in organizational systems and has been involved with real estate for more than fifty-five years. He is a realtor, certified appraiser, and investment builder; who has taught real estate economics at West Point, NYU, and other institutions. He’s also the author of several books and has earned numerous professional and civic awards. Flower currently lives in Bronxville, New York.