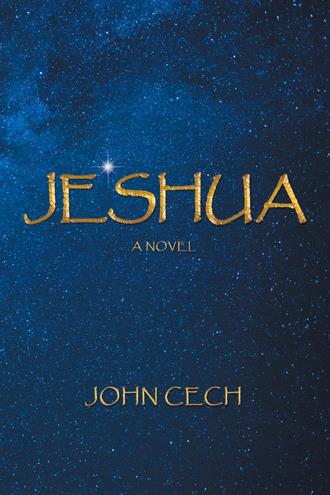 In the black night, in the third watch, I slipped from my bed, my feet swaddled in cloth to keep the stillness of the house. Like a leaf that falls lightly to the ground, I crept down the stone steps from our sleeping chambers, then past my father’s workshop, past the animals breathing deeply in their stable, and out the back gate of our courtyard.

Nazareth is a small village, and those who live within can hear and see most things. I made no sound to stir a restless dreamer, no heavy foot to jar awake a sleeping dog, no creak of leather from the sandals that I carried in my hand and did not wear upon my feet. Perhaps a whisper of my robes could have been heard, but then I might have been the wind that stirs the trees on the high ground above our village, and only that. If anyone had been awake and gazed out into the night, he might have seen a shadow, blinked, looked again, found it gone, and perhaps wondered if a cloud had passed before the moon and cast a phantom against his neighbor’s wall -- or upon his slumbering mind.

I was well beyond the village when I met them, as my father Abba Joseph had said I would, men in simple, dusty robes that had known some days of travel. When I came closer, I could see the face of one of these strangers. He put a finger to his lips to warn me to hold my words. I was twelve, nearly thirteen, and though I always spoke my mind and readily remarked on matters large and small, I knew now to remain silent.

As a lamb is herded into the fold, these men swept me up the steep path along the hills that overlook Nazareth. I stopped and glanced back over my shoulder at the valley and the village below. Even from this distance, Abba Joseph’s face shone silver in the moonlight. He raised his hand to me in farewell. He had not risen to see me off for fear of waking the others, for fear that my mother would weep again, for fear that our neighbors might be roused and ask about the voices raised so early in our house.

I held my hand aloft to him in desolate reply while the moon hurried behind thick clouds. After some moments, I was nudged forward again, into the darkness of the night. My heart was heavy with the weight of leaving the ones I loved behind, and I struggled to match my steps with those of my new companions. I murmured the Prayer of the Traveller to myself but found small comfort in its words. The night began to lift as we quickly strode across the plain, together moving toward the East -- the direction of beginnings -- though I could not guess what the new day would bring.

I am Jeshua, son of Maryam, son of Joseph, and a son of God. My journey began in the dry lands by the Western Sea And it led me to hidden places in the mountains of the East. Every life is a book, and if we do not write it down, Surely it will blow away, like dust in the wind, and The memory of all the acts that mark our lives and paths in the world will disappear. If you find this, my book, and if you read its words, May they be a map that leads you to that hidden land, To that fragrant valley where there is peace and love, To that place of refuge from the chaos of our world. And should you follow even a small part of it, My journey will not have been in vain.

John Cech is an award-winning author of numerous works of fiction, drama, poetry, and criticism. He is a Professor of English at the University of Florida.