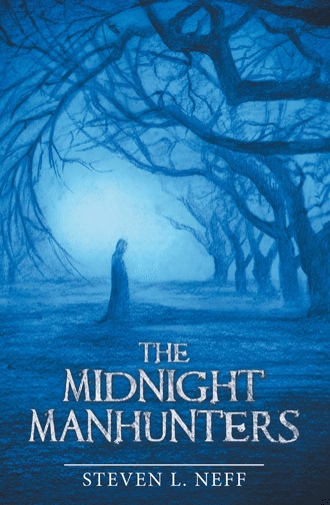 Things began according to routine that night and a weary Marie reclined on her bed feeling comfortable and relaxed. It was no sooner than she tried to prepare for sleep that her mind began to race with angry thoughts of the events from earlier that day. She tried to relax but couldn’t. Angry and vicious thoughts poured into her mind. At first they were thoughts of attacking and retaliating at her friend Mary Jane. Then disturbing and crazed thoughts came to mind and grew into a burning desire to find a man to attack and to bite and slash mercilessly. She needed a man, a victim for her transcendent and seething fury. She was far too aroused and agitated to remain to remain home. She burned with an anger that consumed her thoughts and her senses to the core of her being. She could stand it no longer. She had to escape from the uncontrollable fires of rage within her.

She bounded from her bed and decided to dress. She went directly to her car. She felt the need to escape. The car pulled out of the driveway with the deranged Marie at the wheel. She madly cruised the nearby streets while her thoughts continued to dwell on visions of angry attacks on others. She proceeded to drive maniacally through the darkness with her car’s tires screeching as she cornered and swerved. She drove ever onward with a rage far exceeding anything she had ever felt before. Faster and faster she traveled mindlessly. The insane journey continued, five, ten, fifteen, twenty miles and more. She drove to an open rural area of farms, fields and expansive countryside. Marie began to sweat profusely and pulled at her collar. She felt her body heating with a fever of frenzy that pushed her rage to new heights. She gasped and sweated. She needed to get out of the car into the cool night air. She slowed her car as she spotted a gravel path ahead just to the side of the road and turned, proceeding down the path and away from the roadside. She parked there.

As she stepped from her car she continued to feel the burning rage that kept her from sleeping. She continued to sweat heavily and was overwhelmed by terrible sensations of searing heat. She decided to walk as she pulled at her clothing. Onward into the blackness of the night she walked. She needed to feel the coolness of the night air. She gazed upward at the sky and saw stars and some clouds drifting slowly and placidly, illuminated by a crescent moon. Things felt pleasant enough to escape into the countryside and to try to erase all of the terrible anger and distress that weighed on her like a steel anvil. Marie soon found that as her walk began she lost her sense of self. Her very identity escaped her. She walked in a state of confusion. It was then that the onset of a dramatic and dreadful change overtook her. It was a bestial metamorphosis. As she walked she began to change as if by some diabolical form of magic. Shockingly horrid and uncontrollable bodily processes were transforming her. She shook, contorted and convulsed in sheer torment. Embers that had burned within her soul for millions of years consumed the last vestiges of her tortured human form. She was completely overcome as the metamorphosis neared completion. Then there was a phase like a cloud forming around her that entirely encircled and engulfed her. What emerged from that diabolical mist was by no means human any longer. It was a form of horrifying cat creature unlike any known to science. It was the darkest black in color and like the leopard, panther, cougar and others similar, it began to prowl the night searching for a victim to satisfy its compulsion to stalk, attack and kill. She was a man hunter with a hungry preference for men. She moved along the fields under the brilliance of the stars, skulking and stalking, pouncing between shadows silently and powerfully.

This predator that Marie had become, merged with the darkness of the night reacting to the sights, smells and sounds around her. The experience was like sleep walking to Marie’s human side. The transformation brought about a somnambulistic state. She was a sleepwalker inside of the body of an unimaginable being. She was the cat that stalked the night in harmony with the darkness. The cat and the night merged together as if they were one. She moved with an easy grace and determined purpose. She would find her victim. It was inevitable.

Marie is a middle-aged woman who just lost her husband. Her grief and loneliness unlock a dormant genetic tendency to manifest as a menacing feline creature—an inherited trait. While on an antique shopping expedition, Marie purchases an ancient statue of the Egyptian Cat of Bast, despite a vague warning from the shop owner, and Marie’s life changes forever.

The statue awakens an inner power that triggers her feline heritage, and Marie experiences full and partial transformations that compel her to attack and injure as well as kill. Her human persona also begins to change as she becomes strong and willful, shedding her former timid personality. However, Marie is not the only powerful paranormal creature in town.

Lysandra is a centuries-old vampire living an upper class life of leisure when she becomes aware of the strange cat that stalks the night. Marie and Lysandra meet at a Halloween party. They pursue the same victim: a young man they both desire in order to satisfy their lust for flesh and blood. It is a deadly clash between a once simple woman, now monster, and a beautiful immortal, fated to meet as they indulge in a ghastly manhunt.

Steven L. Neff is a psychotherapist and long time private practitioner, now retired. He is the author of Walking the Pathway to Forgiveness.

He is a graduate of Thomas More College(KY) where he obtained a BA in English literature. He also obtained a Master’s degree and Post Graduate Certificate from Xavier University (Ohio) in Clinical Counseling.

He has been a devotee of the horror genre since childhood.

He lives in southwestern Ohio with his wife and their dogs.