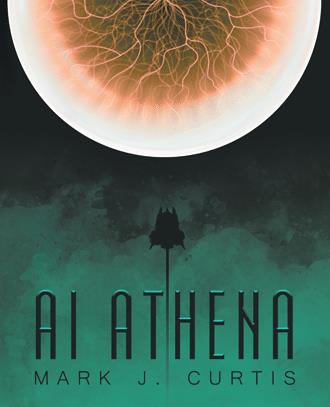 After a couple of days working on the drive, the Ai and I got it back online but couldn’t find out why we jumped to where we were, it didn’t matter anyway, the drive would be useless until we could see the stars to tell us where we were. So, I was just sitting there staring at the monitor with the view on forward, I notice a red bracket off to the side of the center of the screen flashing. I enlarge the area and saw eight dots. Using the scanner, I got a rough estimate of about five-billion kilometers, none of the scanners would lock on to it, I guess I was too far away. The scanners were locking on to something, but I couldn’t tell what, there was something else close to the dots.

After twenty days of braking, I was able to tell that the dots were moons, I couldn’t tell how big they were, the range finder couldn’t get a lock on them, they were some distance away, but I couldn’t tell how far. They were all in a cluster but look like they were equally spaced from each other and not moving. They looked solid and somewhat smooth, but with the pinkish light I couldn’t tell what color they were. The scanners still would not lock on or get any readings from them.

I turn my attention to the other objects, that the scanner did lock on. I enlarged the image and I couldn’t believe my eyes, I turn all my scanners toward them. I was getting a lot of unknown elements. At first, I thought that one of the moons broke up, but now. I stared at the screen for a few minutes, here it is, it could no longer be denied. Oh my, they were ships, a lot of ships.

“There are some really big ships. In fact, they are all bigger than we are, some are over several thousand meters long.”

All were of various kinds and some were weird looking ones. I adjusted my course and started to head toward them, just as I did that, four ships turn toward me. They were traveling a lot faster than we were and were able to slow down a lot faster too, a whole lot faster. It took them an hour to get into range, where it would have taken me a couple of days or more.

As we approach each other the Ai started to communicate with one of the ships and in less than 5 minutes the alien ship knew my language. The alien ship informs the Ai, who relays it to me.

“That we are in a planetary nebula about two-hundred fifty Astronomical Unit, over four times the size of the earth’s solar system. That the outer barrier was made up of a more concentrated field of radiation, that destroys all non-metallic organic living matter and that all life forms were destroyed coming through it, and it disrupted all energy fields, and that I was the only life form inside the nebula. They also asked if I had special shielding that they couldn’t detect, if I knew what kind of radiation this was, and how was I able to protect myself from it.”

I then explained “I have a drive that folds space, that I didn’t go through the barrier and thankfully I entered in a less radioactive area of the field, close to the edge of it.”

It took a few second, but it replied, “fold space?”, I explained further, it replied “unknown technology”. The ship explained to the Ai that there are over two thousand ships here, some are operating and some not. Some of the ships were advanced enough to gather all the ships in a specified area, to figure out a way out of the Nebula. Some have been here for thousands of years. Beside the ships and the moons there was nothing else in the Nebula.

After a couple days working on the drive, the AI and I got it back online but couldn’t find out why we had jumped to where we were. It didn’t matter anyway; the drive would be useless until we could see the stars. I was just sitting there staring at the monitor when I noticed a red bracket at the center of the screen flashing. The scanners were locking onto something, but I couldn’t tell what…

An artificial intelligence named Athena is placed into an experimental ship with a middle-aged scientist at the helm. The captain has developed a special jump engine with the ability to fold space. After a few travel attempts, the captain and Athena end up inside a nebula in another part of the galaxy and discover the outer barrier of the nebula is deadly and disrupts energy patterns.

They aren’t alone inside this dangerous nebula, however. Thousands of ships from other civilizations are similarly trapped. With the help of Athena, the captain makes contact and fear gives way to curiosity and camaraderie. Athena soon grows so advanced, it’s hard to tell if she is real or artificial. She and the captain must now devise a way to escape the nebula, and through this journey, Athena finds life and the captain finds immortality.

Mark J. Curtis was raised in the Midwest, the oldest son of a truck driver. After graduating from high school, Curtis joined the Air Force and served twenty years as a jet engine mechanic. Post-Air Force, he worked twelve years on heavy equipment and eventually became disabled. He retired, went back to school, and now writes.