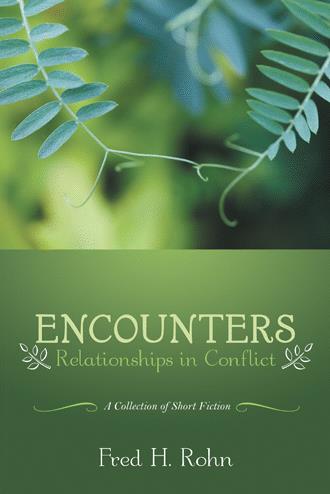 J.H. Kendrix, senior partner in the law firm of Kendrix and Kendrix, eased back in his reclining desk chair and looked at his office clock—4:30 p.m. Sighing, he picked up the typed carbon copy brief on his desk, and thumbed through its three legal-sized pages. No other papers were on the desk, giving it the look of efficiency so cherished by some executives.

At 77, J.H. was a healthy man. His doctor had told him so not two weeks before, thus reconfirming his own appraisal of his physical well-being. Until two years before, when his younger brother, co-founder of the law firm, had suddenly died, J.H. had seldom consulted a physician. Since then he’d had frequent examinations with consistently excellent reports. “You’re in fine shape for a man your age,” his doctor had intoned.

One thing, not at all physical, did bother him, though, and recently he had been giving considerable thought to it. For forty years, he and his brother had known and approved the handling of every case and legal matter in the office. Of late, J.H. had noted that often he was not consulted, or even informed, of many of the happenings within the office. Of course, the size of the practice had grown over the years—he now had three full partners and seven other attorneys working on the staff. But he had been inwardly hurt upon three recent occasions when he had learned of legal matters his firm was handling, by reading about them in the local newspaper. After all, he was the senior member of the firm, and although he no longer controlled through his own personal contacts the majority of the firm’s business, his judgment and advice still should be sought. It was his partners’ privilege to consult him and his right to expect such consultation. He was at his desk almost every day, available to discuss any matter with his associates.

As he thumbed idly through the brief, he recalled a conversation he’d had with Barney Barnaby, one of his partners, at lunch two days before. He had swallowed his pride and asked why Barney had not consulted him on that Jackson matter that had been in the newspaper. Barney had appeared surprised.

“Why J.H.,” he had exclaimed, “the matter was routine. I didn’t want to bother you about it.” The matter had not been routine.

Kendrix had said no more and neither had Barney. But this morning, Barney had stopped in and asked him to read this brief. This was a routine matter. Could Barney have sensed his feelings, he wondered, and was Barney attempting to humor him by asking his opinion on the brief—attempting to assuage the feelings of an old man by means of condescension? Well, he’d bring the matter to a head. He’d show them all he was still the senior partner, that he was still boss, and that they needed the benefit of his advice. Jerking his chair to a straight position, he picked up the telephone. “Ask Mr. Barnaby to come in,” he told the operator... 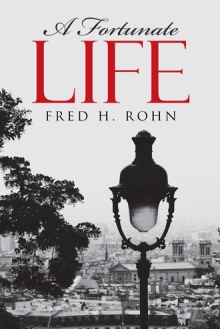 Social mores change from year to year, but one thing remains constant: conflict between people results from differing perceptions, often between men and women and between different generations. In each story, characters confront a variety of personal and professional problems and must either compromise or adjust to new circumstances. In “The Painting,” a young married woman’s deceit catches up to her. “Doc Brunner” tells the story of a pastor facing a series of interrelated problems during World War II. In “Harry,” music from long ago evokes powerful memories.

Representing a wide range of age groups and set in many different time periods, these stories show that, while times change and circumstances differ, conflict and resolution in human relationships is an ageless cycle.

Fred H. Rohn is the author of two business accounting books and a memoir, A Fortunate Life. He has been married for seventy years and has four children and nine grandchildren. The short stories in Encounters represent years of accumulated notes for story ideas. He lives with his wife, June, in New Jersey.