The Beginning of Adventure 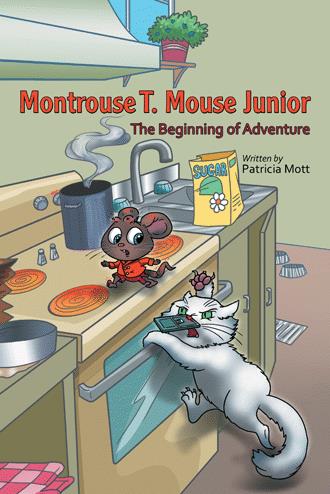 There was one nickname that Mortimer did not like. He would one day prove that his middle nickname was not a good name for him. Dad sometimes called him TROUBLE instead of Theodore, because of the things that he would get into. That was mainly because he was so curious. For instance, a few weeks ago, he fell and broke his mom’s favorite vase. He was trying to see if he could stand on his heels and balance himself. When he tried to balance on his heels, he leaned to far forward, lost his balance, and his toes stepped on his ears. He went tumbling head over heels, bumped the table, knocked the vase off and broke it into pieces.

Then, how about the time that he tied a piece of string between the front door and his chair at the dinner table? He was trying to see if he could balance and tight rope walk on the string. The chair fell over and pulled the table cloth and his dinner onto the floor and, of course, all over Mortimer. He had strings of spaghetti hanging from his ears and head like long white and red hair. The sauce from the spaghetti went everywhere. It got into Junior’s eyes, and on the floor, and all over the table cloth, which was ruined.

That is why his parents said that the “T” in his name was for Trouble, but Theodore, was his real middle name and he liked it. It also made him feel important when they called him Junior. But usually, they called him Mortimer, and that suited him just fine.

Montrouse Theodore “Trouble” Mouse Junior lives in a tiny, little secret home in the wall of Julianna and Katelyn’s house. He’s a curious little guy, and that trait often takes him on surprising adventures to dangerous, unknown places. He frequently finds himself facing scary, life-threatening situations for a mouse.

Montrouse ventures out of his house in search of food. Outside of his safe haven, he encounters a number of different situations and experiences with things such as a door, a cat, a mousetrap, air conditioning vent, toilet, and much more. A smart and courageous mouse, Montrouse realizes that although he knows a lot, there is more he can learn.

Despite all of his adventures, he never gives up on himself or on ways to help himself get out of sticky situations.

Patricia Mott has been an educator for most of her life and has taught kindergarten through high school grades and some college courses. She has traveled and has spent time in Europe. Mott has two grown children and two grandchildren. She enjoys writing, reading, painting, playing the piano, and doing arts and crafts.