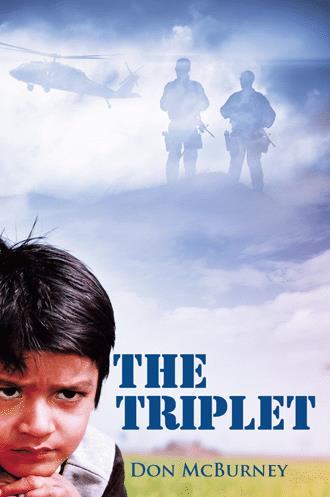 Two official currencies were in circulation in Iraq until recently. What was called the Swiss dinar was used in Kurdish lands north of the no-fly zone, primarily, while the Saddam dinar was used in the rest of the country. Having two currencies hindered the unification of Iraq, as you might imagine. Further compounding the problem, the Swiss dinar only came in three denominations while the Saddam dinar came in even fewer, two. The latter was heavily devalued; the Swiss dinar was less affected although it was nowhere near being on par with our dollar. The Saddam denominations were a 10,000-dinar note that was worth roughly $5 and a 250-dinar note that was worth about 12 pennies. That, of course, was not a workable situation—shoppers were forced to carry loads of it in order to do daily business while shopkeepers had to struggle even to make change in a simple transaction. Also, this currency was printed on cheap paper and was easily, widely counterfeited.

"New currency was required for the reasons I've cited but also because the Saddam dinar, as the name implies, had pictures of Saddam on it. That was inappropriate in Iraq's new political climate and had to be eliminated.

"A contract was arranged with the De La Rue Corporation in Great Britain. This company has an excellent reputation and is accomplished in anti-counterfeiting techniques. Contracted cost to produce the new Iraqi dinar was about six cents per note, which allowed for very high quality paper. Eight different denominations, each of different color and physical size also help guard against counterfeiting. This new dinar has metallic threads and metallic strips. It has a watermark that allows viewing of a white Arabian stallion when held up to an ultraviolet light. Sophisticated inks are utilized but perhaps the most important characteristic has to do with the type of printing on an expensive, almost-impossible-to-duplicate paper.

"A second type of printing is intaglio. It is more akin to metal stamping than lithographic printing. With it, a metal plate is stamped into the paper with brute force. It produces what you might think of as something similar to a photographic negative; the next step in the process produces the positive image that is a raised, or embossed, image. In other words, the print is slightly three dimensional and can be felt when a person runs his fingers over the paper. This is the process utilized on Iraq's new currency.

"This new issue replaced both types of the old dinar and was well received throughout the country. Old Saddam dinar were exchanged at a one-to-one ratio while more valuable Swiss dinar were exchanged at a 150-to-one ratio, after verification that old banknotes were legitimate (not counterfeit). The Coalition Provisional Authority (CPA) received the first shipment of currency on 18 September and began exchange and distribution of old banknotes for new throughout Iraq on 15 October 2003. Said action was well publicized in advance such that, even though it only continued three months through 15 January 2004 it was completed in that brief span of time.

"It's hard to imagine the volume of work that was accomplished in this currency exchange of new for old. Holding one small piece of paper doesn't seem like much but we distributed 2,400 tons of these new, little pieces of paper throughout Iraq, which encompasses an area slightly larger than California. While it doesn't concern us here I think it's worth noting that we also destroyed the old currency, of which we collected 13,000 tons or over five times the tonnage of new currency we distributed! It took 47 incinerators to destroy the old currency and it was a dirty job: the incinerators had to be cleaned every third day. That was about five trillion individual currency notes. Total cost incurred to update and replace Iraqi dinar was about $200 million, the largest portions of which were for design, printing and transportation. These monies came out of DFI accounts."

"Our escorts were heavily armed. I did not have the pleasure of meeting or getting to know Lieutenant Amadi during this exchange operation but I understand he was one of our escorts. He is a fine example of the quality of our escorts and armed guards. More importantly, however, the public watched us dip the old notes in red dye to about one-third their length immediately after verification such that it was widely known they were indelibly marked and could not be used again.

"The Central Bank of Iraq (CBI) was established about two months after this currency exchange was completed or on 6 March 2004. Old banknotes should no longer exist but, in the event some remain extant, they are no longer tradable or recognized as legal tender. Of the new currency, only the largest (or 25,000 dinar) notes were put into circulation because of extreme inflation and consequent de-valuation as I hinted at previously. Much of the other banknotes of lower denominations is held in-country in secure storage but what is less well known is that not all of it is in-country. We, right here, are guarding the largest percentage of the other banknotes of lower denominations that are in storage outside Iraq. We will move them from here to Baghdad and the CBI will put them in circulation in-country at such time as revaluation is announced.

"Announcement of revaluation is, in fact, the next step in the over-all process. It, theoretically, could happen in the very near future.

The Triplet is a story of how God elevates a humble orphan and makes of him a child of God, adopting him into God's royal family. Gil Webster, a young boy left orphaned during the Middle East conflict before being adopted and raised as an American citizen in Iowa, grows up and heeds the call to military service following 9/11. Once stationed at a large NATO base in Turkey as a translator and intelligence officer, Gil joins an undercover operation tasked with discovering and interdicting a drug supply chain, but he also becomes intricately involved with the revaluation of Iraq's new currency, the dinar. Yet he meets two fellow soldiers and friends along the way, Kamal and Tuo, who work with Gil on their mission and on their faith, despite their differences.

Some seek greatness only to have it elude them because of their very ambition. Others, who are more humble, do not seek greatness only to find they have achieved it, especially in God's eyes. Against the unlikely background of conflict, terrorism, and political intrigue, three soldiers will come together in faith, as God once again uses an unlikely person to actively witness for Jesus Christ.

Don McBurney was a US Air Force pilot, flying an EC-121 in radar recon and combat air patrol over Vietnam; he also patrolled Korea’s DMZ, and his unit traded salutes with Russian Bears as they flew the northerly extension of America’s DEW Line. After his military service, Don graduated from Oral Roberts University with a master’s degree in theology, and today Don is a retired real estate appraiser. He and his wife of forty-nine years are active in their local church and are proud parents of five grown children and (so far) nine grandchildren.