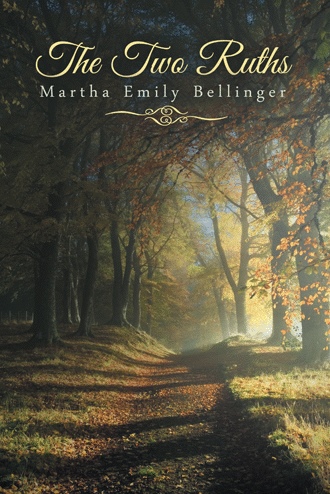 “After cradling one another for several minutes, enjoying the softness of their bodies together, Ruth smiled at Ruthie and said, ‘I had a feeling this might be wonderful, but only because it was you who was loving me. I never had sex with a man because there was no emotional connection when we kissed or petted a bit. You were the one I was waiting for – physically strong yet tender, unafraid to let yourself be completely vulnerable to me. How could this love for one another be wrong?” Ruth said.

“I have been giving our physical relationship a lot of thought since we first held each other the night Mother died, and again the next night before Aunt Mable arrived. I know most of the world sees physical love between two women as unnatural and wrong. You don’t even hear anyone ever talking about it as a possibility. However, I firmly believe God created this love just for us. I thought about growing up on this farm and observing all the life about me, and concluded there are beautiful exceptions in nature to what is often considered normal.”

Ruthie continued: “When I was very young and was told about four-leaf clovers, I would sometimes spend hours in the summer looking over patches of clover for just one. Usually, if I was persistent enough, I would find one among the hundreds of three-leaf clovers. They were so rare, yet brought such hope and beauty. There they were, sprinkled sparingly about the large field, four leaves, perfectly balanced. For many, such as the Irish, they represent good fortune. God surely intended to make a few four-leaf clovers, just as He intended to make three leaf clovers. We may be rare Ruth, but we are not unnatural,” Ruthie concluded.”

“What a beautiful thought, sweetheart. Too bad we cannot share your reflections with the whole world.” With that comment, Ruth gave Ruthie one last lingering kiss and then turned on to her left side to drift off to sleep. Ruthie in turn moved on to her left side, slipping her right arm around Ruth with the knowledge that this would be the way they would sleep for the rest of their lives.

In 1950, after her father passes away, Ruthie Stein knows she will continue to take care of their family’s dairy farm, as she has always done, while also looking after her mother. But when her mother falls and breaks her hip less than two years later, Ruthie soon finds she cannot get by on her own.

Her neighbors, the Packers, recommend that their cousin Ruth, who is single and unemployed, come and assist Ruthie with her mother in exchange for room, board, and a small amount of money. The two women soon become close friends—and then discover that their relationship goes even deeper than friendship, into an unexpected romantic love. Although they must be very careful while together in public, the two women blend their lives together over the course of the next decade and manage to find true happiness in one another. But when Ruthie suffers a bad fall, they must reevaluate how they’ll proceed in their future.

In this novel, set in rural Upstate New York in the 1950s and 1960s, two women meet, fall in love, and build a life together, in spite of the secrecy that society of the time requires.

Martha Emily Bellinger, a retired California Superior Court judge, was raised on an Upstate New York dairy farm during the 1950s and 1960s. She was ordained in the United Methodist Church in 1974. Discovering her true sexual orientation as a lesbian and understanding her church’s prejudice against LGBT people, she remained in the closet but left the ministry after three years to pursue a legal education. She is also the author of From Robe to Robe.