A Child of God 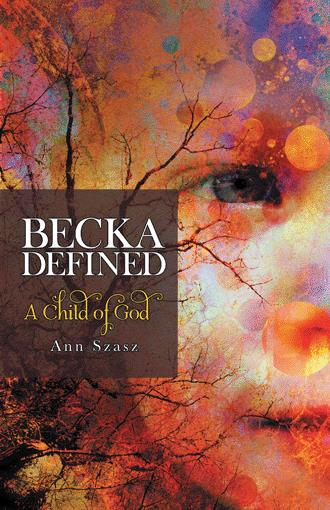 Willa was the only thing on my mind when I woke up. Reviewing all possible treatments, medications, IV fluids in my mind I wondered, did we do everything? A litany of what we needed to check and tests to be done scrolled through my mind. Maybe I shouldn’t wait to contact Dr. Cliff, Willa’s attending doctor. I called and left a message for Dr. Cliff asking him to call me when he had an opportunity. Meantime, Sophie filled me in over the telephone on all the children on my case load, especially Willa. The girl was not speaking to anyone, not even her mother, although she was awake. She would not eat. She took her medicine and her shots without resistance. Dr. Cliff was a competent and compassionate pediatrician. He could be trusted. It was difficult to let go, but I was not scheduled to return for another 36 hours. There was nothing to do but wait.

Memories enveloped me again; it was 1939, Belmont, North Carolina. I was twelve years old that summer, and the only girl of four children. I saw Papa’s beautiful face as he preached behind the pulpit. He was so wonderful. He sang and praised the Lord with abandon. His joy was contagious.

Why did Papa love the Lord so much? He had suffered all his life with pain, with loss, with rejection. I tried hard to remember what he said when he preached. I could clearly picture him in my mind - a picture of happiness and contentment but I could not remember what he had to say about God.

Then a chill ran through me, worse than any Ohio winter. God! I felt bitter resentment. Anger at God! “Why am I so angry with God and my father not angry with God?” I wondered.

Later when my brother Aaron died at the beginning of WWII, and Benji died when he was 22, that should have been the last straw. God had punished us enough. Papa’s faith was strong, instead of anger he praised God for his two remaining children, me and Matt and his daughter-in-law, and his grandchildren.

I know why 1939 kept returning to my mind but I felt sick, cold and scared, and I tried to put it out of my mind

Becka Defined: A Child of God reveals how a physician, Dr. Becka Aldridge, undergoes a journey that unveils the deeply buried truths and uncomfortable realities that have shaped her life. When a young victim of assault receives her care, Becka’s memories—long locked away—emerge in unexpected and painful ways. Gradually, she comes to see that she must acknowledge the hurts in her history if she is to enjoy healing in her future.

Becka believes God has turned His back on her, and she turns away from Him in response. But, as the novel’s story unfolds, she discovers that her posture toward God does not embody the final word in their relationship.

Ann Szasz, the author of Becka Defined, has drawn upon the reservoirs of experience she has filled during her career as a registered nurse working in various fields to create the realistic and grounded world of the novel’s titular character. At the same time, she draws upon the wealth of traditions in the Christian faith to anchor Becka’s experiences.

Ann Szasz, retired from her career as a registered nurse, has fulfilled one of her lifelong dreams by writing Becka Defined, her first novel. She was born in Charlotte, North Carolina, grew up in Ohio, and lives in Middlefield, Ohio, with Frank, her husband of twenty-eight years. They share their home with a granddog, Hampton, and a cat, Razz.