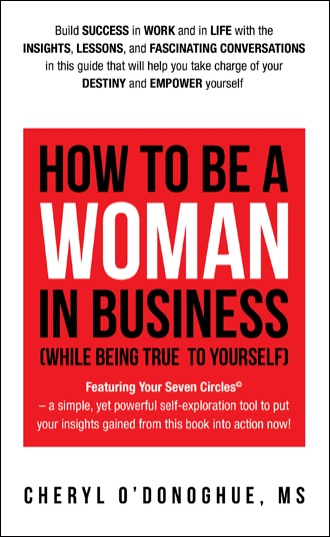 You should know something about me. I’m a pretty darn positive person. Have been all my life.

But my core as a woman, particularly a woman engaged in the business world since I was fifteen years old, has been shaken. The momma bear has been awakened.

For various reasons, the cumulative effect of world affairs started the tremor, but the quake really erupted for me on December 7, 2016.

Huh? (Actually, I said something a bit more colorful.)

Yes. That’s right, twenty-seven out of the estimated 400,400 CEOs in the US are pledging gender equality in fourteen years.

And it gets sadder yet. Even those following the story reported that while this “pledge” for gender equality focuses on promoting more women to the top ranks of some of the world’s biggest companies, it fails to mention one pressing issue—the gender pay gap. Sigh. Apparently, the old story is still the same story; women in the US earn only seventy-nine cents for each dollar earned by men.

Months after this news was reported (I’m sure it rattled a few folks), another report was released suggesting that, though outnumbered, three of the ten highest-paid CEOs of the biggest companies on earth are women. I am happy that the gap in pay is no longer an issue for these women, and I’m sure they have worked incredibly hard to get paid fairly for their work. But what about all the other 74,600,000+ women,1 of all races, ethnicities, and sexual orientation who make up the US civilian labor force? They continue to work hard to earn only seventy-nine cents for each dollar earned by men. And while others will argue that conditions for women have improved, the pay is simply not good enough. This is not good enough anymore for me. And it’s not good enough anymore for my daughter and other young women starting off in business today.

So, I’m writing this book.

We have to chart our own course here, ladies. We cannot wait for others to figure it out for us any longer. We can’t wait to be empowered by others.

Believe me, having a satisfying career is about more than making money, but making the same as a man for the same work needs to be a given—not something to which we aspire.

And men are not the only “bad guys” here. Though they do have considerable control. There are plenty of women who are playing significant roles in gender pay inequality too.

But it really doesn’t matter anymore, because I believe we need to tackle this issue differently. The blame game stops here. We need to tap into the wisdom of women who have paved the way for progress. And we need to consider a new road map for how we get where we want to go in business.2

Now is the time to be true to ourselves and to be the humans we were meant to be … and, in the process, achieve our own version of success in business and in life.

In the words of Helen Keller, “Life is either a daring adventure or nothing.”

Now there’s a woman who couldn’t physically see but certainly had extraordinary vision and an acute sense of knowing.

Which brings us to chapter 1 and those that follow in the first section of the book. In each chapter, I will share with you some of my biggest lessons learned as a woman in business. In the process, I’ll also share with you the wisdom of several business sisters from across the US to bring you even greater insights.

In chapters 8 and 9 in the second section of the book, you’ll be asked to expand your thinking on what it means to be empowered. You’ll also have an opportunity to work through an exercise I designed called Your Seven Circles©. This thought-provoking tool will help you uncover what makes you uniquely you and connect to your inner truth. A truth that when understood and expressed will enable you to soar easily and joyfully!

1 US Bureau of Labor.

2 I am grateful to President Donald Trump who, during his 2016 campaign, told millions that he, alone, is going to fix America for all of us. We want a savior so badly. We always have. The reality, at least for me, is that no one person is going to make me feel better about my career (and life) except me. So, thank you, President Trump, for your bold assertions, which served as a great and wondrous slap upside my head. I now understand more acutely than ever before that if women want a better work world, they cannot look outside themselves for the answers … and it’s certainly not something one president or one person is going to fix. As my late mother-in-law, Marie, would say, “That’s just silly!”

Yep. It’s an inside job, dear readers. And it’s your job.

“I intended to skim this book to get the gist of it, but was immediately sucked in. Love it!”

“I love Cheryl’s engaging writing style and how she captured important advice and guidance from impressive and authentic women – including herself!”

How to Be a Woman in Business is a provocative, quick read for all women—whether you’ve just started a career in business, or already logged a few miles and are ready to get re-inspired.

Author Cheryl O’Donoghue, a successful businesswoman and certified business and life coach, interviews seven fascinating women and shares practical insights—lessons learned and real-life stories that will encourage you to become the self-empowered businesswoman you were meant to be.

Learn how to — recognize and apply success strategies from relatable women; determine your financial value at work and ask for promotions and salary bumps with confidence; create more productive business relationships; overcome obstacles in the workplace; and develop a heightened sense of self-awareness.

The author also shares a powerful self-exploration exercise she calls Your Seven Circles©, which helps you look within to better understand your strengths, values, and desires, and then shows you how to take inspired action to create a career that aligns with who you really are and what’s most important to you in life.

Be true to yourself. This book shows you how!

Cheryl O’Donoghue, M.S., is a businesswoman, author, and educator with a master of science degree in adult business education and several certifications as a business, executive, and life coach. She started a career in broadcasting in the mid-1980s as a radio personality and then transitioned to business marketing and communications. She has held leadership positions in banking, corporate training, and health care. She has written and ghostwritten many articles, case studies, research reports, and books and is available as a ghostwriter to business executives. She can be contacted via LinkedIn.