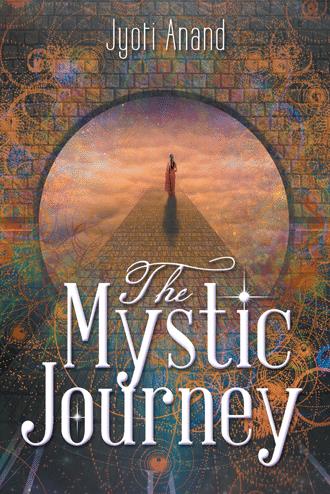 Seeing with my Mind

I see ghosts everywhere. I feel I connect with them so deeply that I become a ghost too. A ghost who can see all the spirits and ghosts. I walk to the loo and see my mother. She reaches out and tries to touch me and I stand still. At first I am scared, but after a while I let her touch me. I have not felt her touch in thirty years, so it feels beautiful. She speaks and her voice is calm. I love her voice, I love the memory that her voice brings, it’s so serene.
Let it ring dear, just let it ring, like Christmas carols, the sweet voice, the innocent voice of my mother ringing a bell in my ear, oh, how wonderful it is to hear the bells ring after thirty years, let it be, just let it stay so that I can sway to the music and become her child again.

Then the ringing gets louder. Is someone at the door? Is Vicky doing his ten-second pooja* at the Mandir? I can’t go now.
There’s this Pooja that my Mom has organized, I think. She asks me to make the sheera* for offering as prasad*. I make it and take it to her new house. It’s turned out a nice and bright orange colour. I go into the kitchen. She’s also making sheera, but in a very huge kadai*. The sheera is a total black colour and it’s a huge quantity. She tells me that no matter what she’s been adding, it still looks black and then we both start to make it better.

I hear Dino snuffling around in the dark, he seems restless. Vicky must be sleeping soundly next to me, he always sleeps well after a hard day’s work, except when his shoulder troubles him in the winters. I can’t open my eyes, I’m too busy with my mother. I turn my attention back to her. But she’s not there. I’m myself not there in the kitchen.

I’m on a street, waiting with Aman next to me. The street is wet, it’s been raining. Aman’s holding an umbrella up, to protect us from a very light drizzle. Why doesn’t he let me get wet, the cool drops of water are so soothing…we are waiting for our car to pick us up and take us to the theatre…and then I see this big, classy Mercedes Benz approaching us, I admire its gleaming white lines, reflecting the light from the dull day in clean, smooth lines off its wet flanks. I sigh happily at the beauty of it, and then it suddenly stops in front of us. The window rolls down, and my Mum peeps out and tells me to hop in. I am pleasantly surprised. When we sit inside, she tells me that this car is for me. Wow, I am thrilled, the latest model Benz for me. How did this dream end? I can’t recollect. Ah, yes, it didn’t really end, it got interrupted rather abruptly, I must say.

It was Vicky’s voice. But why was it so loud? Why was he sounding so edgy?
He was actually screaming…what’s wrong? What’s happened? He was screaming and shaking me by the shoulders…he is normally not so urgent or violent. But I lie there like a log. I’m running real fast because I want to get back into my body, my silver cord is guiding me. But not fast enough.

‘I am late, ‘ I tell myself, ‘I should not have gone so far away, now I am tired, and I have so much ground to cover…I must keep running, I have to move and move very fast. Ok, here I am, ready to get back into my body, yes, I have made it’; and finally my body responds to Vicky’s calls and I jump out of bed. Oh, that was close, and I wake up with my whole body tired, like I have run miles and miles.

I looked at Vicky in a daze, as he told me how I’d overslept even more than normally, and that he was worried and upset. I was still troubled by what I had seen when I was away, and I did not pay much attention to him. I just smiled vaguely at him, told him I was fine. I asked him if Payal and Aman had left for work, and he said yes. I told him to go too, and that I’d have the tea in bed and get my bearings. He looked doubtful but it was obvious he was very impatient to go, so I smiled reassuringly at him, patted his forearms, and told him to scoot. ‘I’m a big girl now, Vicky, not 14 anymore!’, I grinned a bit wickedly. He looked at me askance, not sure if I was being serious or sarcastic. I was both. But I just pushed him off the bed, and he left, reassured. I heard him tell Chandra outside to keep an eye on me. Then he walked downstairs to go to the garage. Sachin had the car all ready for him, I was sure.

But I gulped down a scalding hot gulp of tea and looked miserable, I was sure. And then it happened. My bed stand phone rang, and I ignored it. Then it jangled again, the intercom line was on, and I picked it up. Chandra was on the intercom, and she said it was my friend Shalini on the line. Shalini told me there was some sad news, to prepare me. But I was already prepared mentally. She said our common friend Grishma’s mother had passed away suddenly early in the morning.

Fifty-year-old Mira is a middle-class woman who has been thrown willy-nilly into a wide world of claustrophobic, inconceivable privilege in Mumbai, India. By day, she is a devoted companion to Vikram, her sweet and loving husband, and best friend to Megha, her soul sister. But when darkness falls and Mira sleeps, her astral travels lead her deep into a different realm where she realizes bliss, fears, and premonitions not found in the earthly world.

Mira’s house servant, Chandra, is a beautiful, underprivileged tribal girl from a distant village in Tamil Nadu who is unfortunately bound by blind customs and an oppressive society. As Mira’s dreams, musings, and astral travels shape her evolution as a very special and unique person, these episodes not only bring her wisdom and solace, but also help her to transform Chandra’s life and the lives of many others. But will Mira’s out-of-body experiences strengthen her to triumphantly emerge from her roller-coaster life or lead her somewhere she never imagined?

The Mystic Journey shares a tale of joy, doubt, fear, and the unbearable lightness of being as an Indian woman seeks liberation through her astral travels.

Jyoti Anand has been grappling with her astral travel for some time. She blogs about her many out-of-body experiences at themysticjourneyofjoey.blogspot.com. Jyoti has an adult daughter and lives with her husband and young son in Mumbai, India, where she is hard at work on her second book.