A detailed scenario for a nonprofit Cannabis Market 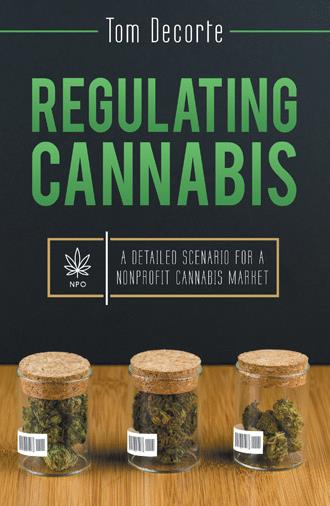 There is a large spectrum of legal and political models available to regulate the production, the supply and the use of cannabis (or other narcotics). At the one end of the spectrum is situated the criminal market, which is created because of a complete ban. Next, there are less punitive ban systems: models with a partial/de facto/nearly legal supply, legally regulated market models with different restriction levels. At the other end of the spectrum are located the legal and commercial free markets.

Both extremes of the spectrum are completely non-regulated markets. The scenario I will present in the next chapter is based on the assumption that the two extreme options are connected with unacceptably high social and health care costs, because those who want to control the market (whether it is legal or illegal) are almost exclusively driven by profit maximization. The options in the middle offer the possibility to strictly regulate various aspects of the market, so that the potential adverse consequences of cannabis use and of the cannabis market can be kept to a minimum and the potential advantages can be maximized.

We should deliberately opt for a restrictive model, with a far-reaching form of government control and strict regulation. This kind of model is adaptable: when serious and careful evaluations are positive, it can be adapted in a later phase to a less restrictive and interventionistic model (if new social norms and social control mechanisms will be developed around the legal cannabis market). From a pragmatic and a policy perspective, this is a better scenario than the opposite scenario in which one has to retroactively introduce more restrictive controls because the market was not regulated enough. Our experience with the retroactive regulation of the tobacco and alcohol markets also taught us a lot, for that matter.

Additionally, the adaptable character of the model also works for the opposite direction. If independent and scientific evaluations show that certain regulations and provisions have to be formulated more rigidly, in that sense, the model can be refined. And if – during a later phase – other players are admitted to the cannabis market (for instance, independent farmers or commercial companies), the proposed model with all its restrictions and regulations can be used unabridged for the additional legal channels.

With the legalization of recreational cannabis markets in Uruguay, Canada, and several U.S. states, a breakthrough in conventional cannabis policy is emerging.

Tom Decorte, a criminologist and anthropologist at Ghent University (Belgium), who has published numerous articles on substance use, cannabis markets, and local drug monitoring systems, argues that most of us are bypassing other, safer forms of legalization, including the nonprofit model. He explores topics such as:

Why we need to consider regulation of cannabis markets.

How local authorities and grassroots movements are advocating change.

How to best design and implement approaches to legalization.

Join the author as he examines international regulatory controls over cannabis possession, use, and cultivation—as well as a framework for regulating the cannabis market via a nonprofit corporate model that promotes public health and safety over profits

Tom Decorte is professor of Criminology at Ghent University (Belgium) where he is the director of the Institute for Social Drug research (ISD). He has co-founded the Global Cannabis Cultivation Research Consortium (GCCRC) and is currently trustee of the Board of the European Society for Social Drug research (ESSD) and of the International Society for the Study of Drug Policy (ISSDP). Tom Decorte has published widely on patterns of substance use, on the supply side of cannabis markets, and on the development and implementation of local monitoring systems of drug policies.