More than I Lost 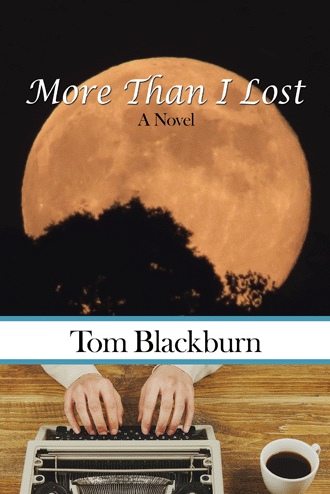 She walked through the kitchen and down two steps to a grassy place at the back, where she worked through the ground exercises that had kept her acceptably tight and graceful this far. They were getting a little harder the last years; when she finished, speckled with twigs and sand, she turned in the kitchen door to let her breath and pulse come back to normal, and to feel the effect of the workout on a body that she considered pretty good for a woman starting to push forty. She inhaled deeply, held it, and traced the line of obliques down a tight belly to solid thighs, and a still handsome butt with no sag to it. Blood coursed through it all, singing at its work. Last night’s rain had brought clarity and freshness to the air. A few sumacs and a bald cypress were showing fall colors. The scrub oak leaves were still green, but they were bug-spotted and leathery, with a jaded look to them, as if the summer had worn them out, along with its welcome. Faye Bynum, 37, took her towel-wrapped self and a cake of Ivory down to the Eddy to clean up, to wash away sweat and the traces of Forde Morgan, and to begin her 38th year in its brisk and tannic embrace.

“Mr. Morgan in?” “Yes, Miss Bynum. Been waitin’ for you.” “I was at the High School. He knew that.” “Yes’m … Just bet he done.” Sharon muttered the last when Faye had sauntered far enough not to quite hear it.  Faye entered her office and heard Forde’s extension ring next door. Announcing her arrival, no doubt. And sure enough here came Forde, ushering ahead of him a coltish, solemn-faced girl of mid-teen years with dark hair, dark eyes, and a remarkably straight, just charmingly off-line nose. “G’morning, Miss Bynum,” Forde said, in formal tones. “Like you to meet my second cousin once removed, Lee Forsythe. Lee, Miss Faye Bynum.” “How do, Ma’am,” the girl said, not offering a hand.  “How do yourself. Not sure I ever met a second cousin once removed. That I knew of. How can we help you this morning?” “Lee is Pop’s cousin Ralph’s daughter Eloise’s girl,” Forde said. “Think that’s the way it goes. Anyways, she’s showing some promise as a writer, thought we might take her under our wing, like, give her some practical experience to go with her English Comp she’ll be taking starting next month. She’ll be a sophomore at Gabbro High, see.” “I do see. Are you old enough to work, Miss Forsythe?” “I’ll be sixteen next month.” Contained, sure of that much. “I read your book, Miss Bynum. I enjoyed it very much.” “Did you. That makes you one of a very select group.” “Yes’m, I specially liked the pieces about the Gabbro County School Board. I about had to laugh out loud, sometimes.” “No more than I, sitting there and listening to them. Mr. Morgan, when you say ‘we’ will be taking Miss Forsythe under ‘our’ wing, I suppose you mean ‘I and ‘my,’ respectively.” Lee Forsythe blushed and looked at the floor. “I don’t mean to be a trouble, Ma’am.” “Well, I would, in your place. Apprenticeships - in which I am a great believer - almost always mean trouble for somebody who was doing fine before you showed up. Mr. Morgan, leave me alone with Miss Forsythe a while so we can get acquainted. Have a seat, Miss Forsythe.” When the door swung shut behind Forde, Faye turned to Lee Forsythe. “Now, tell me - ” “Ma’am, Miss Bynum, I’m sure your time is valuable. I did not ask to be tooken under your wing, and I do not wish to be a trouble to you. I would a great deal rather learn what I can on my own.” Lee bit her lip and blushed deeper. ‘Tooken,’ for God’s sake.

It is 1964 and Faye Bynum, the spunky journalistic prodigy of Time and Chance and Morgan’s Eddy, is facing the onset of middle age and the resolution of questions that she has, until now, been able to defer.

Faye’s companion, Forde Morgan, is pressing her to marry him and bear children. Her fearless editorial stances are earning her the enmity of powerful men who will not hesitate to silence her through violence and murder. Unfortunately Faye is ambivalent about what she sees as a choice between marriage and the end of her writing career and loneliness. As she reflects, she discovers there is only a single line’s difference between a lover and a loner. When a beating and near-rape in retaliation for a pro-union editorial sends her away from Gabbro in search of solace and healing, Faye is led to the one capable of fulfilling her deepest needs. But at what cost?

In the final story in a compelling trilogy, an aging prodigy must face the irreversible choices that come with middle age and learn to live and love in defeat as in victory.

Tom Blackburn has published short fiction in Exquisite Corpse, The Saint Andrews Review, Cairn, and Crucible. He is the author of nine novels centered on the fictional town of Gabbro, North Carolina, and of two texts in chemistry and a how-to book on securing grants for scientific research. Blackburn holds a PhD in chemistry from Harvard University.