Alzheimer’s Through the Alphabet

One Journey of Ups and Downs 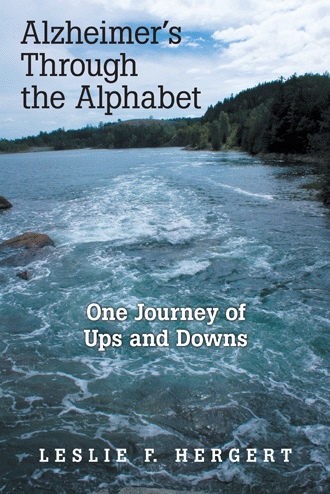 Here is a true fact that most people do not admit when they talk about Alzheimer’s.

People with Alzheimer’s do lots of annoying things: repeating questions and comments, losing things, losing things and thinking someone stole them, putting things in odd places (the keys in the freezer). When Ralph was still working and had not yet been diagnosed, his car broke down in a town about 30 miles from home. He called me at work twenty times in an hour. (I kept track after the first five.) Finally, I left work and went to pick him up. Another time, after he was diagnosed, we were driving to Maine, and Ralph asked “where are we going?” several times in a few hours. The first few times I just answered the question. Then, I tried to use a technique someone described in our support group, answering the question in a different way each time he asked. This might not have been the best for him, but it was entertaining for me! Then, I just got annoyed.

At one point in our Early Stage Support Group, I described this as “the annoying period”. Yes, someone said, but it will only get worse from here. That is true. But the worse it gets, it does not get more annoying. It gets more sad, scary, frustrating, but not as annoying. It would be good if we could appreciate this time as the period when we can still communicate and connect, but I think most of us will just get annoyed and move on.

Shortly after Ralph was diagnosed, after some years of difficulties, I decided that this crisis would give me an opportunity to “become a better person”. I said it as a joke –at least, people always laughed when I said it!—but here is my confession. I actually meant it. I felt bad that I had been yelling at Ralph a lot for the past few years, thinking he wasn’t paying attention, should try harder, etc. I had periods of sympathy and support, and I made sure we explored many possible diagnoses and treatments—depression, sleep apnea, different jobs. But then I would get fed up and start yelling.

In truth, this was not new behavior. Basically, in our relationship, I was often a bitch and Ralph was Saint Ralph. I lost my temper a lot and I was bossy and critical. With the Alzheimer’s diagnosis, I saw that much of my behavior had been unfair and rude. While there were times when I had good reason to be annoyed and even angry, I could have been more accepting and let some things go. Over the many years of our marriage, I had seen Ralph’s good qualities and weaknesses, as well as my own. I had admired his work, his role as a father, his kindness to so many people. I had even begun to accept his shortcomings, because I had begun to recognize and appreciate the fact that he seemed to accept mine. This Alzheimer’s thing would give me the opportunity to become more patient, more accepting, more loving and kind.

Well, that was the goal.

This book provides a vivid story of life with Alzheimer’s—or at least, one story of one family with an unusual sense of humor. Told in an unconventional style (through the alphabet rather than chronologically), Leslie F. Hergert describes the sadness, humor, and challenges of caring for a partner with Alzheimer’s Disease through its many stages. Each letter of the alphabet provides reflections on some facet of the Alzheimer’s experience, told with honesty and a wry eye.

Leslie spoke at our conference on Dementia and attendees said that her stories were the most powerful part of a very good conference. Her book extends that speech to provide an inside view of living with Alzheimer’s, a comfort for others living with the disease and an education for outsiders.

Ms. Hergert writes candidly and poignantly about her experience caring for her husband with early onset Alzheimer’s Disease. She touches upon the major cognitive, psychological, and functional changes that occur over the course of the disease, and she provides practical tips to caregivers on how to manage them. She also writes movingly about the multiple emotions she felt as she accompanied her husband on the journey, reminding all of us that there are moments of joy and laughter even among those of loss and grief. I have no doubt that readers will find her words of wisdom helpful.

Leslie F. Hergert is an author, public speaker, and community activist, who was her husband’s care partner for more than ten years. During her career in education, she was nationally known for her consulting and publications, supporting schools’ efforts to be engaging and equitable for all students.