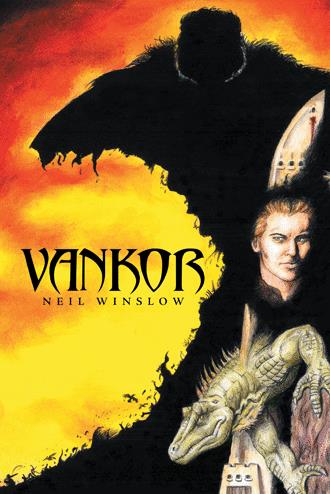 His resolve solidified, he carefully crept towards the little hatchling, saying, “Alright little one, for better or worse, you are coming with me.” Teleth reached out and the hatchling tried weakly to retreat against the pit wall. He almost had second thoughts as it hissed at him, still looking him in the eye. But he grabbed it gently under its body. Despite its weakened condition, it lashed like lightning and bit his wrist. Teleth grimaced and bit his lip, cursing to himself that he should have expected that. The baby lizard could not have been more than a few months old but its bite was strong and its young, needle-like teeth perforated his flesh and his leather wrist guards. Teleth maintained his composure and gently picked up the hatchling, supporting its body and attempted to cradle it. The baby kept its grip on his wrist and Teleth could feel its jaws trying to bite harder. “You’re certainly an unyielding little thing, aren’t you? I’m going to have to clean that later, I hope you know.”

Mankind and lizard men have been at war for many years. Recently, there has been a truce, but peace is a brittle thing, and there are those who will not accept it. When a camp of lizards hunts too close to the humans, all hell breaks loose. An act of fear leads to a massacre of lizards and men alike. Fires burn the dead, and a lone Journeyman is sent to assess the damage.

Teleth is older in years than many of his compatriots, but he is smart, brave, and has a good heart. He’s horrified when he comes upon the many, many dead but takes pause when he finds a small, abandoned lizard child. Despite its initial hostility, the lizard warms to Teleth, so he names his little friend Vankor, which means “fearsome champion.”

It’s not normal for a human to befriend a lizard, so Teleth worries what will become of them both as they travel lands rife with prejudice. Seeing no other option, Teleth decides to raise young Vankor. Perhaps, their dedication to each other will change the world—or perhaps, the bloodthirsty world is not yet ready to find love amidst the hate.

Neil Winslow is from Waukesha, Wisconsin. He holds a degree in graphic design, but his passion has always been for drawing and creating his own stories. He has been drawing since he was a child and has received several art awards, as well as receiving high honors in creative writing.