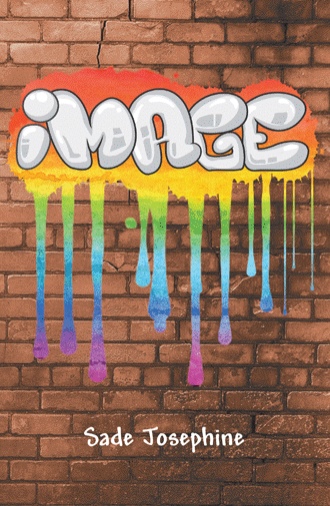 Angelo
My ADHD at eleven was pretty bad and ruined my social life completely. I didn't have any friends to talk to about my life before the age of eleven because I was an odd kid. The minute I was born, I was automatically a grown man. Sounds funny but it's true. I had a lot of responsibility the second I was born. My father had me at seventeen which meant he was terrified of me.
I had no control over my emotions as a baby. I cried a lot but I could tell my Dad didn't know what the hell he was doing whenever it came to anything we did together so I tried to be easy on him. So in a way, I had to not be such a kid and help him when it came to taking care of me.
At five years old, kids were trying to learn how to ride a bike, meanwhile I was busy trying to help my dad hide Vodka bottles from his mom, my grandma, under the TV set. And when he came home drunk, at the age of eight, I helped him brush his teeth. My dad was the funniest guy in the world to me then. This all probably appears problematic but it happened already so what are you gonna do (a phrase I've grown attached to).
Naturally, I was ready for high school. I loved high school. Basketball was my life. Basketball was how I met Leo. I was around Leo so much, my dad started getting mad at me when my excuses for where I was going to all the time starting getting really pathetic. My brother hated it, too. He hated being left out of things. My little brother's weird but a good weird.
I married Leo when I was twenty three years old. I invited all my friends and family but I only remember Leo being there that day.
I thought about all this on the elevator ride up to my condo in Los Angeles, California.

Damn, I never thought I'd say a sentence like that. I used to live in Queens thinking to myself that one day I could possibly end up residing in a brownstone in the Upper West side of Manhattan.
When I stepped out of the elevator, I saw my brother, a teenage boy with mocha brown skin with freckles dancing on his nose and curly flailing strands of matching mocha brown hair. He was dressed in a green plaid vest over a blue button down shirt with dress pants and dirty white converses. He looked like a Target model. His arms were filled with notebooks and he had a black bookbag on his back. He was standing in the hallway conversing with a dark skinned man from inside his condo dressed in a Golden State Warriors jersey and basketball shorts. The man looked completely unamused by my brother's presence but nodded along to what my brother was saying regardless. I forgot it was his day off.
"Mickey?"
Mickey turned to face me. His face had blue streaks of paint under his eyes. Always trying to be original, I thought. "Hey," Mickey said. He gave an awkward wave. "Sorry I think I knocked on your neighbor's door by accident. I thought you said 142."
"This isn't my neighbor," I said. "This is uh Leo."
Mickey parted his lips. "Ohhh yeah." He turned and shook his hand. "Hey, Leo."
"Hi," Leo said.
I laughed as I eyed Mickey's bag. "That's all you packed?"
"The rest of it is in my car." He has a car already?
"Um." Leo pointed his index finger at me. "I need to talk to you."
"Okay. Mickey you can head inside."
"Alright," Mickey complied.
Leo closed the door behind him and stared down at me. "Michael's staying here?"
"Yeah."
Leo chuckled and rubbed the bridge of his nose. "You didn't think to clarify this with me?"
"I just did," I said grinning. "I don't have a choice anyway."
"What happened to your grandmother taking care of him?"
"She's tired. She's 80."
Leo raised his hand up. "Grandmas love kids."
I scrunched my nose up in distaste. "Leo? Are you serious?"
"Yes!"
You're never here so why do you care? I thought to myself. "You won't even know he's here. Besides he's just like me. You like me, right?"
"Angelo." I guess not. "I have to go to a conference in the morning." I don't even know what his job is, to be honest. I think he works in real estate. I like to pretend he's a spy, though.
"Okay? And?"
"I can't babysit. I'm not doing it. I don't like children."
"He's not a child. He's seventeen. I met you at seventeen and we were fine."
"Angelo," he growled. "Who's driving him to school? Who's making him breakfast? Who's gonna buy him new clothes?"
"Me." I flicked his shoulder before heading inside. Leo angrily, took off to his room like a five year old.
"Wow...This place is pretty big. And the view is insane." Mickey eyed a Las Vegas snow globe on the mantelpiece. He shook it and watched the snow fall down around a picture of Leo and I with a cross dressing stripper. "You did good for yourself."
"Thanks," I said. I took the snow globe out of his hands and spun it to face the opposite way.
"Your uh boyfriend..." he jerked his thumb upstairs to where Leo went. "He's real mad at me ain't he?"
"I just didn't tell him you were coming that's all. And he's not my boyfriend, really."
"Oh." Mickey covered his mouth. "I thought you two were still gay.”
I resisted an eye roll. "Oh we are. We're married."

When Angelo Davis was growing up in Queens, helping his dad hide the vodka bottles, he wouldn’t have imagined someday he’d be working as a talent agent and living in a condo in Los Angeles, California.

Davis’ life is in a bit of an upheaval. He never sees his husband of seven years; his younger, teen-aged brother, Michael, has come to stay with him; and he’s guardian and agent of seventeen-year-old, multi-talented celebrity, Reggie Simone.

Reggie lives with three of her best friends, and she’s experiencing some controversy of her own when her sexuality gets exploited to the public for a reason she may or may not regret. Angelo can’t help but reflect on the days he was struggling with his own sexuality.

Sade Corneille is a seventeen-year-old young adult fiction author who considers herself an introvert and part-time extrovert. She currently lives with her family in Scotch Plains, New Jersey.