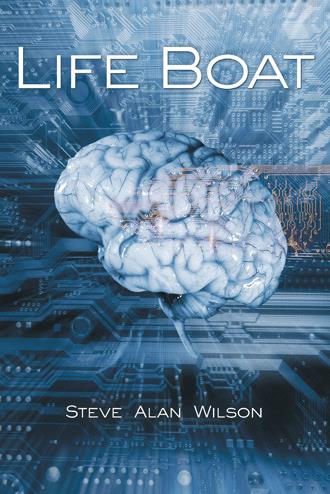 When the light dissipated I found I was no longer in heaven but was lying on a paved surface in a dimly lit tunnel. I stood up and looked around. I felt deeply saddened and was grief stricken that the Lord had sent me back but at the same time I realized I had a job to do, to serve the Lord and drive evil from the Uniweb. I started walking, waiting for sign from the Lord, some indication of what He had prepared for me. I heard voices. I rounded a bend in the tunnel and saw two men talking, one in military fatigues holding a rifle and the other in khaki’s with a light blue shirt. He was holding what looked like a fireman’s axe. I stepped out in the open and they both turned to me. The Lord does work in mysterious ways. Looking back at me was me standing next to me. I smiled and nodded my head.
“Bill! Bill Smith!” I yelled. The Bill holding the rifle let it drop to the tunnel floor, the other Bill dropped his axe. Both looked at me with slack jawed incredulity. I stood in front of the Bills. I was just about to tell them what the Lord told me when I heard someone else from a distance behind the Bills.
“I’m Bill Smith!” I heard a voice that sounded younger but still recognizable as mine. A kid about high school age emerged from the darkness dressed in blue jeans and a t-shirt, he was holding the hand of a small boy, I made him to be about six, “I’m Bill Smith, and this is Little Bill,” he turned to the child.
“Yes, you are.” I said grinning.
“And so am I!” We all turned to the sound of the new voice, ours, and saw a man in a pressure suit walking toward us. His head looked small compared to the bulky suit. He was carrying his helmet in his right hand.
“And, well, here’s one more.” We all looked and again and out of the distance materialized Bill Smith, this one dressed in dress pants and an open collared white shirt dirty from some unknown exertion.
We stood there, seven Bill Smith’s, the child, the student, the young man, the writer, the astronaut, the soldier, and me, the one who met Jesus. This was going to be awesome!
“Well, isn’t this interesting? Just a few seconds ago I was in heaven with Jesus Christ. You?” I motioned to the student.
“I, I’m Bill Smith and I was in school, Jackson High on the third level. I was trying to get close to my girl Martha when… I’m here. I saw this little guy and brought him along. Who are you? You look familiar.”
He knelt down and looked at Little Bill who looked back at Student Bill and then up at the group, “My name is Billy Smith. I was with my Grandpa and Grandma. When I went to the bathroom I opened another door and I was here. Where’s Grandma and Grandpa?” He looked to the Bill in military fatigues.
“I don’t know little fella. I was running from a group of government flunkies trying to kill me because I stumbled on their secret UFO base down here. You?” He passed to the astronaut.
“Yeah, I’m sure this will all sort itself out once I wake up but for now I was on the dark side of the moon defusing a bomb in order to save the world. Next.”
“Well, uh, I’m a writer and I was, um, being chased by the Dark Man. I may have…”
“The Dark Man, yes me too!”
“And me!”
“He was in the bathroom with me. He scared me.”
“Yeah, he almost got me, got away through a trick door!”
“Yeah, meet too, tall alien with red eyes.”
“Tall with red eyes but not an alien, a demon.” I saw the look of disbelief on their faces.
“I know how difficult this is to believe, but humor me for a minute I may be able to help, after all, I would bet each of you has a pretty interesting, and unbelievable, story to tell about how you came to be here.” The Bills nodded their heads, some rolling their eyes, “I don’t know how but I was in heaven with Jesus. The Lord told me my job was to rid the Uniweb of evil. He said he was sending seven and here we were. He also said that Satan would send the Dark Man after us to try and stop us.”
“Uni-what? What are you talking about?” Writer Bill asked.
“I, ah, I may be able to help with that.” Young Man Bill had been kneeling just outside the circle where he had grabbed a handful of dirt. He straightened up and stepped out from behind the astronaut, “I think I’m the reason all of you, we, are here.”
“What?”
“How so?”
“Well, I come from a place where all people live underground because of the burning rays of the sun.”
“Oh, great, is that what I have to look forward to?” A frown appeared on Writer Bill’s face.
“I don’t know. I don’t know about any of this, where you all come from, or why we’re here. I don’t even know if this is real.” The young man looked down and shook his head; in frustration he threw down the handful of dirt. Looking back up and around at the other faces he tried to explain, “I got hurt getting here. I felt the pain; look there’s still dirt on my hand.” He held out his hand, “I can see and feel and hear. I’m sure all of you would say the same. But where I come from this could all be made up inside a machine.”

Having to move indoors away from the killing rays of the sun has forced the world to reevaluate its priorities. Because of an accident that fried the sky, humankind will never again walk freely out in the open. Most are resigned to living underground.

Bill Smith is just an average guy living in one of the underground cities in the Freeland District in the old state of California. After some convincing, Bill finally accepts an invitation from a friend to take a trip in an old amusement park ride named the Lifeboat. When he finds himself helplessly trapped inside the mind of the ride’s sentient biological computer, he must summon help from Christ to rid the machine of evil and destroy its brain before Satan gains control. But will God’s messenger find a way to complete his mission or will evil triumph over good in the Lifeboat?

In this entertaining post-apocalyptic science fiction novel, a man who becomes trapped inside a machine learns that he cannot defeat evil without help from Jesus Christ.

Steve ALAN Wilson is a born-again Christian whose writings bring the reader closer to Jesus Christ through the genre of science fiction and fantasy. His love of the Lord is expressed in his quote, “Jesus Christ is the hero of my life and the hero of my books.” Steve resides in Ankeny, Iowa. This is his first novel.