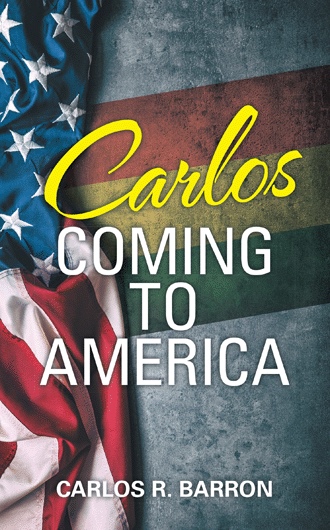 I am one of the believers of the saying “If it works do not fix it “so far my eyes are working so-so, but I do not drive at night, I do not trust myself to read signs on the street..

So, today I told my friend Enrique, He is in La Paz, Bolivia I told him, that I have to finish my memoir this year, because I am running out of time, I am already 80 and waiting for an Eye operation, whose outcome nobody knows except for the probability that will be Ok.

I was a volunteer in 2008, for Barack Obama for President; I was very happy, I liked him because he was a very intellectual President, only in America Barack being an Afro American can become President in a nation that still has discrimination, but America still has less discriminations than any country in the world; that what make America great.

I met Barack Obama wife Mitchel when she came to Milwaukee, to help Obama. I remember I introduced myself like this; I am Carlos from Bolivia and a supporter of your Husband, and please tell Barack to concentrate on the Latinos in Texas, this was during the election and did, Barack before he was President got the Latino vote in his favor.

He took the troops from Iraq which was good, that was one of the reason He had elected, though lately, we have another problem with Isis, anyway we did leave the majority of troops. In my opinion President Obama came at the right time; he looks in the future to talk to Iran, a very important country that is essential for peace in that area; If Romney would have won, he promised Israel that will help Israel, I remember I read in the New York Times Magazine the plans of Israel to attack Iran, a war that would put America in a senseless war that we cannot afford.

In fact, that is one of the reasons oil is cheap, so cheap that affected badly Venezuela, Russia etc.

Today January 27, 2016. I would be in the USA for 56 years, since I arrived to the USA with a student visa. Now, I am a veteran of this Country and very proud of it.. I joined the American Legion in Menomonee Falls. Wi ; very close to my house in Milwaukee. Post 382.

I never thought that to write a memoir was going to be easy, especially when you get older in my case 80 years, sometimes I forgot the past experiences I had, but the only reason I am writing this book, is to let the American reader know how some immigrants had difficulties in coming to America, and become a person of good and to be a good citizen of this country.

In my case, I always wanted to come to America, maybe because I learned the Language, I remember my brother in Bolivia that worked in the University in my home town Oruro, Bolivia that book was a history book, I remember I memorized the Gettysburg Address of Abraham Lincoln, to the point that I memorized it all this before I came to America, also read the constitution of the USA and memorized the preamble, all this was in that history book, my brother Jorge gave to me.

Sometimes, I surprised myself the things we did with Enrique, in Oruro we study the Jehovah Witness Bible in English, the reason was more to learn more the English Language.

And when I was in another city in La Paz Bolivia in the University of San Andres, studying Petroleum Engineering, in Laz Paz there was an American church a Methodist Church, were the American Embassy personnel attended, I used to attend every Sunday just to understand the sermons,

I remember I was the only Bolivian there, they were very friendly as American church goers always are.

I remember when President Nixon came to La Paz Bolivia, around 1956 I was in the University, I approached his car and shook hand with me, I remember I said Mr. Nixon welcome to Bolivia, and he said oh you speak English and I remember he said why don’t you come to the USA, and I said to him : “It is my golden dream”, and it really happened, like I am mentioning in this book now.

Since I do not have enough pages for a book, I decided maybe I should forget writing my memoir, because my coming to America and the time in the Army only cover like 16 pages.

Anyway I decide maybe I should keep writing what is happening in this election time in the 2016, with Trump really wining, In my opinion I believe He will be the next President of this great country, like Trump says all the time “we will make America great again”, and he means it.

The only thing I do not like about Trump if he gets to be President, He wants to kick 11 million illegals, that would not be practical, I was thinking who is going to cook breakfast for Trump in the Greek Restaurants, like in Milwaukee city where I the cooks are Mexicans, not a practical. Trump idea.

Carlos R. Barron grew up in Bolivia, but he was determined to come to the United States of America.

He and his friend, Enrique, went to extraordinary lengths to make their dream happen—even infiltrating the Amerian Embassy in La Paz, Bolivia, to plead ther case before

being stopped and interrogated (and eventually let go) by American civilian police.

They also wrote a letter to President Dwight Eisenhower seeking his help in coming to the U.S.A.— and they were astounded when he wrote back, suggesting they apply to certain institutions. three years later, the author was accepted to the Milwaukee School of Engineering.

Barron’s mother had to sell her house to pay his $350 airfare, and he was able to cash in a small scholarship to help pay for his studies, but he was on his own after arriving in the United States in September 1958.

After a professor sponsored Barron for a green card, he became an official resident, and before long, he was drafted into the Army. He looks back at his amazing adventure in this memoir.

Carlos R. Barron, a native of Bolivia, came to the United States of America under a student visa. After a professor sponsored him for a green card, he was drafted into the U.S Army. From there, he went to basic training and Army Radio Repair School before being sent to Erlangen, Germany, from 1962-1964, during the Cold War. He currently lives in Milwaukee, Wisconsin.